“I’m not really a drummer,” asserts Kevin Godley laughing. “I’m a creative person who plays drums… occasionally.” But the innovative former 10cc sticksman’s enthusiasm at playing drums again after a lengthy lay-off is clearly evident. Linking up with his former schoolfriend and erstwhile Mockingbirds and 10cc cohort, Graham Gouldman, in gg06, Godley got behind a kit to record for the first time since Godley and Crème’s final studio offering, 1988’s Goodbye Blue Sky. 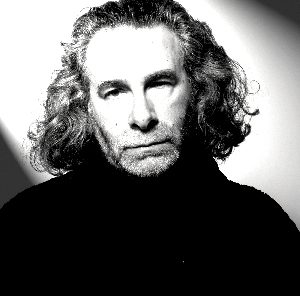 “I forgot how demanding it was, especially when you haven’t played properly in about 20 years,” he says. “It wasn’t like riding a bike. It took me a day to get back to basics. “I was keeping time quite well but I was scared of the toms. They looked so far apart and so far away.” “Barry’s Shoes (one of a number of songs recorded for download on gg06.co.uk) was the kind of track that required proper drums. It was so much more rewarding than drum programming. I was looking forward to it, it was very exciting. I thought I would be a physical wreck the next day, but I was fine.”

Not really a drummer? Yes, he’s a lead singer – with one of the most underrated voices in rock history; yes, he’s a songwriter par excellence; yes, he’s a videographer extraordinaire. But above all Godley is a musician, eager to experiment, searching for sounds and rhythms that fit his song to a ‘t’. And a drummer? You bet your life. He excelled in underplaying, like an actor at the height of his abilities. There was no flashy bashing and crashing. Godley’s seemingly simplistic playing was carefully considered, a perfect complement for every track.

“I would hate to be one of those people who think ‘I’m the drummer…how can I shine on this?’ Drums are a team instrument, another part of the song; a sound.”

The 10cc Mark 1 canon saw Godley at his the top of his powers behind the kit. Lest we forget, 10cc never played simple songs. The hard-rocking Silly Love abruptly breaks into a bolero-style middle eight; Life Is A Minestrone incorporates subtle changes in feel; there’s sublime bass pedal playing on the ballad I’m Mandy Fly Me, while Godley’s percussive nous permeates album tracks like the epic Une Nuit In Paris. “I would consider what sound would be best for which song. Would I need a full kit, woodblocks or just a tom, or no drums at all? I’d written half the stuff we’d been doing but I never sat around thinking how to shoehorn standout fills into the mix.

“The material should always dictate how it is recorded, how it is played. It was always about the song, not about me. ”It was also about searching for a way in, trying to help everything to gel. The search opens doors. It can be a simple triangle that brings the track to life.” And with Paul Burgess – who enjoyed a long career with 10cc and still plays with Gouldman in “10cc Featuring Graham Gouldman And Friends” – brought in for the live shows to allow Godley greater flexibility to stand out front and sing, Godley proved he could play, mixing it up and bashing out grooves aplenty with Burgess as a tight-knit unit.

Yet for another quirk of musical fate, drums may never have featured. The Lancashire-born Godley started his career on a bass guitar. “A six-string Hofner Club 50,” he recalls. “I wasn’t very good at it, but my next door neighbour, who was a rich boy, got a drum kit for his birthday. I visited one day when he was playing and he was dreadful. He couldn’t quite get the co-ordination together. He used to go into a roll and come out backwards. “I sat down behind the kit and somehow I got the whole independent suspension thing. It all felt natural, much more so than bass or guitar. “Playing drums was the first time I really created music.”

A succession of local Manchester bands followed – “We used to play ice rinks, weddings and dances.” – yet slowly but surely the creative partnership between Godley and multi-instrumentalist Lol Crème was being forged. Godley suggests their art college background led them to challenge musical art, to strive for new sounds and new approaches. “He would drive down in a van from Birmingham to Stoke-on-Trent, where I was at Art College, with a Hammond organ in the back. We would play loud, weird jazz all night. Annoy the neighbours.

“I was spending more time playing than doing graphic design and the college had a word with me about it. But I loved playing drums, the whole vibe, hiding at the back, being the engine of the band. I was never that serious, never a dedicated drummer, though, never into learning. Lol and I were writing more and more, and drums were a tool, as much as a guitar or keyboards. I was never a purist.”

We were interested in “pushing the envelope” as people call it now. Pushing our luck is closer to the truth. We were a completely unique entity, self-contained without rules but we found an audience. How lucky was that?”
At around this time, Eric Stewart and Gouldman, who had joined Stewart in The Mindbenders, invested in Strawberry Studios in Stockport. Godley and Crème were on hand to help, spending hours and hours there. “Strawberry was just beginning,” recalls Godley. “They had just bought a four-track tape machine which was the epitome of hi-tec, even though the tape was the size of a bog roll. “We would play to test the equipment”. It was great fun and led to a surprise hit single for Godley, Crème and Stewart. Neanderthal Man by the trio in the guise of Hotlegs was a UK number two, while it reached 22 on the other side of the Atlantic.

“I laid down a beat and Lol was singing into the bass drum mic. It was something he sang a couple of weeks earlier in the back of a taxi. I wondered what would happen if you put another layer of drums on, and then another. About four layers in we got this thick, heavy drum sound. When a London hot shot publisher came into the studios, he heard it and declared it a hit record. Unfortunately it got erased by accident and we had to start from scratch.”

With the single duly released and climbing its way up the charts, the pressure was on to tour and record an album. Bass player Gouldman returned to the fold and 10cc was born. “I think it was part of our DNA to manipulate sound. 10cc was a chemical reaction between four individuals with different tastes. Our functions were totally different. Lol and I came from an art school background so we were a bit pushy with the experimental side of things. We were interested in “pushing the envelope” as people call it now. Pushing our luck is closer to the truth. We were a completely unique entity, self-contained without rules but we found an audience. How lucky was that?”

As a drummer in a successful rock band, Godley was willing to sacrifice playing drums to get the right sound for the song. This carried on when he and Crème split to form Godley and Crème, continuing to experiment with drum programming and recording techniques. For the track Foreign Accents on 1978’s L, he laid down a hi-hat loop “followed by hitting percussion and drums randomly” indicating places for notes to sit within the tempo instead of the tempo itself.”

There were hit songs with no hint of drums on them, such as Under Your Thumb, simple bass drum driven melodies like Cry and then faux-Motown beats on Wedding Bells. The album Goodbye Blue Sky was a “drum heavy album”, says Godley, a return to form behind the kit. And then the music – as far as Godley and Crème went – stopped.

Their dual career as videographers (they were responsible for Visage’s Fade To Grey, The Police – Every Breath You Take, Duran Duran – A View To A Kill, Peter Gabriel and Kate Bush’s tour de force, Don’t Give Up and The Beatles’ Real Love) allowed the reluctant drummer a chance to keep his hand (and feet) in. “Sometimes on a shoot before a band came on set I’d sit down and play on the kit, until I got caught,” he grins. “I guess the reason why I didn’t play drums on a lot of late era Godley and Crème stuff was because we recorded at Lol’s house. You use what you’ve got and we didn’t have room for a kit. You have an image in your mind’s ear and for a while we used machines to realise it.” Needs must.

The opposite was the case for Une Nuit In Paris (Part 1), The Same Night In Paris (Part 2) and Later The Same Night In Paris (Part 3), the opener to The Original Soundtrack – which, musical legend has it, provided the perfect inspiration for Queen to attempt a similar fusion of seemingly mismatched styles and rhythms in Bohemian Rhapsody – and a Godley and Crème masterpiece. Aside from fantastically funny lyrics, there’s bongos, hi-hat work and thudding drums to just vocals and piano. Knowing when to play and when not to has been a strength of Godley’s through his career.

“We were trying to re-conjure the magic of big, retro Hollywood musicals, like an American In Paris. It was a lot of fun. Big on complexity and detail, small on groove, though. I missed ‘small’. Didn’t realise how much until recently. “Sometimes there’s nothing like sitting at the kit and just playing. Turn off the brain, react to the bass and walk the walk. Whichever way it pans out, it all starts from there doesn’t it?”