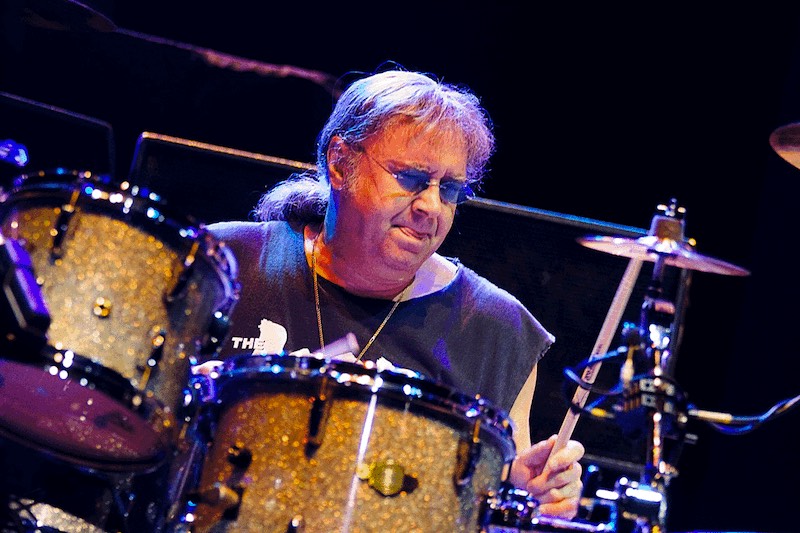 Ian Anderson Paice was born on the 29th June 1948 and is of course best known as the drummer of Deep Purple, where he is the only remaining original member.

He was born in Nottingham, but moved away as a young child, and got his first drum kit at 15. He started his professional career in the early 1960s, playing drums in a dance band run by his father. The first rock band he was in was called ‘Georgie & the Rave-Ons’, which after being renamed ‘The Shindigs’ released their first single when Ian was just 17.

In 1966 Paicey joined a band called ‘MI5’ which eventually changed its name to ‘The Maze’. They were pretty much a club band although they produced a number of singles, recorded mainly in Italy and France.

‘Paicey’ is another of my contemporaries whom I’ve known for a good part of my drumming career. We’d bump into one another at gigs and Drumstore although we never coincided at auditions.

Talking of auditions, there is a rather good story where Ian’s mate turns up for an audition, and Ian, who’s not even supposed to be there, gets the job;

The lead singer in Maze was Rod Evans who along with Ian, formed the original line-up of Deep Purple. In March 1968, Evans responded to an advert for a lead singer, published by Deep Purple’s management. He showed up with Ian Paice in tow to keep him company. Purple’s first choice of drummer was Bobby Woodman, who let it be known he disliked the band’s musical directions. They immediately auditioned Paice who got the job!

Groups tend to not last forever and after Deep Purple split up, Ian Paice went on to form a new group – Paice, Ashton and Lord – in 1976. The band also had singer/pianist Tony Ashton in it, Deep Purple organist Jon Lord, guitarist/vocalist Bernie Marsden, and bassist Paul Martinez. 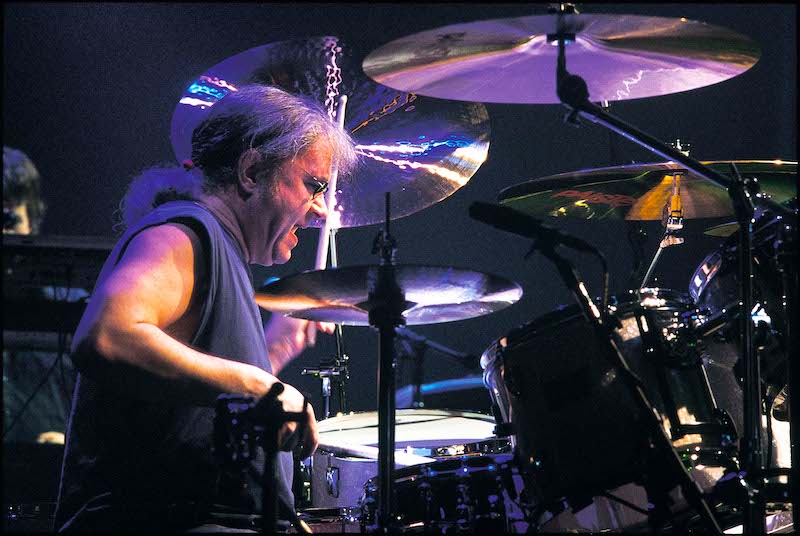 In August 1979 Paice was asked by David Coverdale to join Whitesnake on a Japanese tour. He stayed with the band for almost three years. He appeared on four Whitesnake albums from 1980 to 1982.

This version of Whitesnake featured Jon Lord which meant three members of the second version of Deep Purple were in the band during this period. Following ‘musical differences’ with David Coverdale, Paice left them in January 1982.

Soon after Paicey got together with Gary Moore for an album. Moore’s manager subsequently came up with the idea of the two of them putting a band together under Moore’s name, so that his management would take the business side of the project, with Paice having a sizeable interest in the band. The collaboration turned out to be a successful one. Paice left Moore’s band in April 1984 when Deep Purple reformed, and he remains in the band to the present day.

In 1983, Paice took part in one of the first symphonic orchestra tribute recordings paid to a rock band. ‘Arrested – The Music of Police’ was a joint venture by the Royal Philharmonic Orchestra, conducted by Don Airey and other assembled rock musicians.

Paicey has been around – in July 1989, Paice took part in George Harrison’s recording session at Friar Park. Ten years later he joined Paul McCartney at Abbey Road for the recording of Run Devil Run with an auspicious line up including Dave Gilmour.

After recording a Cavern show, Steve Morse said of Paice: “He’s like a real heavy Ringo. He’s just so good on the drums, but doesn’t want to make a big deal about it”. 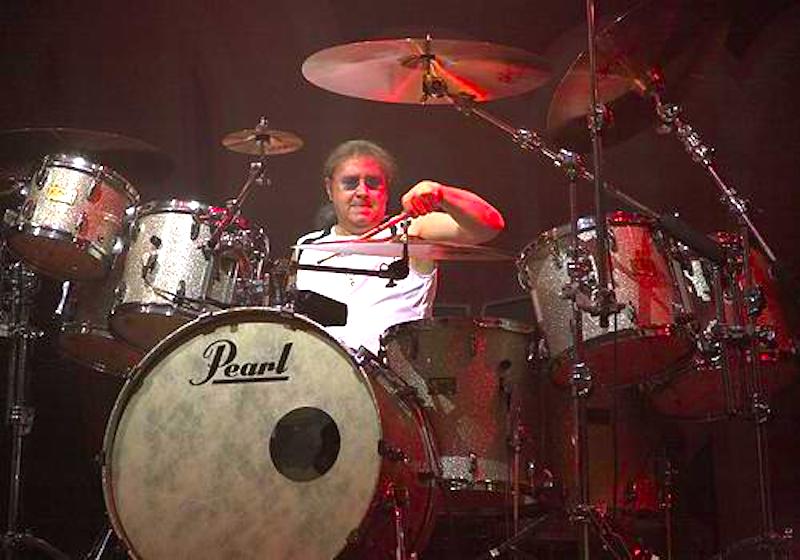 Paicey has been doing drum clinics extensively since the 1980s. Additionally, he very often gives performances with Deep Purple cover bands, playing many obscure Deep Purple songs, often never played by the band itself. Ian told me he still keeps his hand in by playing with at least one Purple Tribute band in Europe.

But in 1982 he switched companies from Ludwig because Ludwig’s development wasn’t going forward and he got a better deal from Pearl. His Supraphonic snare became the blueprint for his later signature snare from Pearl, which is still available today. 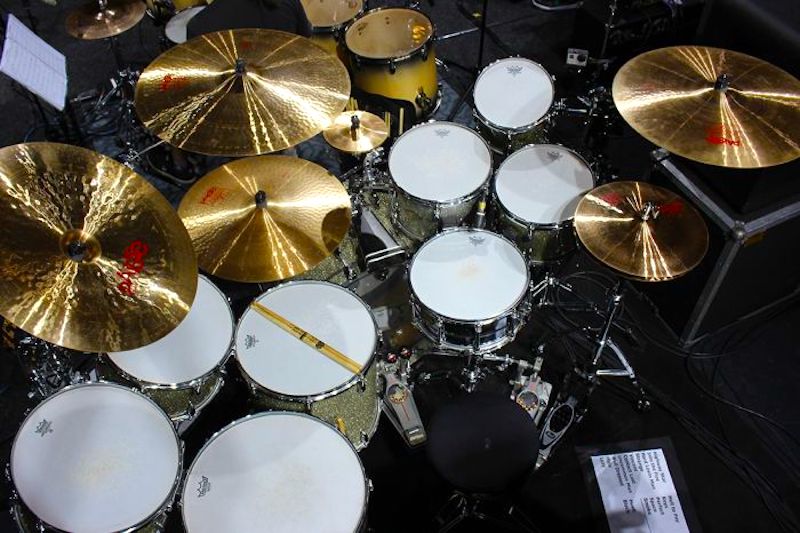 He is primarily a leftie and uses matched-grip. He is well known for his extremely fast and smooth single and double-stroke rolls, as well as single bass pedal speed. He is almost always seen wearing glasses with blue (or occasionally green or purple)-tinted lenses.

I have interviewed Ian a couple of times for a film, and we had a great time – if memory serves me right we had a full house breakfast in a pub down by the Thames in Shiplake. The film, by the way, is out now on Netflix (as of September 2021). It’s called “Count Me In” and I hope you like it!