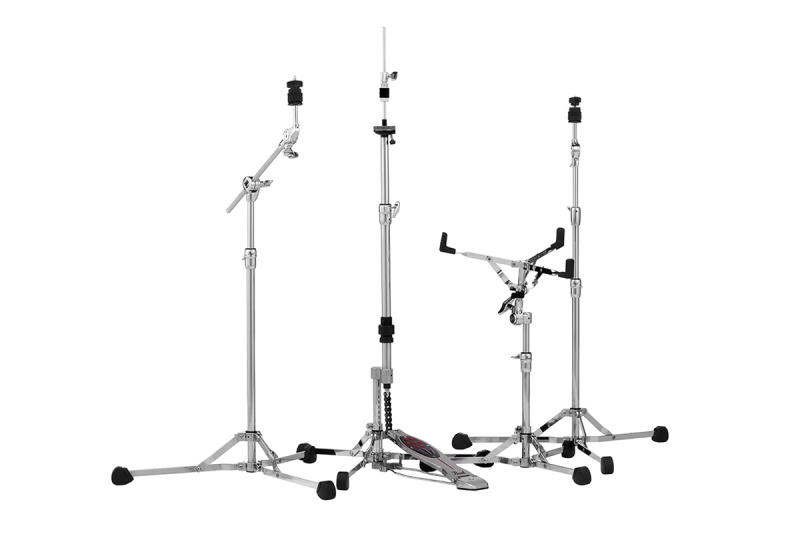 Ok, so I am a fan of the lightweight hardware thing and I currently own representatives from three different manufacturers’ offerings in that area.

As I entered my mid-forties – now some time ago – I found the lower weight in my hardware bag much more appealing, with the flat-based options providing more flexibility in the floor setup too. As I’m now older, as a gigging drummer I’m finding the practical side of these lighter stands something I probably couldn’t do without.

However! Lightweight stands, while maybe initially being a thing for the middle-aged and beyond are now something for everyone and I know at least one drummer half my age who uses them all the time.

Onto the stands in question.

‘returns with even more features for the gigging pro. The BC-150S (Boom) and C-150S (Straight) are lightweight, highly-portable cymbal stands featuring an exclusive low-profile flush-base design that is convertible to a traditional tripod base. Its Uni-Lock gearless tilter assures slip-free performance at virtually any angle. The H-150S Hi-Hat Stand is designed specifically for double pedal play with independent tripod, making it the only flat-based hi-hat stand with swiveling legs.’

I have to say I really liked these stands and had I not already got a set of lightweight flat-based stands I’d definitely use them. 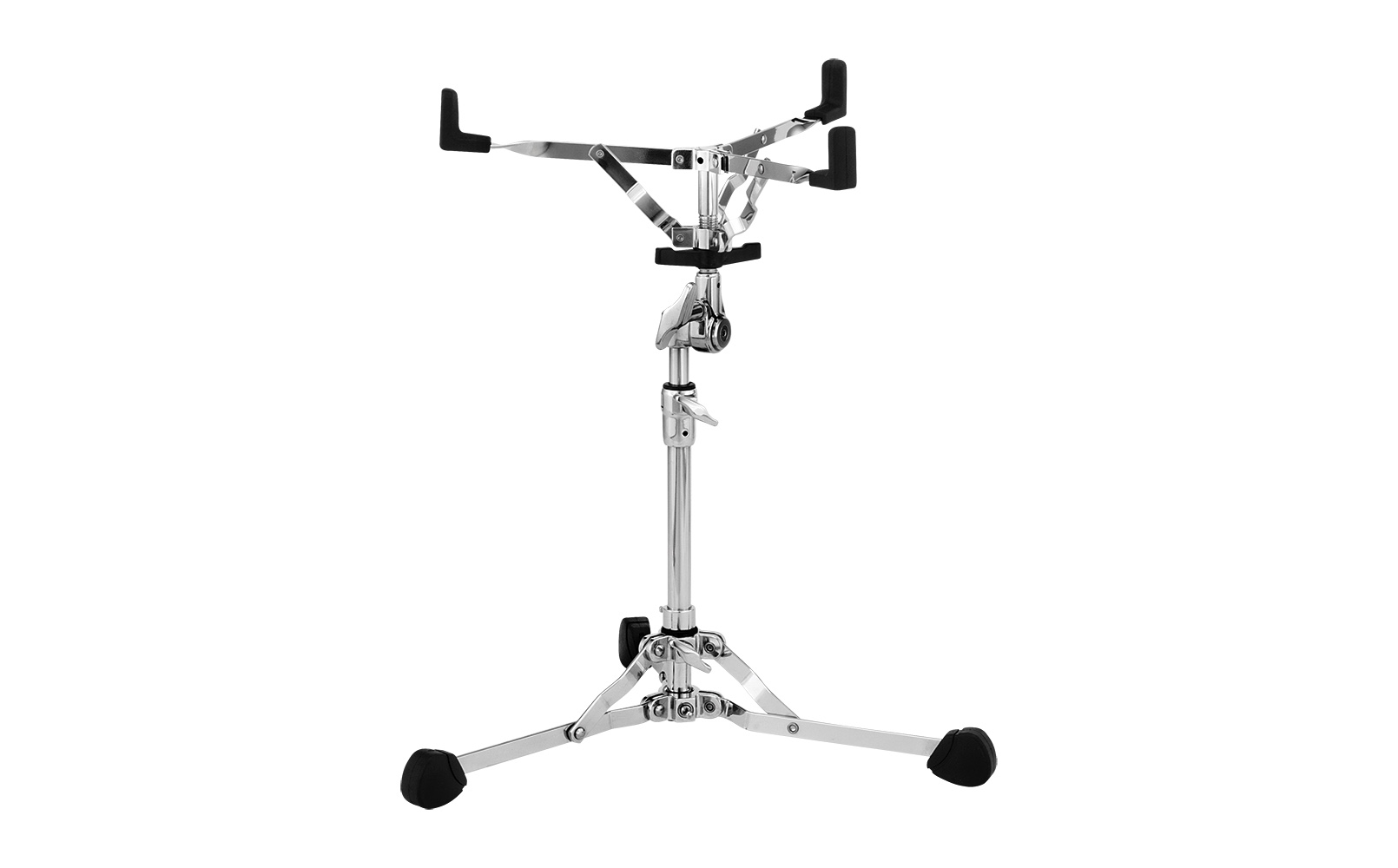 All of my stands are fairly lightweight, two of them are flat-based though while the other is more traditional but much lighter; one is practical in use, the other is better for my back. One of them has leanings towards a traditional 1960s design, while another is ultra modern. The flat-based offers good practical options when setting up, while the very lightweights are somewhat prone to the age old game of finding space on the floor without overlapping… Arguably, something for everyone. That said, I found that these Pearl stands offered a good range of options with respect to all of these nuances.

The cymbal stands are solid and extend to a good height. The tilters on them are easy to use and give a wide level of adjustability. They also come with a choice of washer; one side is foam, the other felt, which give slightly different feels and sounds when in use.

The hihat stand does indeed swivel and would easily accommodate a double pedal. I’ve never really tried a flat-based hihat stand so I was pleasantly surprised to find how sturdy it was and how it didn’t really feel any different to a more traditional model. 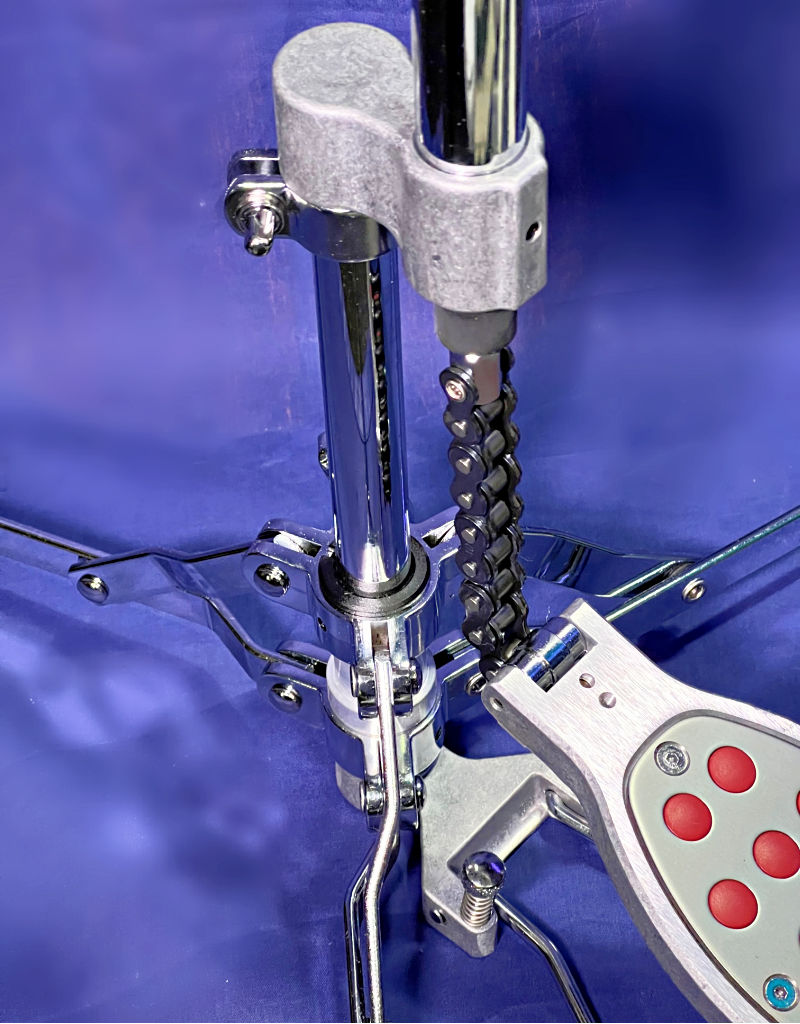 While all of the models’ bases are indeed flat, they are also useable in a more traditional tripod configuration too, which I found useful in a tight space with several stands together. That was something that neither of my two flat-based models offer but a problem I am always facing.

My only real gripe with these stands was with the snare stand, and even then it’s a personal thing. However, it’s probably something which could probably be levelled against most manufacturers in the same context as well.

Now, this stand’s design either works on the principle that I like to sit higher than I do or that I don’t like to use anything deeper than a 5” snare drum. It’s not a deal breaker, but neither of these is particularly true. What I would really like to see though, is a low profile version of this stand like Pearl already does with some of its other snare stand models. That would be ideal for people like me. I actually have a Pearl low profile stand that I use with my lightweight stands all the time and it works great.

The one downside with most of my current choices is the lack of features. And, when I say features, I don’t mean flashy features, just mainly practical ones. These stands from Pearl seem to address the little issues I have with my own purchases.

They’re not elaborate, heavily engineered stands which give the impression they’ve been overthought to death, but rather seem to be practical with the gigging player in mind, and that’s what I liked most about them.