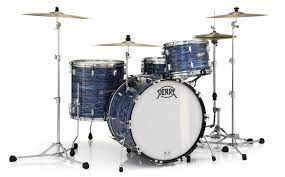 This is one of the easier reviews I’ve done because I own these drums. Actually, I own two sets of these drums. I shall explain why.

The President series are a reintroduction of Pearl’s 1961 drums ‘culled from the very origins of The World’s Largest Drum Company, President Deluxe Series revives the warm subtlety of our original tone wood for a traditionally full, controlled playing experience.’ 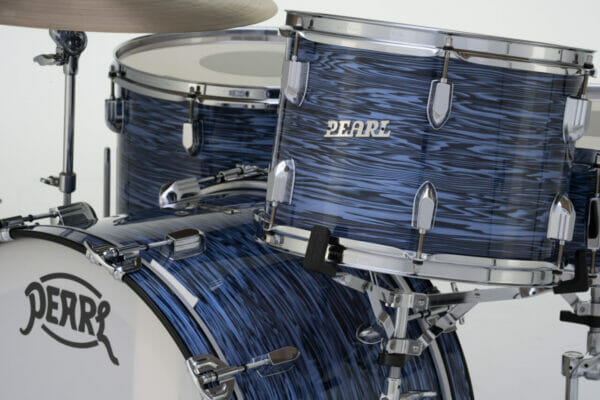 The line features vintage stylings in the lugs, finishes and other general fittings which deliver a solid overall vintage feel. The drums have ‘battleship’ lugs, internal mufflers – with big, but not too big, adjustment knobs – 2.3mm triple flanged hoops (the kick drums have matching wood hoops), T-claws on the bass drum and a vintage looking Pearl metal script badge.Also included in the kit package is a bass drum mounted cymbal arm, muffling pillow and felt strip, port hole and a drum key.

The shells are made from 6-ply (7.5mm) lauan (also known as Philippine mahogany or meranti) which isn’t one of the more premium woods out there but absolutely delivers a lot of tone and warmth. The edges have a rounded 45’ cut.

I would describe these drums as ‘modern vintage’. Ok, I think the general intention for these drums was for that to be the case, but these really have that unspoken vibe to them and that’s something special which you can’t just throw into an instrument.

When I first saw these drums on paper, I was intrigued. I thought they looked cool, I loved the Ocean Ripple finish (that’s blue in the real world) and the whole idea of them seemed like something I’d want to get on board with. So I bought the snare drum. I wasn’t really in a position to buy a kit and at that point; I doubted I would be able to get one due to space reasons. 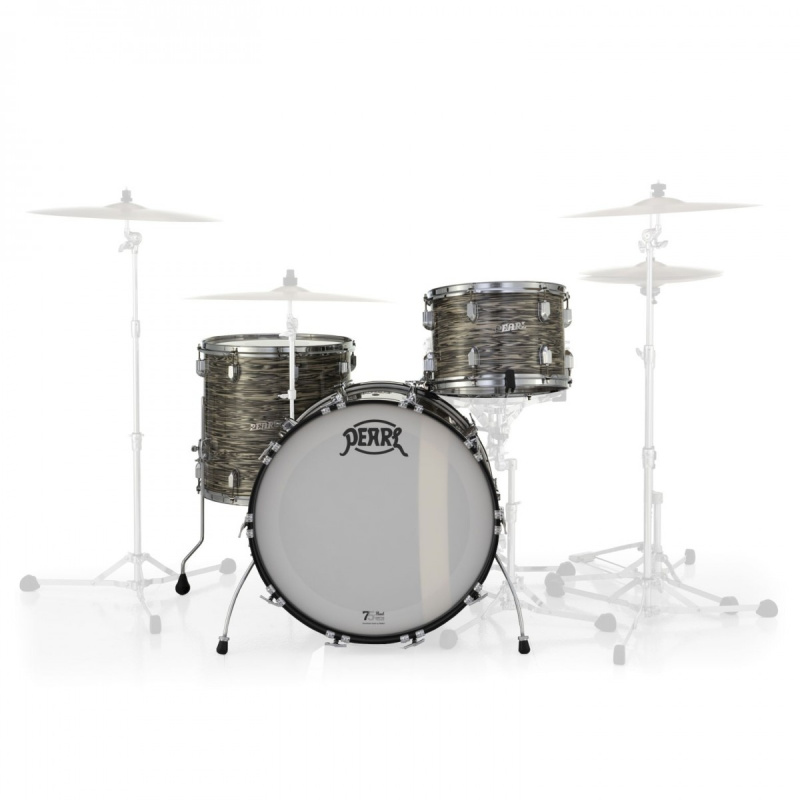 Typically, as is the case with me, if I like something I tend to go completely overboard with it and so in early 2022 I bought the larger of the two kits. I loved it from the off. In fact, I rather liked it a bit too much as not long after I bought the smaller kit too. Not the smartest of moves when you’re trying to actually make space in your studio, but why not? Buy now, worry later is what I say. I have been very happy with both kits though.

I have to say that when I first played these drums I could not understand why they came with a) Remo UT heads on them (i.e. not the USA premium heads) since these are neither cheap drums nor are they low end, and b) why they came with black dots. It seemed to me that the choice of black dots kind of went against what these drums were – as mentioned, a reintroduction of a classic Pearl line from the 1960s.

That said though, once I’d actually tried the drums with these stock heads on, it did make a bit more sense: they definitely do have something with the black dots on. They wouldn’t be my first choice with a kit like this, but they definitely work, producing a tighter, but still fitting, sound. I did enjoy them way more than I thought I would with the supplied heads.

Personally, I prefer the toms with coated heads on as they sing a bit more and they’re more open, with the kick drum having a premuffled batter and the stock coated front side.

If you’ve ever tried to gig a vintage kit, you’ll agree that one of the slightly less fun things about them is the sometimes unreliable hardware on the shells, however, this kit has none of that. It’s all completely solid and quite sturdy, and that includes the bass drum cymbal arm.

Pearl originally reintroduced the President series in 2021 as a celebration of the company’s 75th anniversary, but in 2022 they’re gone and expanded the line by adding 24 & 26” bass drums, 10 & 14” rack toms, 18 floor tom and 8 & 10” concert toms. As a fan of the line, I found this to be great news and also most annoying as I really want a 10” tom now. And the concert toms look pretty good too…

In summary, these really are modern vintage drums and have some of the best vibe to them of any drums I’ve owned or reviewed. And I don’t say that lightly either as I’ve played some really nice drums over the years. Everything about them makes you feel old school.

What I like about these drums the most though is that they have the same vintage feel to them as my 1964 Slingerland kit but with hardware I know I can trust won’t go wrong on me mid-gig.

So, for what it’s worth, my money is already where my mouth is on these…