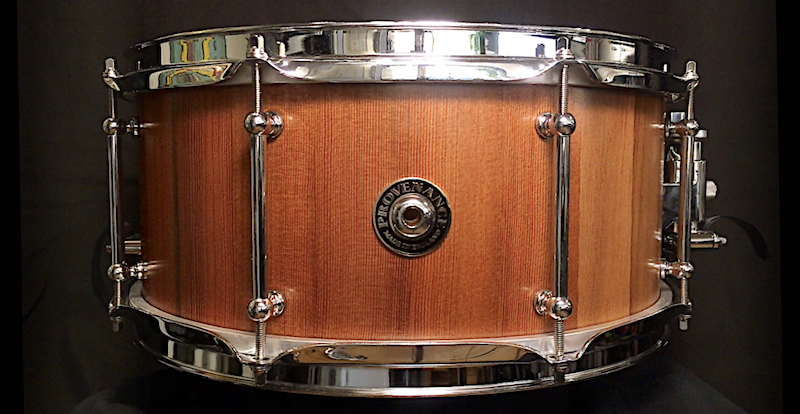 Another quality piece from Provenance…

If this is the first time you’ve come across the Provenance name, check out some of the other snares I’ve reviewed and I’ve covered them in more depth, or go to the company website.

That said though, the basis of Provenance’s shells are that they are made from reclaimed materials of historical or significant interest. The provenance for the wood used in this drum is as follows:

The shell is stave built, using timber from the deck of the MV Ross Revenge. Built in 1960, she has been the home of Radio Caroline since 1983. For over 8 years she was kept at anchor outside UK territorial waters, broadcasting to 23 million people. Since 1991 she has been cared for and maintained by enthusiastic volunteers whose aim is to preserve and restore her to her former glory.

The wood is Alerce, a member of the larch family, grown in South America. 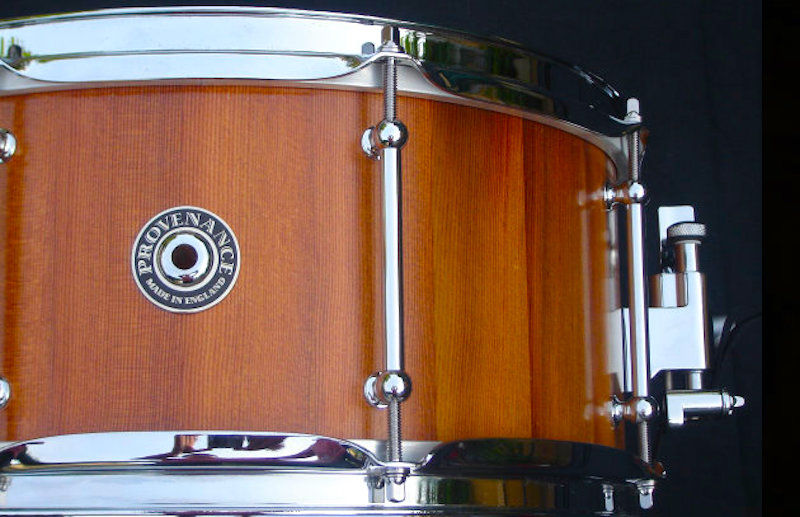 Visually, the outside of the shell could be perceived as being a little bland at first glance. A good close look will change that though. The grain is vertical and the colour of the staves changes throughout, actually making it really quite interesting to look at. Strangely, I almost found the inside of the drum more visually interesting than the outside since there’s loads of character on the inside as well.

To play, I found the Radio Caroline drum to be thoroughly versatile and easy to play and tune.

Higher tension was crispy, medium tension (which was my favourite sonic position) was full bodied and balanced, and low/very low tension had more body and low end. In fact, the lowest I tried the drum at – probably way lower than I would normally use a snare – produced a great 70’s wet sound with no muffling. There was a lovely ring to the shell at all tensions I tried it at which was also very pleasant.

I like the slightly odd sizing in the depth, but at the same time, the shell depth itself in terms of sound feels and sounds much deeper than it actually is.

This is an expensive drum, but that said, taking into account the less commonly used wood, the fact that it’s hand made and is unique, for me, mostly balances this out. It’s not for everyone but it is a quality, very high end drum which looks wonderful, plays beautifully and is sonically versatile.