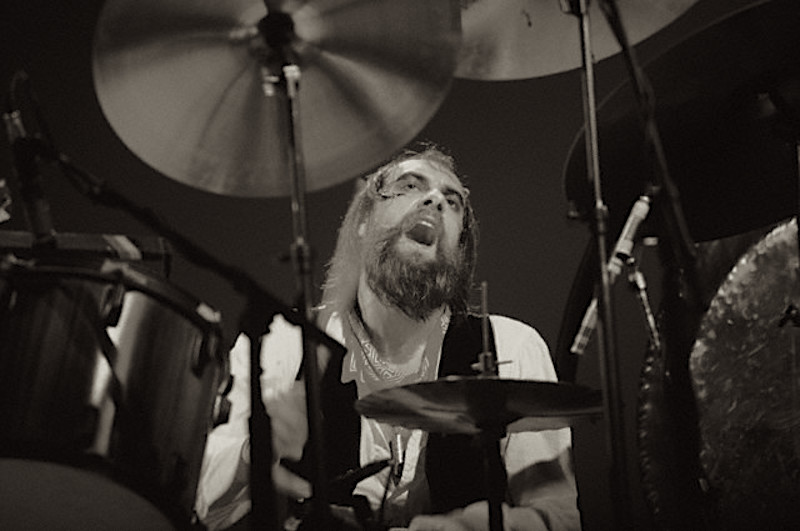 I first bumped into Mick Fleetwood when he was playing in jazz and blues clubs in my music-rich part of North London – places like The Fishmongers Arms, Cook’s Ferry Inn and of course Klooks Kleek in West Hampstead. We would see one another at stupid o’clock in the morning on the way home from a gig. This would invariably be at The Blue Boar, which was an up-market ‘greasy spoon’ (transport cafe) on the M1 motorway at Watford Gap. Anybody who was anybody would miraculously turn-up there. The other place we’d meet was in one of the drum shops in London’s West End like Drum City, or Footes’ or a little later, in the mid seventies, at my shop in Wardour Street.

Mchael John Kells Fleetwood was born on the 24th June 1947, and as we all know is a drummer, but also something of an actor, He was the co-founder, and definitely what we would call these days, the de facto leader of Fleetwood Mac. Fleetwood, whose surname was combined with that of the group’s bass player, John “Mac” McVie, to form the name of the band.

He was born in Redruth in Cornwall, and lived in Egypt and Norway for much of his childhood years, because like several of our G&S subjects, his father was in the Forces. But the life of a military man was not for Mick, and he went off at a tangent and became a musician. He journeyed up to London to live with his sister in 1962 at the very young age of 15. Mick wasn’t the UK’s first blues drummer – Pete Baker should be awarded that accolade, although I’m pretty sure Peter wouldn’t like me to describe him like that.

Eventually Mick met up with Peter Green, Bob Brunning, and Jeremy Spencer and at Green’s invitation, joined them to form the first incarnation of Fleetwood Mac. Mick is the only member to have hung in there to stay with the band through its ever changing line-up.

Like several British bands before them, after several album releases and line-up changes, the whole group moved to America in 1974 in an attempt to bolster the band’s success, and be in position to do gigs and make records without having to cross the Atlantic. It was then that Mick recruited Lindsey Buckingham and Stevie Nicks to join. Buckingham and Nicks were contributory to a great deal of Fleetwood Mac’s later commercial success, including of course the 45,000,000 selling album ‘Rumours’. 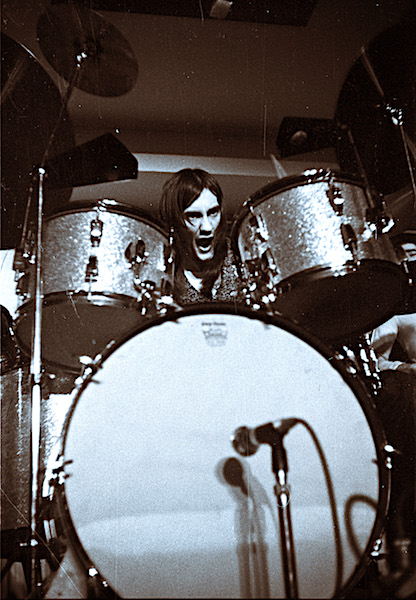 Mick Fleetwood was determined to keep the band together and was essential to its longevity, but he also wanted to get back to his roots from time to time – which were of course deep in the blues. It seems he flirted briefly with a solo career, published books and became involved with acting. I was surprised to discover he had also opened blues-themed restaurants in Alexandria, Virginia and Hawaii.

Mick was the second child of John Joseph Kells Fleetwood and Bridget Maureen (née Brereton) Fleetwood. His elder sister, actress Susan Fleetwood, died of cancer in 1995. In early childhood Fleetwood and his family followed his father, a Royal Air Force fighter pilot, to Egypt. Six years later, they moved to Norway, where his father was flying for NATO. He attended school there and consequently became fluent in Norwegian.

He went to the sort of English boarding schools frequented by Military brats but, by his own admission in his autobiography, he did not excel academically at King’s School, Sherborne, and Wynstones School, both in Gloucestershire. He enjoyed acting during school, and often found himself in drag, and it transpires he was a competent fencer.

At 6’6″, he was an imposing figure and has worn a beard and long hair for much of his life.

I came upon a quote by Ken Calliat who was the sound engineer on Rumours. “Mick was very aristocratic. The way he formed sentences was impeccable. When he spoke, everyone stopped and listened. He was quiet and wise, and he had a great sense of humour. He loved to laugh, but he was also a straight shooter.”

Having become disinterested in academic pursuits, he took up the drums after his parents, recognizing that there might just be a career in music for their son, bought him “Gigster” drum kit when he was thirteen. Like many of us Baby Boomers, Fleetwood’s early drumming was inspired by Tony Meehan. With his parents’ blessing he dropped out of school and, as I said, moved to London to pursue a career as a drummer – at first he stayed with his sister Sally in Notting Hill where he found himself working at Liberty in Piccadilly, Central London. Shortly after he found his first opportunity in music. The complete Fleetwood story is more convoluted than most so I guess I’ll take the licentious part ‘as read’ and we’ll talk music. And drumming. 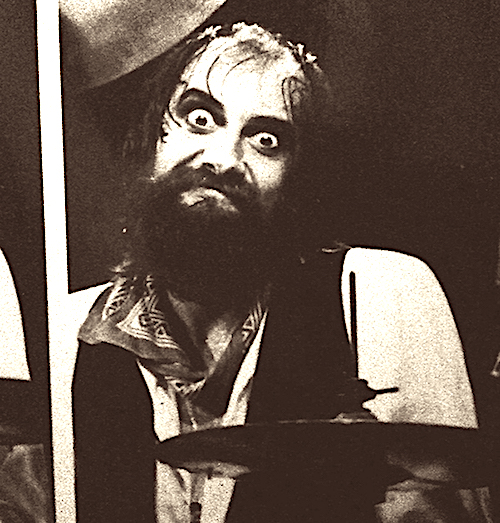 A keyboard player called Peter Bardens was very much part of the music scene and lived very not far from Mick, so discovering a drummer living close by offered him a gig in his band ‘The Cheynes’ in July 1963. This kick-started Mick’s career and he played as support act at early gigs by the Rolling Stones and the Yardbirds. From here he found his way to the Bo Street Runners.

Mick was ultimately dismissed from the Bluesbreakers (but that’s another story which I’m sure is well detailed elsewhere).

Both Fleetwood and McVie were heavy drinkers, and together they were too much for Mayall and the band to cope with. Peter Green, evidently feeling trapped with the Bluesbreakers, left in June 1967. The very first version of Fleetwood Mac performed its first gig in August 1967 at the Windsor Jazz and Blues Festival, playing Chicago-style blues. McVie was reticent but later prompted to leave the Bluesbreakers and join Fleetwood Mac full-time, replacing Bob Brunning. McVie, Fleetwood, Green and guitarist Jeremy Spencer thus formed the first fixed line-up of Fleetwood Mac.

The band’s first album, Peter Green’s Fleetwood Mac, was released in 1968, and the band toured the United States for the first time, although Peter was reluctant to do so for fear of gun crime. Upon their return, they recorded a second album with the band now just called ‘Fleetwood Mac’ without reference to Peter Green in the title. This was when Christine Perfect guested on the album before she joined the group, along with Danny Kirwan. 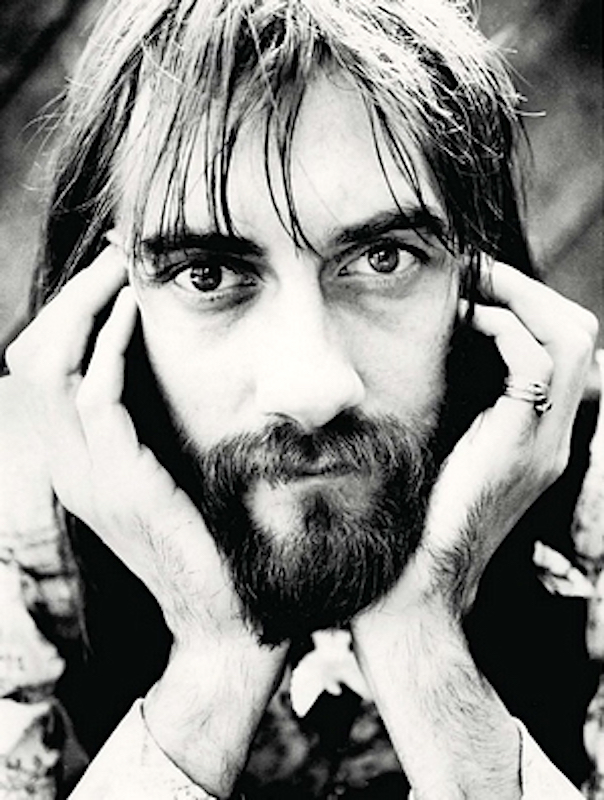 Peter Green inexplicably left after the third album. This is the one which had ‘Albatross’ on it, which IMHO was something of a tour de force for Mick. He didn’t attempt to turn it into a rock opus, by playing a shuffle with an off beat like other versions I’ve heard, he simply played the dotted beats, with beaters, on regular toms.

By early 1971, Christine Perfect had become an official member of the band and Fleetwood and the group took off for San Francisco. Spencer, became more disillusioned with the group, and left the hotel abruptly one afternoon and disappeared. He was found several days later having joined a cult called Children of God in California. Fleetwood attempted to mediate but Spencer wouldn’t come back. He was ultimately replaced by Bob Welch, who would become their next full-time member.

Lots of things happened after this including various hirings, firings, resignations, mental problems and marital breakups. Fleetwood took over management after the band’s original manager unsuccessfully put out another band with the same name.

This was when Lindsey Buckingham and Stevie Nicks came onto the scene, and the next Fleetwood Mac was born. The next year the new line-up released the eponymously titled Fleetwood Mac.

This album broke through big, and got to No.1 in the US and sold over 5 million copies. Fleetwood and the producer worked together on a number of drumming differences for it and did away with some of the plastic heads which it seems they called ‘plastic puke.’ The bass drum was fitted with an animal -skin head to give it more warmth.

At the end of the Rumours sessions the band members sensed they had recorded something “pretty powerful”. Rumours was a huge commercial success and became Fleetwood Mac’s second US number one record, selling over 10 million copies.

Mick Fleetwood has also been involved in a number of side projects like 1981’s The Visitor with a new recording of “Rattlesnake Shake” with Peter Green. In 1983 he formed Mick Fleetwood’s Zoo. His most recent album is Blue Again! from October 2008 with the Mick Fleetwood Blues Band touring to support it. 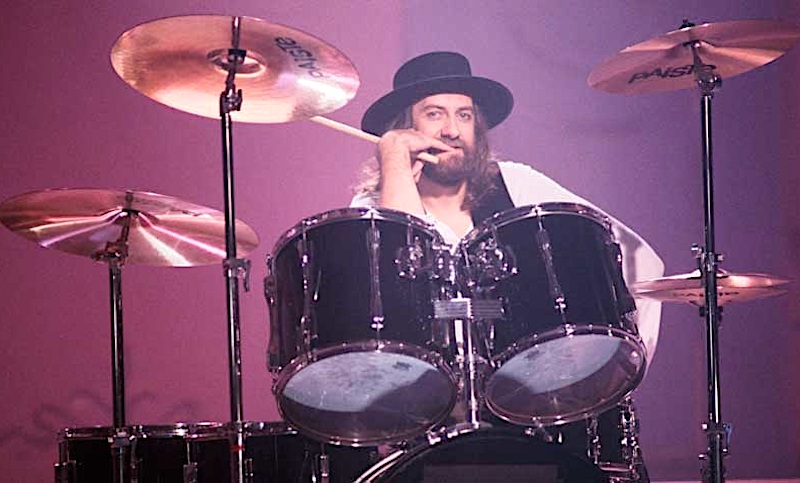 As far as books are concerned, Fleetwood co-authored ‘Fleetwood – My Life and Adventures with Fleetwood Mac’ with writer Stephen Davis, published by William Morrow & Co. in 1990. In the book he candidly discussed his experiences with other musicians including Eric Clapton, members of The Rolling Stones, Led Zeppelin, as well as the affair with Stevie Nicks and his addiction to cocaine, as well as his personal bankruptcy. The book got mixed reviews although one of them described him as “one of rock’s more colourful characters.”

Mick Fleetwood has a secondary career as a TV and film actor, although usually in minor parts. His roles have been in The Running Man and as a guest alien in the Star Trek: The Next Generation episode “Manhunt”.

Mick is quoted saying “God knows, if the drums aren’t right, then the song is not survivable”.

He was a self-taught drummer from his early childhood, and after moving from a lacklustre academic career he really took to hitting things. Peter Green evidently helped Fleetwood through bouts of “rhythmic dyslexia” during live performances when Fleetwood panicked and lost the beat.

Bob Brunning recalled from his early involvement with Fleetwood Mac that Fleetwood was “very open to playing with different people as long as he didn’t have to change his style. He was, and is, a completely straightforward drummer, and it works with a lot of different styles. I don’t s’pose [sic] he’s played a traditional drum solo in his life!”

Mick’s biographer highlights this ability as integral to the success of Fleetwood Mac, arguing that Fleetwood was not a virtuoso, “but his discipline and the way he played allowed him to hold together a band of strong leading personalities without impinging upon their expression”. 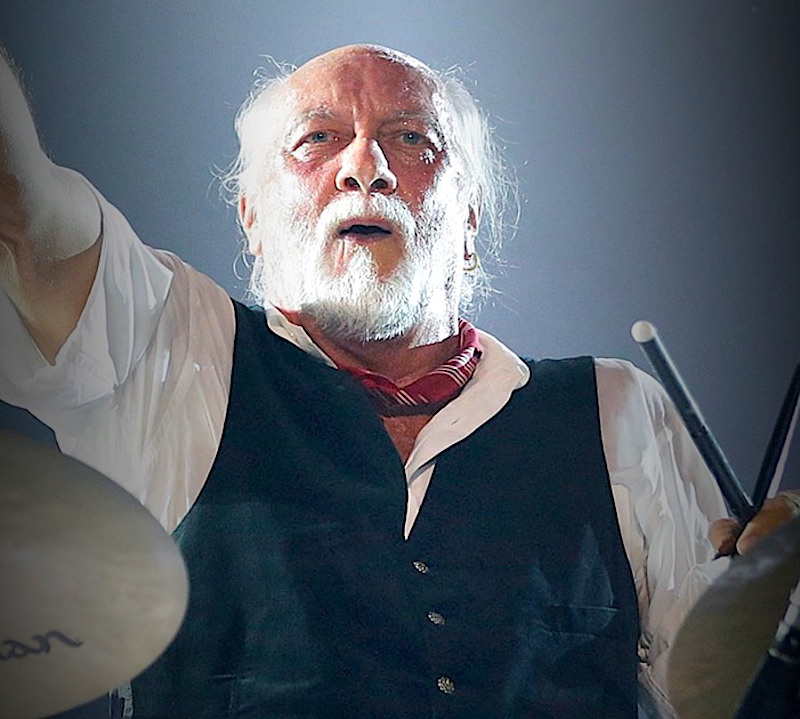 At the age of 15, Mick’s parents bought him a Rogers drum kit to replace the Gigster which evidently helped him get his first drumming gig. During his tenure in Fleetwood Mac, he used Ludwig Drums for live performances, and Sonor in the studio. What he liked about Ludwig were their oversized toms and bass drums. By the time Tusk came out he had moved to Tama. He claimed his move to Tama was due to Ludwig’s alleged deterioration in quality, and Sonor’s inability to produce a bass drum big enough for Fleetwood’s large frame. From the 1990s onwards, he’s been a DW endorser. His drum kit for the Say You Will Tour was a Timeless Timber model, the wood having been pulled up from the bottom of the Great Lakes after many, many years in an oxygen free location. All of his drum shells and hardware are coated in 18 carat gold.

Fleetwood had played Paiste cymbals from the late 60s to early 90s, moving to Zildjian in 1994.

He also uses Remo drumheads, Easton Ahead 5B Light Rock drumsticks and Latin Percussion. There are lots of percussion instruments in his set up including a 40 inch Zildjian gong, congas and a couple of wind chimes.

Mick is still going strong at 73 like just about all of us Baby Boomers, and as far as I know shows no sign of slowing down. He was inducted into the Rock and Roll Hall of Fame in 1998.