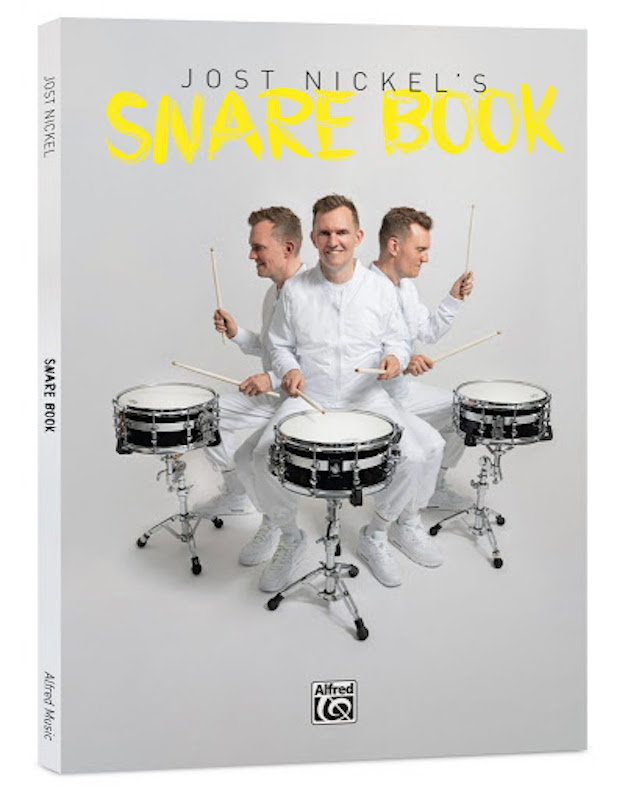 If you’re not yet sure of who Jost is, take a few minutes to look up a video or two of him playing both on stage and also for drummers at clinics. His style and approach to the kit is one I find incredibly enjoyable and very musical.

I’ve previously reviewed Jost’s Groove Book and his Fill Book, both of which I enjoyed because of his creative approach, combined with a logical and well structured process. The snare book I’m happy to say, is another great release and I guess you could say the final part of the trilogy.

As with his previous books, there is a reading text for use alongside the exercises which provides certain rhythms and ideas that can be interpreted into whichever exercise you are working on. The reading text has also been written in a way that makes it easily accessible to players who may not have the strongest reading chops.

Unlike some books, Jost tries to keep the pre-exercise descriptions as short and sweet as possible, something I’m a big fan of. That said, each concept has been clearly explained so you’ll have no issue understanding what the exercise is all about.

It begins in chapter 1 by looking at simple sticking ideas (double strokes, paradiddles etc) before moving into more advanced and challenging ideas like ostinatos and interlocking. If you’re unsure what he means by interlocking, think of playing the same thing on both hands, but slightly displaced rather than in unison.

Once chapter 2 arrives things get a little more systematic, for example looking at 16th and 32nd note ideas and by the end of chapter 6 you’ll have covered off multiple bounce ideas, triplets, ruffs and more.

The great thing about this book is that once you start layering the reading text over the exercises and bringing in the ideas from that, things do become a little challenging. It’s very much a case of getting it to feel good, rather than speed or just ticking it off and moving along. As someone who is likely to spending more time away from the kit in the coming months, I think this is one I shall be taking with me, alongside a practise pad.

I like this book a lot because it’s not a simple run through of the rudiments with a couple of standard variations. It’s about getting inside a handful of them, really playing around with them, understanding them and using them in ideas that will sound interesting and most importantly musical on the kit.

Another fantastic release from Jost and one I can happily recommend. 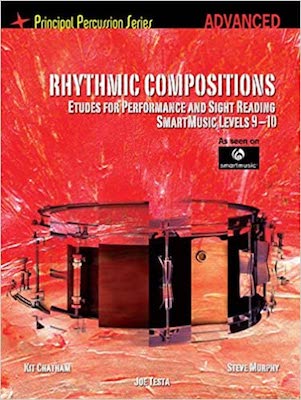 This is an older collection of books I was given to review but are well worth a look; written by Kit Chatham, Joe Testa and Steve Murphy.

The first of two series is called Rhythmic Compositions

Sight reading is possibly one of the most difficult elements to master when learning to play music. Part of the challenge is that as you work through a piece you move from sight reading into knowing how the pieces go.

That in itself isn’t necessarily a problem as it means you’re reinforcing the reading chops, but at the same time it is beneficial to throw something new into the mix now and then, during practise, to keep those skills sharp.

The three books in the Rhythmic Compositions series feature clean and well thought out etudes for snare drum, aimed at beginners, intermediate players and finally advanced players, but they will test your sight reading skills.

As you progress through the series more challenging time signatures, combinations of notes, dynamics and so forth are gradually introduced, which in my view makes these a great set of books for use with students as they progress. 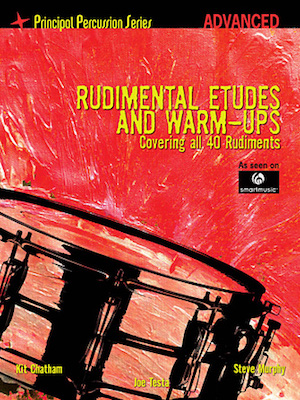 The second series is called Rudimental Etudes and Warm-Ups

Structured in the same way, the three books in this series are all about rudiments; both as a learning system and also as a handy collection of warm-ups.

Again, following the Rhythmic Compositions, these progress in terms of difficulty through chapters spread across the three books, but with more of a focus this time on the rudiments.

If you’ve been meaning to get stuck into your rudiments but wanted to do so in a way that would both make them accessible and also musical, this series will do just that.

I’m a big fan of clean, uncluttered layouts, which this book series has managed to do while also explaining and breaking down the rudiments nicely. Each of the etudes is also well placed for the level in which it features. I often find that to be the downfall of many rudiment books; you learn the rudiment in its basic form but the following study is often more difficult than the student can assimilate.

Students who are working on grades in might find these books particularly useful, as many of the ideas in these books will be the kind of thing you come across in your grade books.

As I said, they’ve been out for a little while but if you want to work on reading or rudiments, they’re worth a look!