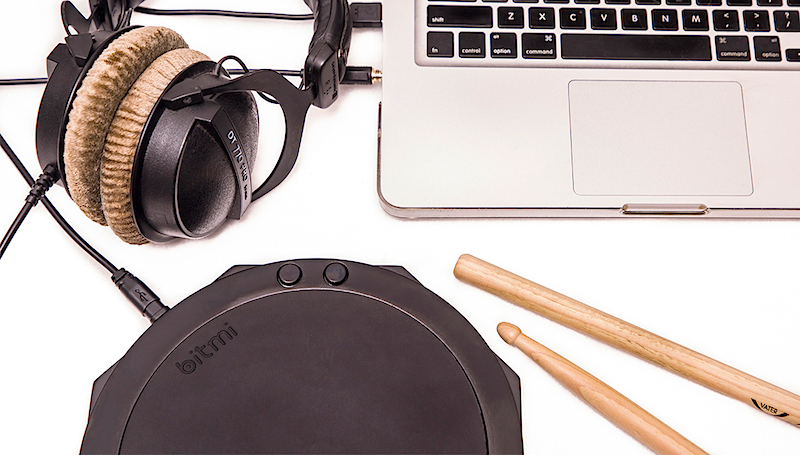 We live in interesting times as musicians and in particular, as drummers.

Recently I found myself at a my singers house, mapping drums for a new song using a Digital Audio Workstation, a MIDI enabled keyboard and drum kit VST plugins.

Given the cost and time involved in studio recording and the often just-better-than-average results produced, unless you have thousands up thousands to burn it’s no surprise people are going down the VSTi route as the drum sounds have become more natural sounding and comparatively, rather affordable.

The only drawback for many of us is that it can feel as though something is lacking when you are programming a part in this way, in particular from the production side and the niggling fact you haven’t “played” the part.

One answer is to plug in a sample pad such as Yamaha’s DTX M12 or Roland’s SPD-SX and to play on this. If you’re only recording drum parts into MIDI though, a full on sample pad with all the other functionality might be a little more than you require.

Bitmi looks to fill that gap, by slotting in as a percussive MIDI input device for recording drum parts. 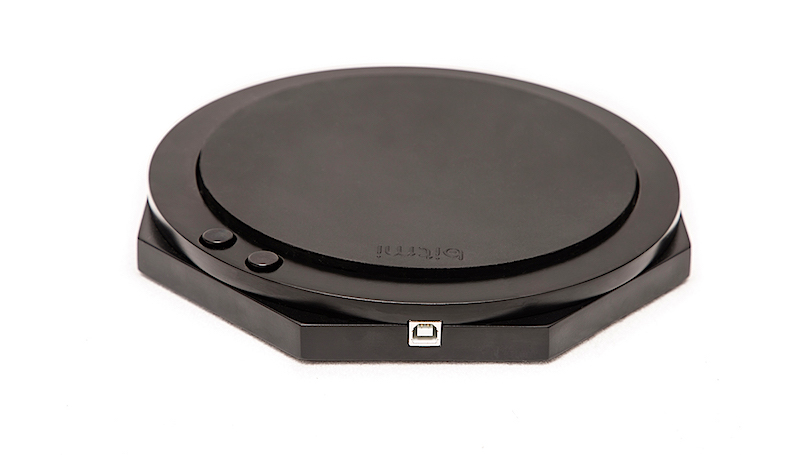 The device itself is a an octagonal pad, not dissimilar to a standard practice pad. The body is wooden, and the rubber playing surface is nice to play on; not too bouncy but also not too soft or too hard on the hands. As for the longevity and resilience of the device, I’d need to play it for a lot longer but it feels pretty good so far.

It also turns out you can use the pad as a practice pad and plug it into an iOS device for sounds if you have the Apple Camera Connection kit (CCK) or the Lightning/USB3 adaptor, (which sadly I don’t).

When it comes to using it as a MIDI device it’s plug and play, stick it in and the DAW will instantly recognise the trigger so you can start mapping right away.

I had no issues at all in this regard and in fact, knowing how tricky some devices have been in the past with requiring drivers, changing settings and so on; it was nice to literally plug it in, hit it and see Ableton register the note.

I put the Bitmi through it’s paces playing different drum parts and then recording them, using a drum rack which had a selection of drum sounds on.

One really great feature of the Bitmi comes in the form of two buttons; one moves the MIDI note up one note and the other down one. This made it really easy to play for example a hi hat, record it, then drop down midi notes and record the other instruments such as the kick and snare with minimal hassle. 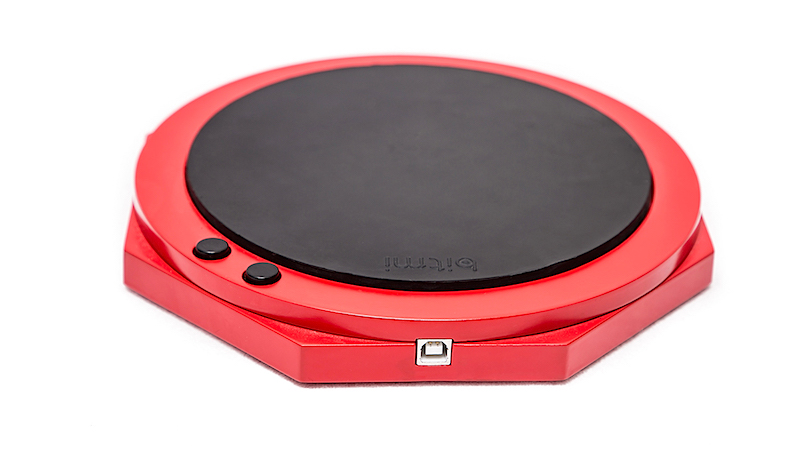 The same is true for instrument plugins in other DAW’s, you can simply plug in and move the note from the pad up and down with a simple press of the buttons and select different instruments on the kit.

I was also impressed by the sensitivity of the pad. It allows for adjustment from the underside, although frankly I didn’t need to adjust it at all as it was picking up quieter notes with no problem. These notes are conveyed in terms of velocity in the DAW adding to that ability to get as live a feel as possible, from a MIDI drum sound.

Sometimes in life simplicity is key and this is a beautifully simple bit of kit!

You can buy the pad singularly or with accessories such as a waterproof bag and I believe having sneaked a peak at the website, in a selection of colours as well.

I’d also expect a lot of songwriters who programme electronic drums to like this too, simply because it does the one thing it’s required to do very well; convert real life drumming rhythms, into accurate MIDI mapped tracks but without over complicating it.