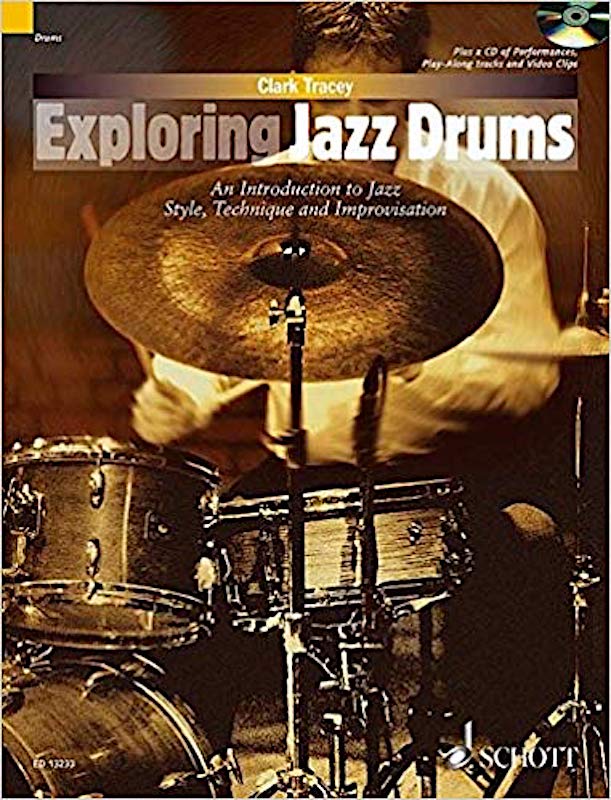 If you’ve ever studied jazz you’ll know just how many little avenues the genre will take you down.

This book from British jazz drummer Clark Tracey aims to open some of these avenues and does so by introducing a certain concept, talking a little bit about where it came from and the main players who pioneered it and then introducing some exercises to help you work on those ideas.

The book begins with an introduction to jazz drumming and how the kit for jazz playing has evolved over time, traditional grip and so on, before getting straight into reading charts.

If you’re a player who already has an idea of charts and how to read them, then there is nothing here to be frightened of and even if you’re new to charts everything is very well explained.

It’s not long though before the ideas begin to get more challenging, including some independence and interplay between all four limbs which will test most of us as far as independence goes and playing around with polyrhythms and metric modulation. All thoroughly enjoyable stuff but perhaps something that will be more difficult for less experienced players.

There is a wealth of technical exercises as well, intended to aid in development of musically and expression using rudiments and sticking ideas. These are simple exercises but very useful ones.

The book also comes with 21 CD tracks, 50 MP3’s and 14 video files to support you as you work through the book, all of which have been recorded with some incredible jazz musicians. How they crammed all that onto one disc is frankly, rather impressive!

The book claims to be ‘an introduction to jazz style, technique and improvisation‘ and so it wouldn’t be complete without an appendix of music and other books that are most definitely worth investigating.

If you’ve been considering getting into jazz music, or would like some ideas for progressing with your jazz playing, this is one to check out! 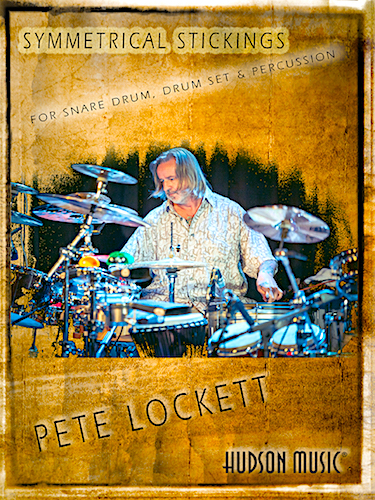 From one of most respected percussionists in the UK comes a lovely, simple book looking at paradiddle based stickings and how you can use them to expand your vocabulary.

After a quick foreword from Bill Bruford (King Crimson) and Dom Famularo, Pete gets stuck right into the concept of the book and why he’s written it.

In a nutshell, this book is along the lines of another great book that most of us will know called ’Stick Control’ (by George Lawrence Stone). The difference here is that we are looking at paradiddle based stickings and longer combinations thereof, arranged into two bar exercises in which bar two is the mirror image of bar one.

As an example of this, take two paradiddle-diddles and a paradiddle to make up a run of 16th notes in a bar, then as the bar ends the hands will automatically switch over to play through the pattern again in reverse.

The result is a large number of interesting yet very simple sticking ideas that will not only give your hands a workout (I personally like these a lot as pad warm up exercises) but also supply you with an arsenal of linear, diddle based patterns you can use in grooves and fills.

All the exercises in this book are written on a single voice, so you’ll need to be creative and play around with these ideas for yourself, but if I’m honest I never feel having an open ended idea is a bad thing. In fact it usually means you experiment and play more than if there was a series of kit based examples.

As I’ve often said when reviewing books, simple ideas that are well explained and well presented often lead to the most easily accessible materials and Pete has done a great job on this book and if you have worked on Stick Control, or Accents and Rebounds, this is a logical next step!