Following on from last update’s hardware-based theme, this time around we’ll be looking at some DW hardware.

I’ll admit, I’ve always liked DW’s hardware; it’s well thought out and designed, and is as solid as the proverbial rock. And solid is how I would basically describe these two hihat stands, the 5500DXF and 5500TDXF models.

These stands feature, amongst other things, swivel legs, hinged memory locks and DW’s Bearing Link Connector which connects the pull rod to the footplate.

You also get DW’s locking clutch, Delta Hinge and, my particular favourite aspect, two different length pull-rods included in the box. It’s been a very long time since I’ve shopped to purchase a brand new hihat stand so I don’t know if including two pull rods is a common thing these days, but it’s still something I like about DW’s choice here.

The 5500TDXF model is the two legged version which can work better with multi-pedal setups. That said though, I used the standard three-leg version with a double pedal and that works just fine too, as you can swivel the legs round to where you want them and they’re not in the way. 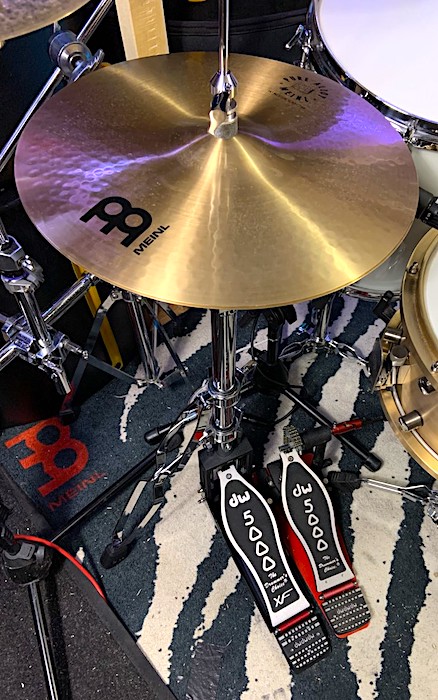 Now, it may be obvious, but these are very pro-level stands.

In fact, they are two of the most substantial hihat stands I’ve ever tried and amusingly make my own regular hihat stands seem rather thin and flimsy, and they’re pro-level too. Different strokes, I guess…

Using these stands, I never once felt like they were going to move and they’re smooth and sensitive too. The ‘XF’ element of the name refers to the longer footplate, and this I found to be a good length and comfortable.

The only downsides…they’re not cheap and that solidity means they’re relatively heavy as well. Notwithstanding though, I have to think these are probably benchmarks for touring stands and although they are an investment, I doubt you’d be looking to replace them too often, if ever.

Ok, so the whole cymbal/tom stand thing isn’t at all new, although in my world it’s something I’ve somehow managed to completely avoid to date. I really don’t know why either because obviously it’s a very practical way to do things.

The boom arm has got a toothless tilter, is a good useable length and features DW’s Adjustable Cymbal Seat, with lots of overall general adjustability. If you want a straight option, the arm will disappear into the body. The receiver body is of sufficient length to where it will sit a good distance over the tom arm, should you need that.

The main body of the stand goes up pretty high, and down low enough to comfortably mount a floor tom. It has very sturdy double braced legs that can extend out to a wide area, which is useful if you have said larger drum mounted on it.

The key to a good tom stand is adjustability and sturdiness, and this stand has both. It’s not as heavy as it could be and I liked how adjustable the stand is. 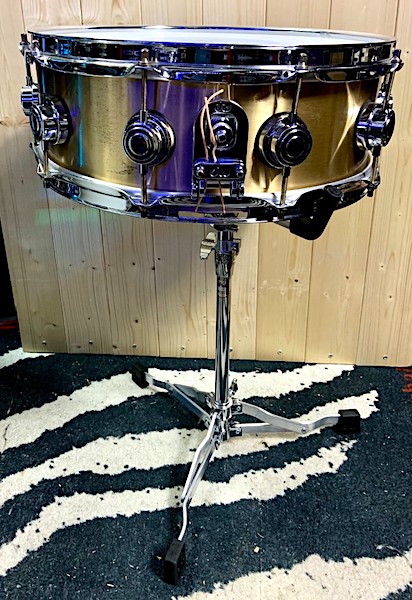 This stand is part of DW’s lightweight hardware range, although you may have figured that out from the title.

I’ve been a user of lightweight stands for a few years now, although I’d always – until recently – believed that I felt more comfortable using a ‘regular’ snare stand. The reason for this is mostly because I occasionally like to gig with snare drums weighing around 20 to 30lbs and therefore didn’t feel comfortable using something lighter.

The 6300LP model stand is indeed lightweight. With no word of a lie, I picked up the box and wondered if I’d already opened it because it felt like nothing was inside; turns out I hadn’t and it was still in there.

The 6300LP is a nice looking stand; not that looks are what you want in a stand, but still, it looks good.

The Basket Spring Adjustment is a cool idea, but I found it a bit fiddly to use when a drum is already in the basket. Since I’m a fairly low sitting player, I found the stand to be – even at its lowest – a bit high for me if I wanted to use anything deeper than a 6.5” drum. Ok, so there are ways to get around that particular issue, so not a big thing.

As a test, I chose to try the stand with a fairly heavy 14×5” cast bronze drum and it was certainly sturdy enough to accommodate it with no issue and no major wobbling or unsteadiness.

This can be bought as part of DW’s lightweight pack or by itself. 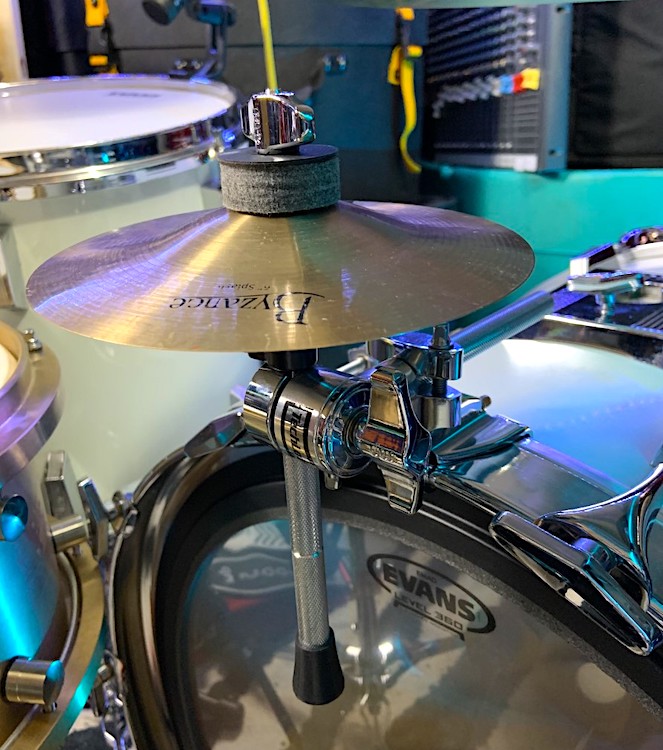 This is an interesting little splash holder which clamps to the batter side hoop of a bass drum in the same basic manner you’d look to attach a cowbell.

It’s well designed, solid, very adjustable and from what I could tell, doesn’t damage or mark your hoop as it has padding on the underside of the clamp.

In practice, this won’t be for everyone. It’s one of those niche items that will work for you if your setup and style allows it. For me, I found it tough with a little cymbal in that place and position, but then again, I don’t use a cowbell there either for the same reason.

This is all high-end hardware as you’d expect from DW. Everything has been thought out, precisely designed and well manufactured, and all of the items in this little selection are very adjustable. In my book, that’s pretty much what you need from good hardware.

More about DW overall over at www.dwdrums.com