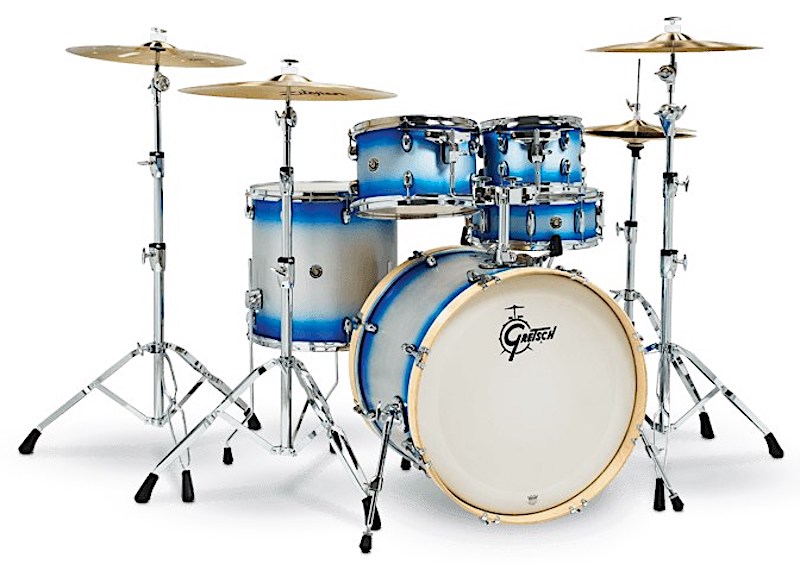 The Gretsch Catalina line has been around for some time now, but Gretsch has now released a limited Special Edition version so it therefore now has an increased level of cool to it.

The drums have 7-ply birch shells with 30’ bearing edges. Gretsch is producing the kit in two finishes, blue silver Duco (the one in the video) and ebony satin, with the inside being naturally finished. Bass drum hoops are naturally finished too and the snare and toms have 2.3mm triple flanged hoops. Each drum has an interior label.

We were sent the full CS1-E625 (22” kick) version to review but for the video only the 10 rack, 16 floor, kick and snare were used. All of the heads were stock, the only modification being a light blanket in the bass drum.

First up, the kit looks great – I really liked it. I’m guessing that the plain bass drum hoops might not be to everyone’s taste but I found that they offset against the Duco finish quite nicely. The Duco finish itself is bright and vibrant – vintage look with a modern feel.

The hardware included with the kit included tom suspension mounts for the rack toms, floor tom legs, a double tom holder and classic Gretsch T-bolts on the mounts and holder. It all worked as expected, with nothing being stiff or awkward. 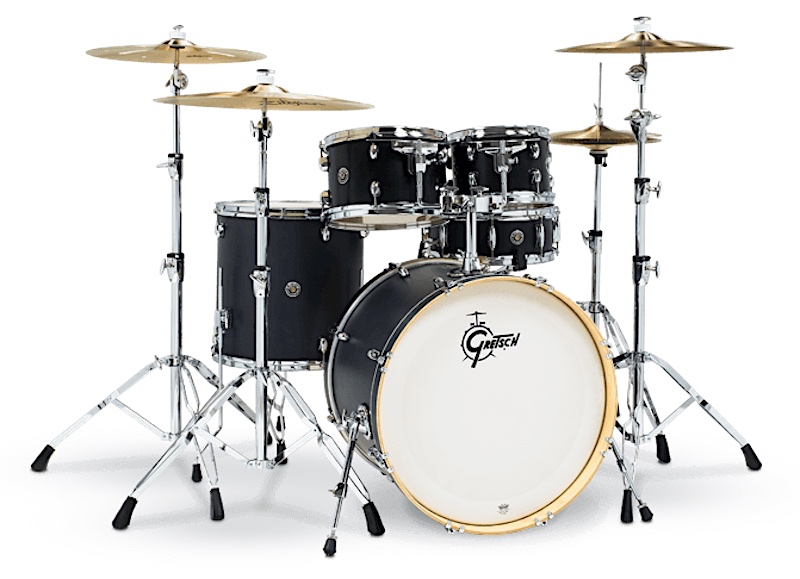 Sound-wise, I thought the kit as a whole covered enough bases for it to work well across the board. I thought the floor tom was a little lacking in depth with the stock head – it was a little too flappy when tuned down – but that was really it, and could quickly be improved by replacing the head with something more suitable (for my ears). The kick drum was pretty punchy taking into account there was no hole for the microphone, and the snare and toms were loud and full bodied. I personally liked it most around the medium tensioning.

The only weak point in this kit for me [unsurprisingly] was the heads, but I was expecting that; this isn’t a high-end pro kit and it’s supposed to be affordable, so the heads are going to be the most obvious concession against the selling price.

This kit has loads of cool features and to be honest were it not for the heads (which I think is the most obvious giveaway for anyone in the know) I would have to wonder if anyone would immediately notice this isn’t, at the very least, an intermediate level kit.

The sound of the kit was of a good quality and I thought the Gretsch sticker inside each shell and T-bolts on the toms/holder were nice touches. They kind of made the kit feel a bit more like a higher end Gretsch and less budget minded.