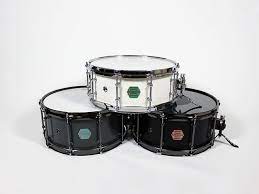 Usually when I review drums, I have some idea of what they are. In this case, I had literally no idea about what this drum was at all, other than the name which was on the box; I had no idea what the drum was made of and I’d never heard of Hive Drums either.

Now, the reason why I’d never heard of Hive Drums is because they’re new. The company was formed in 2020 in the UK, but only debuted their first offering, The Worker snare drum, in early 2022.

I wanted to approach this review a little bit differently taking into account I knew nothing about either the drum or the company when I was given it. Think of it as a blank page…

On that basis, I took the drum out to a rehearsal without looking anything up. After playing it I figured it was probably an aluminium shell, which indeed it is (3mm thick 5251 grade aluminium that is rolled and then riveted together).

From playing it, I found the sound to be bright but controlled, with the typical aluminium qualities being apparent; plenty of volume, smack, with body and tone. It’s solid under the stick and also responsive at all levels, which the company says it’s designed to be. 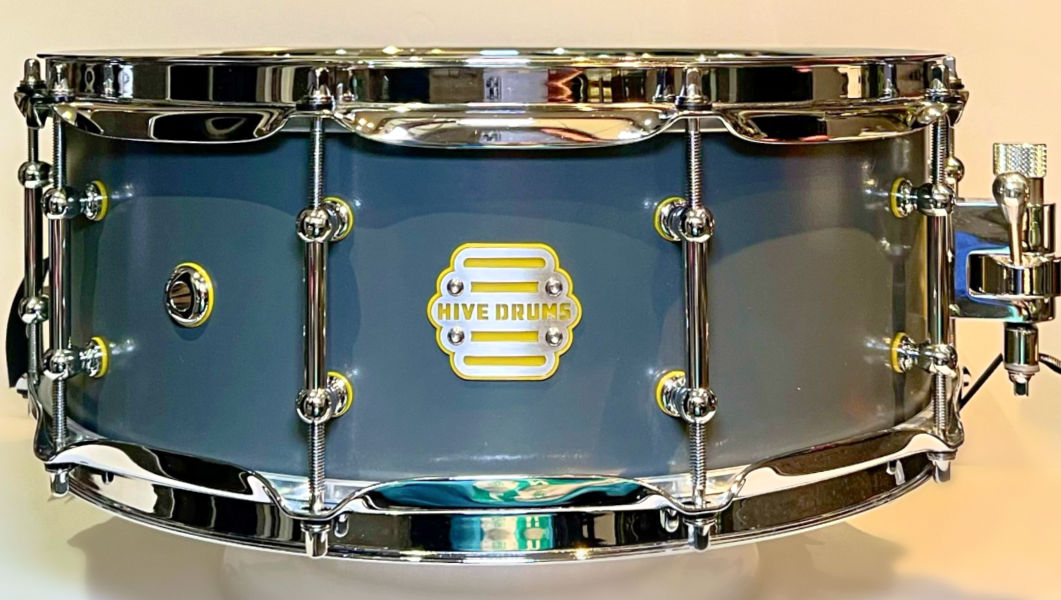 The build quality and design was good, with nothing obviously missing in terms of the quality of the components used, such as a Trick GS007 strainer and butt plate, CODE heads, 2.3mm triple flanged hoops, tube lugs, German steel snare wires and a laser cut stainless steel badge.

The shell itself has rounded-over bearing edges – so no flange – which the company says promotes its natural tone.

Now, I can’t comment either way on the theory that, but the drum definitely does have a lot of tone to it and that’s the thing I liked the most about it. I’ll add that the snare beds are wide enough to accommodate a larger set of wires should you want them and the beds themselves aren’t too deep. The dotted CODE head will have some affect on the control of sound but clearly, with a more regular single-ply head you’ll get a more open sound.

The riveted shell design isn’t new in itself and several companies come to mind who offer such a design. That said, with a riveted shell, you might think that may impede the ring of the drum but in this case it definitely doesn’t. It rings a lot. 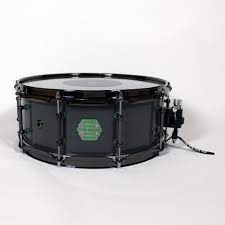 The visuals of the Anthracite Grey finish are offset by the use of the Bumblebee Yellow washers, which I quite liked. Whilst for me it isn’t the most elaborate of finishes I do think it shouts ‘solid daily driver’ which is kind of the point taking into account the name, but the little touches with the yellow also make it such that if you saw it on a rack somewhere you’d probably want to pick it up and check it out.

I genuinely took an instant liking to this snare drum. It felt really good to play and sounded great. For me, it sat well in the medium to medium-high range but with some muffling it could do the lower end too.

It was until several weeks after initially playing it – that’s when I finally thought looking up what the drum was might actually be a good idea – that this drum was both aluminium (my favourite metal material) and a 3mm thick shell (my current shell design preference too).

I do have a similarly thick 14×6.5 aluminium drum by a major manufacturer which has the same inherent sonic properties as this one, but due to the smaller size this Hive Drums model had some definite range advantages over the other drum. Ok, you’d expect that, but the point here is that to me this drum stacks up very favourable against a similar model by one of the big boys, and this just is the company’s first offering. Nice one.