By now, you must have heard of the British Drum Company. If you haven’t, where have you been???

Keith Keogh is the main man behind the BDC. With that company pretty much just making drums, Keith [fairly] recently launched a new company – Keo – to produce other drum-related products.

We were given a whole bunch of new Keo products to try. 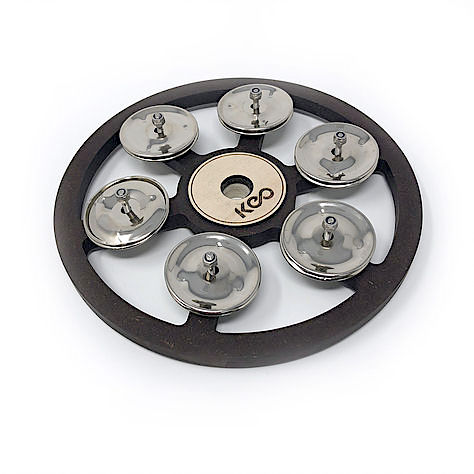 Cymbal tambourine – I’m guessing that you could put this actually on a cymbal/stand too but I mounted it both normally and upside down on my hihat stand as a jingle ring. It was cool; it’s lightweight and was loud enough to be heard over the kit.

Snare dampener – this is a fairly substantial wooden block with a felt strip on the underside that ‘attaches’ to the drum via magnets against the batter side hoop. It’s non-adjustable and does [contextually] weigh a reasonable amount providing a good level of muffling, and it competently dampens the head. I liked it so much I did subsequently buy one myself. The boss likes it too. 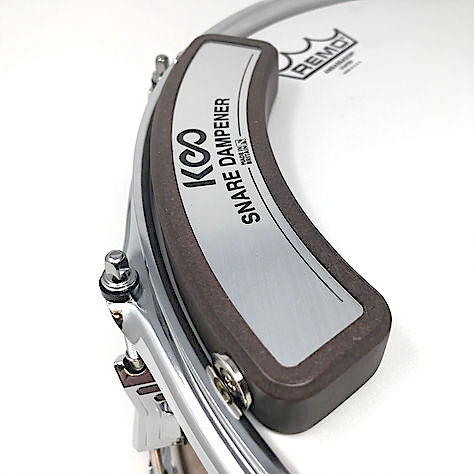 Woodblock/guiro – this is exactly what it seems to be and so I’m guessing you’ll know roughly what it’s intended to do and sound like.

The build quality is good, and as you can see, the block itself is made up of numerous plies so it’s reasonably thick, and it’s loud enough as a block. The guiro aspect I thought was a cool idea but I could have lived with it being just a slight bit more raised so its easier to catch with a stick. That said, my poor ability as a percussionist may have something to do with this.

Note, in the video, the block is only being picked up by an overhead mic (only) and so it may seem a bit quieter than it actually was in the room. With the mouth of the block facing you, it’s plenty loud. 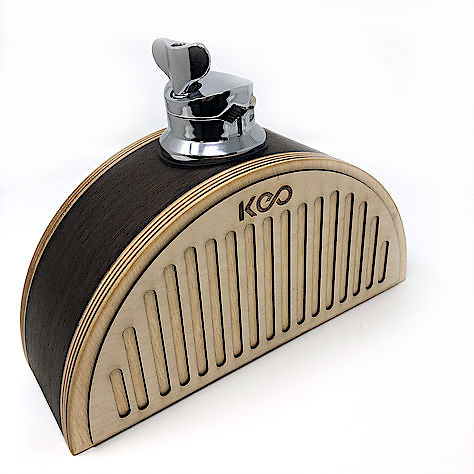 Cymbal sizzler – I almost felt this was over engineered because it just looks so nice. It’s not a heavyweight sizzler but it sits on the stand/cymbal nicely and works just fine.

Kick beater – it’s a hard wood beater. It produces a nice solid, punchy sound but doesn’t weigh anything noticeably off-putting. If you’ve ever decided to change out your bass drum beater, you may have noticed a distinctive feel change. I didn’t feel that here and it seems to be nicely balanced.

Beater Patch – this has to be the most elaborate beater patches I’ve ever come across. Normally, such patches are made mostly of drum head material but this one has a felt patch mounted on a birch base. 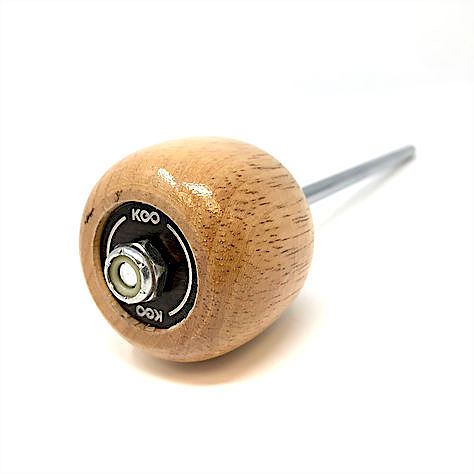 I liked the feel and sound the pad produced. My only concern is how long the felt might last, which isn’t something I was able to directly test, although I didn’t notice much wear on it after a few hours playing.

iTap – we’ve looked at this before, so I won’t go into much detail here, but suffice to say it’s had a bit of a visual redesign – the top is now finished with a blonde wood with a Keo branding rather than the original BDC logo. Still a cool little item which I still have next to no ability to play with any conviction. Percussionist, I’m not… 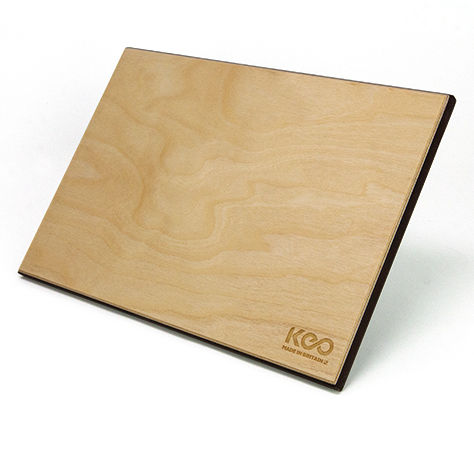 ‘Boomer’ practice pad – this is a signature Nico McBrain (that fella from Iron Maiden) pad which has quite a distinctive look to it. It has the typical rubber playing surface but also has a hard ‘rim’ around the edge. The feel is good and physically it has been designed to resemble the top of a snare drum.

8” practice pad – this looks and feels like many practice pads you’ll find. The build quality is good and the feel is quite useful. It’s also available in a 12” size.

Around 2005, Keith made me a snare drum (as KD Drums), something I still have today. It was – and still is – a great drum that was very well made. 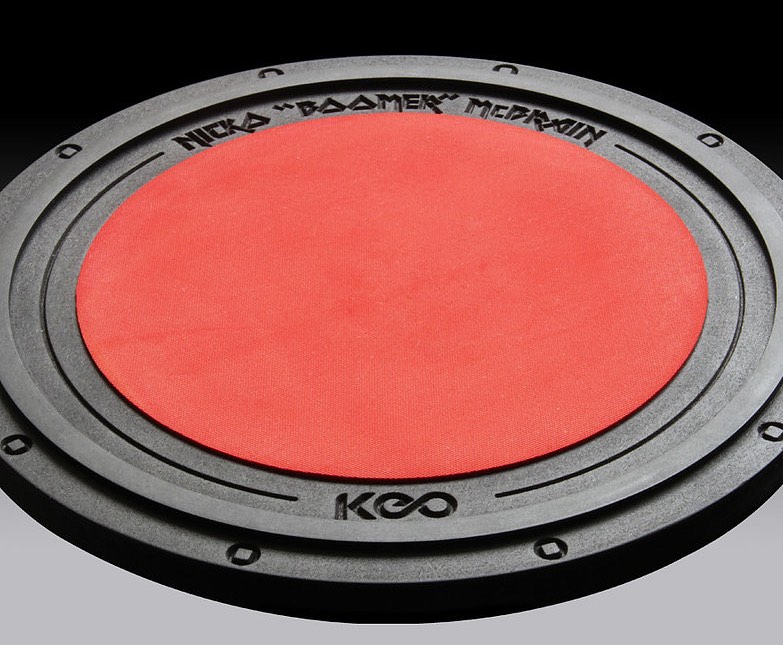 Now, I want to say that the first thing I noticed about pretty much all of these items is that they are also very well made and that also goes for the packaging.

In fact, what struck me before even touching them was indeed the packaging; even that had a nice feel to it and these things look quality to start with, and I do find that reassuring.

The products themselves are well designed and well made. I’ll go as far to say that some of these items were as well made as any high end drum, such as the cymbal tambourine, sizzler and snare dampener. The wood used looks to be premium and wouldn’t be out of place in a snare drum. 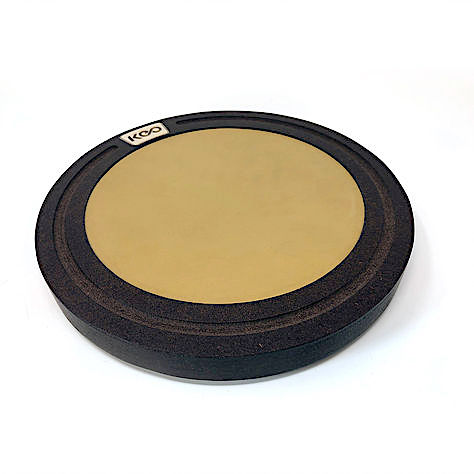 Ok, so the price of some of these things might a little bit higher than others, but to my mind these are premium items and the price will reflect that. I’ll actually go as far to say that these are almost Rolls Royce-like in that they have that quality the more discerning player might be looking for; yes, the regular Ford will get you there, but the Rolls will get you there with more style and refinement.

Am I waxing a little too lyrical? Yes, maybe. But that’s what I honestly felt when taking some of these pieces out of their packaging and playing them…