So in this final instalment of gear from Meinl, we’ll be looking at some accessories. 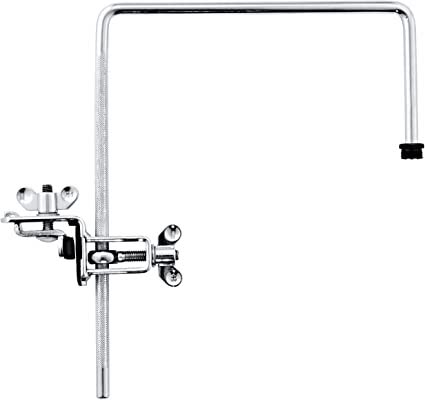 I’ve never tried a kick drum mic attachment like this. I’ve created something myself that was similar in principle – i.e. drum mounted instead of using a separate stand – but it didn’t last for me.

The whole unit does make sense; it’s lightweight and compact and is an all-metal construction so it feels like it will could hold a larger type of mic like a Shure Beta 52, but personally I would opt for something a little lighter like the Audix D6.

The distance into and from the drum is determined by the length of the rod on the outside and thankfully Meinl has provided sufficiently there to allow you to get a mic far enough into the shell to obtain decent positioning. You could also use the clamp to mount an external mic too, with the rod providing sufficient distance there as well.

Downside on this type of design?

For me, this is a practical design and concept for working drummers: it means you don’t have to carry an extra stand with you and it’s quick and easy to mount. However, if you have a nice expensive kick drum you may not want to hang something on a hoop where it could easily get scratched or damaged. The clamp does have foam on the jaws, but still… On this basis, I think this will be for you if you have an old ‘beater’ kit or you’re just not worried about scratches. 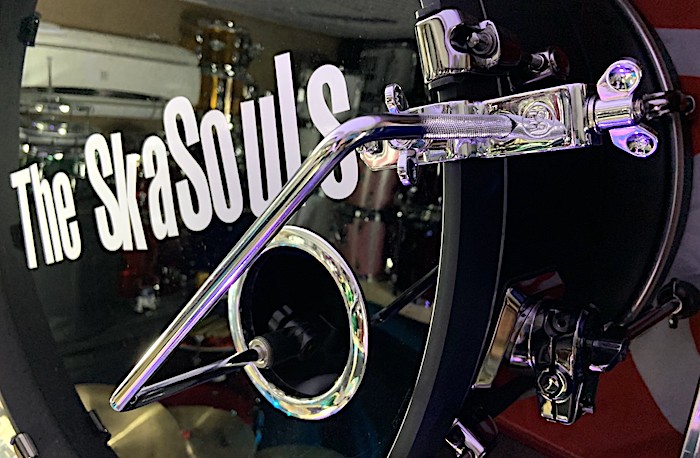 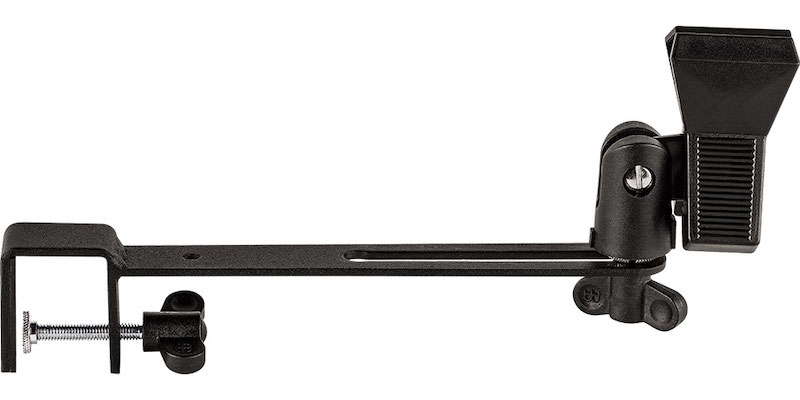 This is made from a steel frame and has foam pads on the clamp to ensure both quieter performance and to save damage to the cajon. The microphone holder is adjustable along a 4” rail point.

If you watch Meinl’s video, the clamp is intended to be mounted externally, but I did also try it inside a cajon too and it worked. It was slightly fiddly to adjust the tightening, but it still worked.

I think you could mount a larger diaphragm mic with this clamp if you wanted to but I would be concerned with the weight transference to the shell and any possible damage on that basis. Possibly a good time to stick with that SM57 or the like… 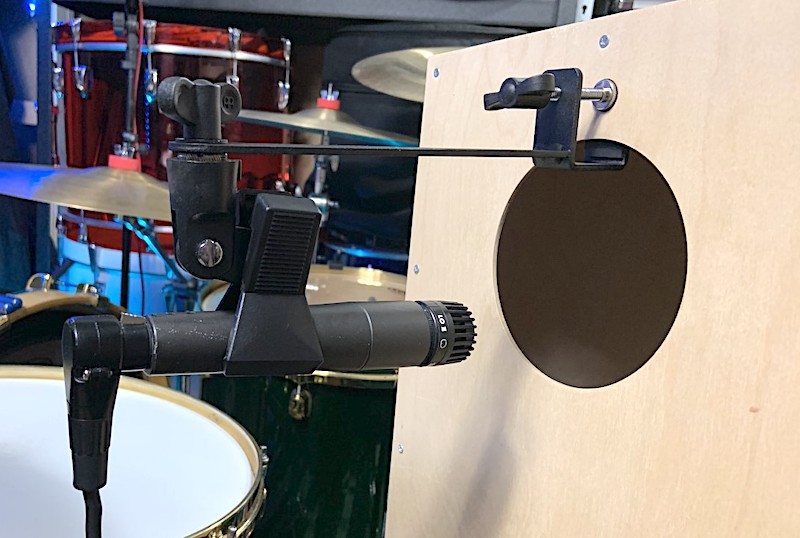 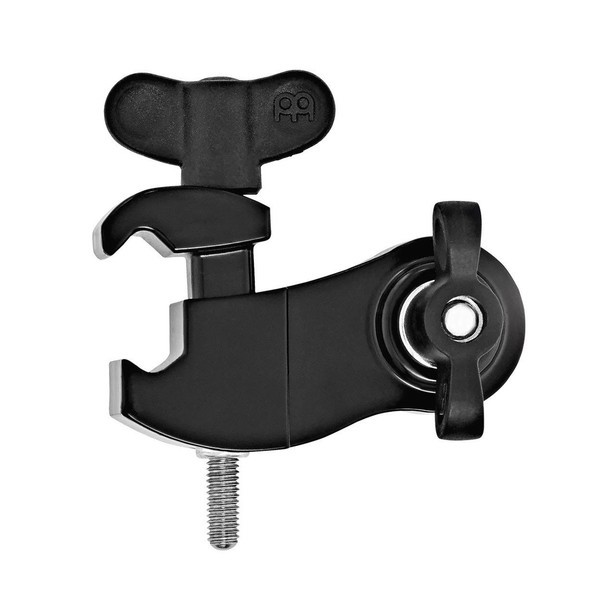 This is designed to fit most rim types. I tried it with a Tama die cast hoop and it attached with no issues and was nice and solid. Used in conjunction with the short microphone rod (MCMR1-S, which I’ll come to), I managed to get an AKG D112 mic a good height over a floor tom, higher than I would normally have a rim-mounted setup.

As this is just a clamp, you can also use a different rod to mount a cowbell or block to a rim/hoop as well.

As mentioned above, this is a thin 5” long rod and is pretty firm. It also comes with a 5/8” male to 3/8” adapter for a microphone.

Ok, not the most exciting things in the world, but these are made of metal – unlike some of the ones I’ve had come on mic stands – and feel pretty solid.

They come in a pack of five. 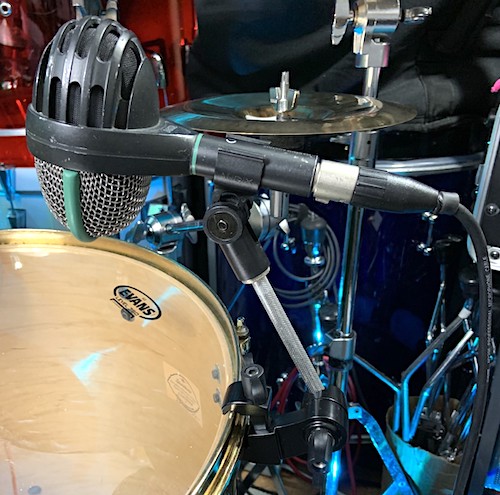 This is a fairly no-frills clamp, but again it’s stable when attached to a stand.

The clamp mechanism will fit onto most stand bases/lower pipes and the 10” straight rod is long enough to accommodate a couple of cowbells/blocks/etc. The wing nuts are a good size and make use quite easy.

More details over at – https://meinlpercussion.com/en/home