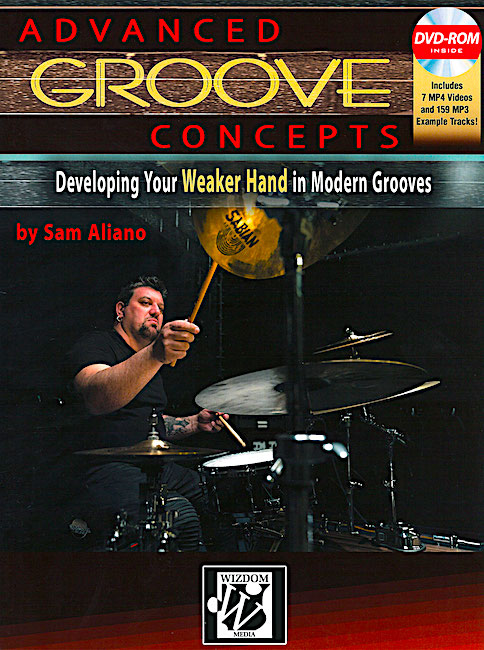 This is the second book of Sam’s I’ve reviewed, the first being Double Bass Drumming and Power Fills (co written with Matt Sorum) which I thought was a fantastic primer for double bass drumming.

This is a very different book, focusing on the concept of using your left hand more in grooves, taking it from a hand the does the filling in & back beats to the lead limb, but maintaining the focus on the snare drum.

Complete with a DVD containing audio and video examples, the book is nice and clean in it’s layout, opening with a bit of the usual preamble on the author and concept behind the book.

Exercises are laid out nicely and begin with some very simple exercises, 1/4 notes on the hats and then different snare combinations.

As you’d expect the ideas become more involved as you work through the book, bringing in different bass drum and hi hat foot patterns and suggesting different orchestrations for the right hand.

Advanced players may well already have worked on exercises and ideas similar to these, but from a beginner to intermediate level this book may serve to open some new doors in a creative way that have previously remained closed.

Having spent some time with the book, one upside for all players comes from the technical challenges. The independence/interdependence relationship between the hands will definitely get a work out, requiring you to pay a lot of attention to the syncopation between the hands and of course, eliminating those flams when the limbs are supposed to be played together. 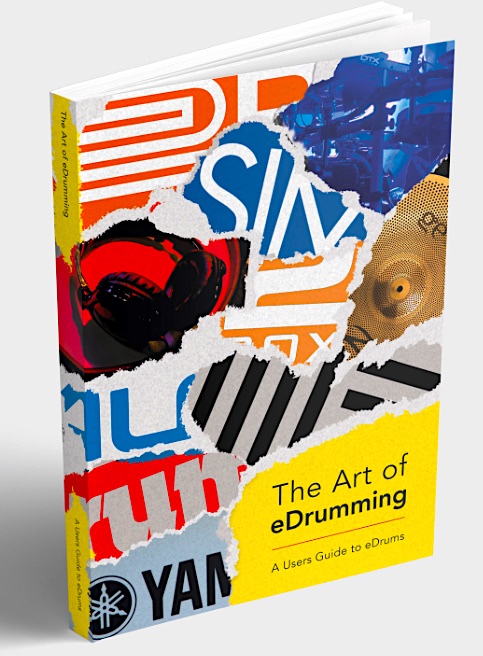 “The Art of…” has become a popular beginning for a title since Benny Greb’s second DVD. Some of these materials contain more useful information than others, but this book is an absolute gold mine when it comes to electronic drums and samples.

To be honest, I really could have done with this book two weeks ago; but I digress…

Sebastian takes an in depth look at the pro’s of using electronics drums within the context of modern music and how best to incorporate them into your playing.

There are basic concepts, such as how to dial in an electronic kit so it responds in a way that works best for you. Creating custom kit sounds, adjusting trigger sensitivity and so on. Sampling into a module is also another handy thing that many players with electronic kit struggle with and this book again has some great tips on how to achieve that.

Connecting electronic modules to a computer for recording and playback is where I personally got the most from this book and the headaches when connecting to a computer are many; MIDI, DAW’s (Digital Audio Workstations), Routing, Looping and so on.

Fortunately there is a lot of information here on dealing with these kinds of issues and for me the section and information on connecting with Ableton Live has saved me hours of googling and messing around with settings I don’t fully understand.

There is even a section on triggering video and light shows from the kit, which is taking things to another whole new level and something I have only briefly contemplated.

As if the plethora of information in the book wasn’t enough, each lesson has a QR code. Simply hold your camera app over it and the web link to a video appears which accompanies the lesson.

It worked flawlessly for me and being able to see live demonstrations of the steps in the book without the need to put a DVD in is a smart move, what with the disc drive itself becoming less and less common.

There is also a free download sample pack for use with many of the tutorials which enables you to put into practise the lessons as you go.

I’d go as far as to say if you are getting into electronic drums this book is a must have. I don’t say it very often, but this book IS an essential. 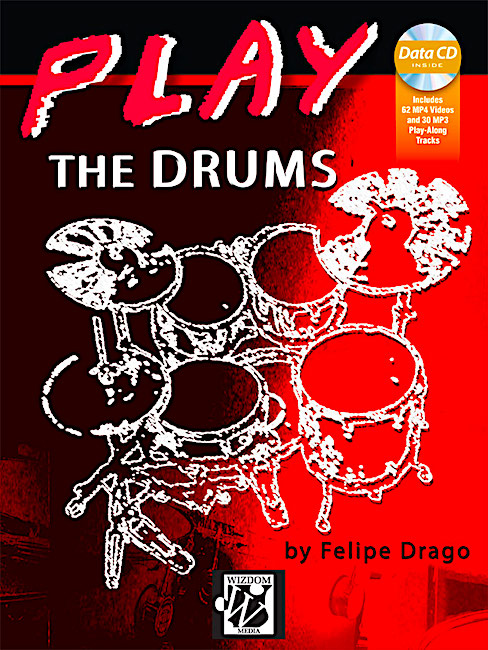 There are a bucket load of “learn to play” books on the market, some of them are great, others not so much.

One thing I’ve picked up from reviewing a lot of books and doing a fair amount of teaching is that the best ones keep it simple, make it easy to assimilate the information and also, keep it fun.

Each section has a count, beginning with the obvious ‘1,2,3,4’ for the basic crotchet pulse before working into subdivisions.

Once the count has been established each section then has lessons based on playing, working on co-ordination, reading and eventually having fun, all in that one subdivision. The “fun” lessons tending to be little summary solo exercises of 4 bars.

One thing I really liked was that each section also has a very clear lesson on the theory of how notes gain their value, the accompanying rests and so on. There are also a large number of songs with “suggested grooves” throughout the book, which backing tracks on the accompanying disc.

Again, I quite like the idea of these as the suggested grooves leave the student with a basic framework from which to then work off of, but also forcing them to develop skills of improvisation and musicality which sometimes get overlooked in favour of reading notes.

Overall a very nice book to use with new students and one I’d recommend.