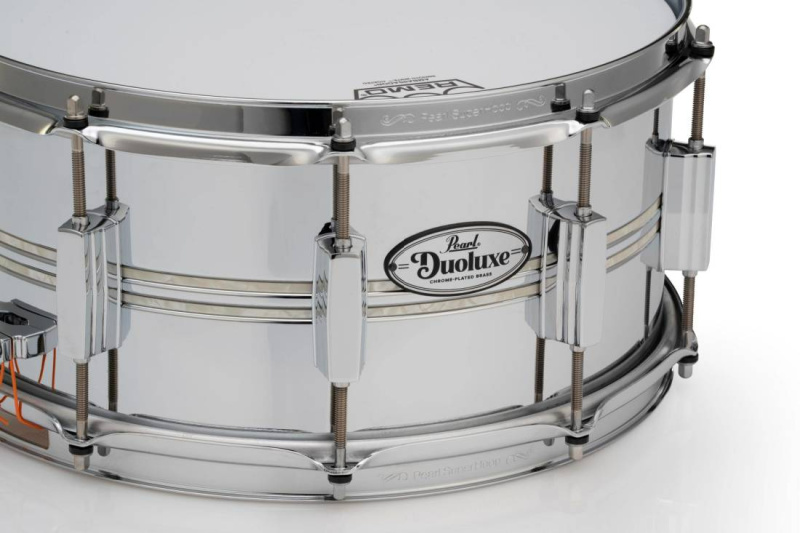 Pearl Duoluxe Snare Drums
‘With the look and rigidity of our trademark dual inverted shell beads, Pearl takes the chrome-over-brass alloy shell of our classic Jupiter snare and inlays it with two finish bands of Nicotine White Marine Pearl. This gives the shell a singular look and adds tonal control to its unbridled sound.’
Basically, the Jupiter is back.
Now, do you know why a lot of drummers fuss over the aforementioned Jupiter snare drum? It’s mostly because of a fella called Copeland. Stewart Copeland – of The Police, if you actually needed prompting on that – who famously used one. Plus, it’s one of those classic COB (chrome over brass) snare drums.
Available in 14×5 and 14×6.5” sizes, the Duoluxe snare drum features a 1mm dual inverted chrome-over-brass shell with 2.3mm Super Hoop II hoops, 20-strand Pearl wires and SR-017 throw off. The drums come with Remo USA heads top and bottom. 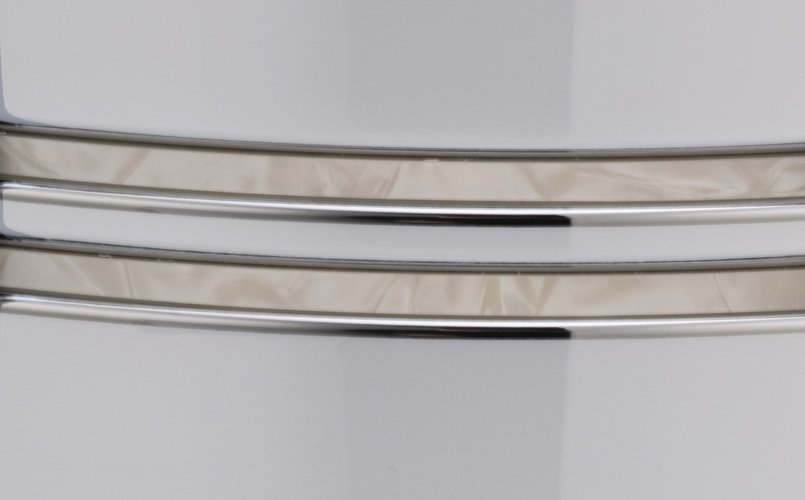 The most obvious feature of both models though is the Nicotine White Marine Pearl shell inlays around the centre of the drum. For me, it’s an interesting idea, but like it or not, it’s the first thing the eye goes to when looking at each drum. I guarantee that.
The sound of both Duoluxe models is bright and controlled, with consistent and uniform overtones. Both drums come across as being potentially quite loud but I thought also had an inherent dryness to them as well.
I’ve never played an original Jupiter, so I can’t really offer a comparison between the two models in that regard, but I can say that [to play] these drums feel good and solid; arguably what you want from a useful gigging drum. 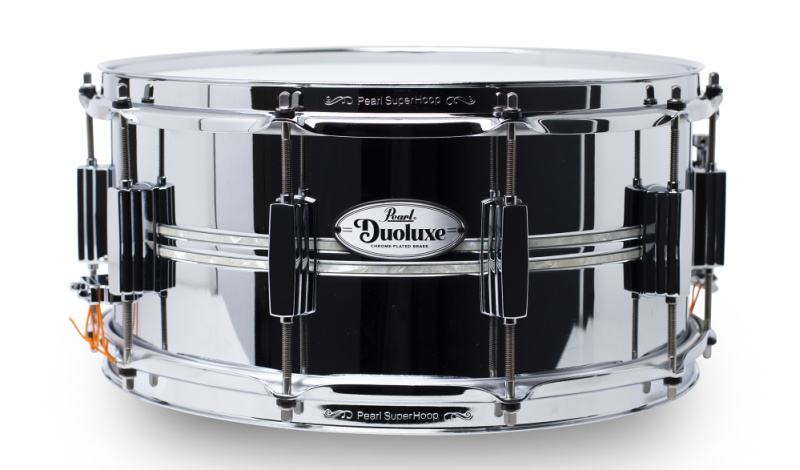 In addition, and in keeping with some of Pearl’s more recent offerings – i.e. the President Series drums – these drums look pretty cool and retro. If you like that retro vibe and look, these will be for you as, to me, have that vintage feel but with the comfort of a modern build-out, or in other words, something you can trust won’t fall apart on you mid-gig.
All in all, whilst these drums have been out for a little while now, I can see them being of interest to gigging and recording players alike. They’re versatile and loud, but also have a nice level of control to them as well.