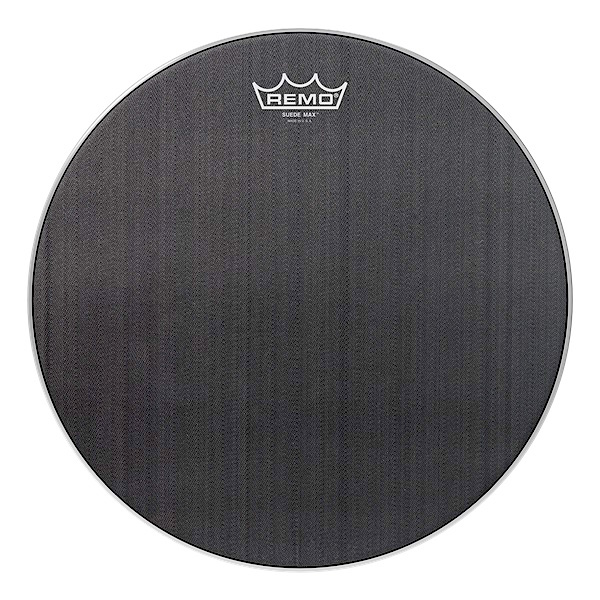 Ok, so technically this is a head designed for marching snare drums and not drum kit. However, I thought it would be interesting to try out this new head from Remo in a kit context and see if it provided a viable alternative for more conventional snare batters.

The head itself is not made from your usual plastic. It’s made using a state-of-the-art high tension fabric weave intended to provide maximum durability, with the Suede texture giving a warm attack, softer feel and warmer overall tone. The black matte finish provides higher clarity at lower dynamic levels.

So the purpose of checking this head out was to see how it performed on a kit snare drum, rather than the typically more highly tensioned marching snare.

Now, I’m not the hardest hitting drummer out there but I thought I’d give it a bit of a go when trying this head out in the video.

As far as the playing goes, the Suede Max doesn’t feel any different to a standard head, although having said that I didn’t try and play brushes on it – I think that would kind of be missing the point in this instance. 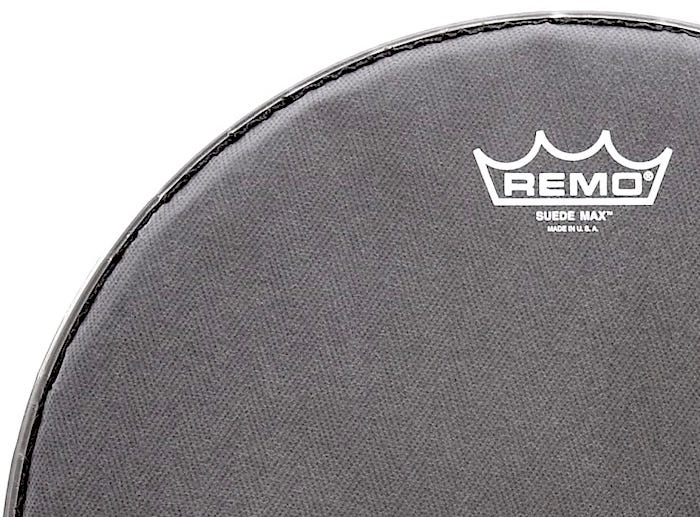 I had this head on my snare – a ‘Q’ 14×8” 3mm plate steel drum – for a good few hours playing over a week or so during which I played at my regular intensity/level. When I was done with the playing and the review, I took the head off the drum and, apart from the odd stick mark, there was no obvious damage or dents to it at all, which is obviously what you want from a head like this.

Sound-wise, I think this head lives up to its design spec. I was surprised that it went down [tensioning-wise] as far as it did, given its intended use, but this is also the first head of this type I’ve tried. In addition, I did think that the stick sound was slightly more clear and crisp than the previous head I’d had on that drum.

It’s not a cheap option, you’re probably expecting that much to be the case, but if you’re someone who plays hard and heavy and has a tendency to go through snare heads quite quickly, this might be a viable alternative for you.