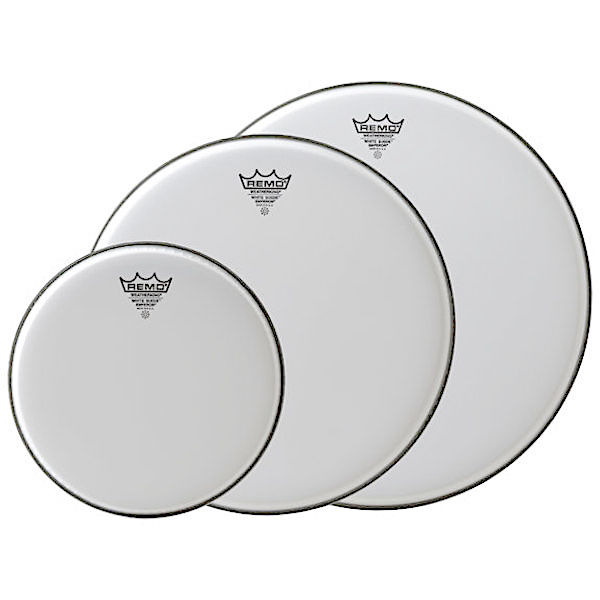 Remo’s White Suede heads have been out for a while but I thought I’d take a look at them as they’re a little different and not something I’ve seen a lot of people use. And, from experience, I also happen to think they’re a great alternative to coated heads.

I’ve been using White Suede Emperors on the toms of two of my kits for a few years, including on my main gigging kit.

I first tried them because I wanted an alternative to the coated heads I was using which I seemed to be going through far too quickly. I’ve found them to be durable, easy to tune and sound good. The words I would use to describe the sound of these heads on toms would be full, thick and creamy.

The drums used for this test were a Sonor SQ2 kit and a Q Drums 14×8” 3mm thick steel plate snare.

The 10” and 15” toms had White Suede Emperors on them (with clear Ambassadors on the bottom) and were tensioned to a medium level; the bass drum had a Powersonic head on it so isn’t included in the video as such. The snare was tried using both Ambassador and Emperor heads.

I generally use an Ambassador or other single ply head on my snares.

I’ve generally always used  a coated head but have also previously used a White Suede Ambassador on a 13×7” drum. On that particular drum, which was a Craviotto single ply maple shell with Yamaha wood hoops, I really enjoyed the sound the head produced. It had a warmer, rounded sound to it and I was rather disappointed when one day a bass drum spur fell from a shelf and went through it.

On the review drum, I didn’t find the Ambassador to be as warm or rounded, but the immediately obvious reason for that would be the huge difference in shell material. What was clear though was that the Ambassador provided a very resonant sound with attack.

The White Suede Ambassador is made from a single ply of 10 mil film.

Emperor White Suede heads are made from two plies of 7.5mm thick film.

The sound was more controlled than the Ambassador, with less ring and seemingly fewer high frequencies, without actually being dull. 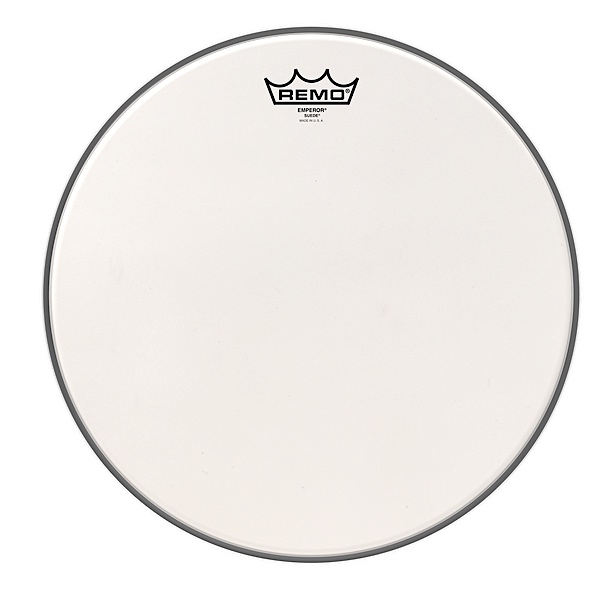 On the toms, the Emperors produce a nice, thick sound with lots of tone and resonance.

I’m pretty sure many years ago I used to use double ply heads on my snare drums and I’m now not sure why I stopped.

Out of the Ambassador and Emperor heads on the snare, I much preferred the two ply head over the single version. The sound was thicker, a bit more controlled, and to my ear, not as immediately harsh sounding. That’s not to say the Ambassador didn’t have it’s merits, but I preferred the Emperor so much I kept it on there and may equip other snares with that head going forward. I wasn’t expecting that to be the case.

As far as the toms go, like I mentioned before I’ve been using the Emperor version on a few of my kits for the last few years and I thoroughly recommend them. I’m not a light player – I’m not a gorilla with it, either – but I’m yet to really put any major dents in the heads and they still sound good.

More general info over at www.remo.com