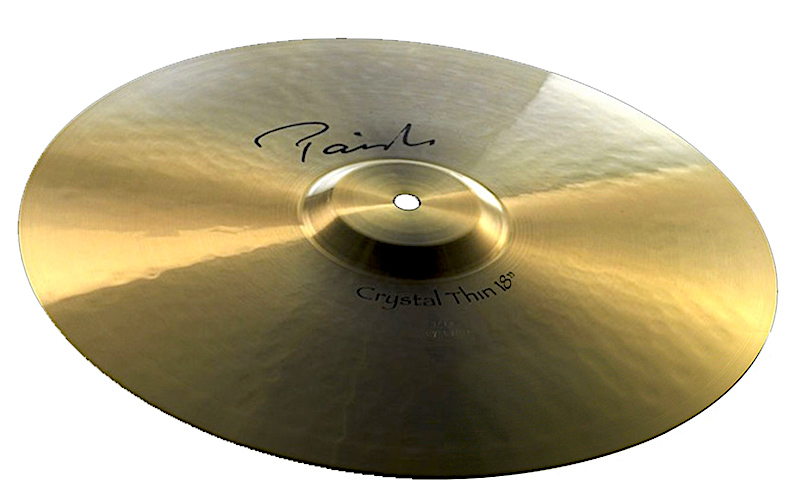 So as something a little different, I thought I would look at a few things from the past and do a review on them. This time round, I’m looking at Paiste’s Crystal Thin Crashes and Crystal Hats which came out about 12/13 years ago

Now, you may have come across or seen Paiste’s square bell concept and thought that was something new or even a bit out there. However, what you may not have realised is that the company first came out with the square bell concept in the 1970s within the Sound Creation line (as the Short Crashes). In fact, Paiste has actually produced cymbals using this concept many times over the decades and not just in their higher end lines either.

Physically, the square bells are relative to the overall size of the respective cymbal; in other words, they’re much the same as a regular cymbal just with the top removed. The cymbals are both lathed and hammered, and while you can easily see both elements, they’re not as obvious to the touch. In terms of weight, the crashes are in the medium range, with the hats featuring a fairly medium weight top and a heavy bottom. They’re made of Paiste’s Signature bronze, but don’t have the lathing or same overall look to them as other Signatures. Paiste did also do some Crystal crashes which were more like the regular Signatures and were a little heavier than the Crystal models.

The crashes, by design, aren’t particularly loud -I would say they’re probably low to medium volume – although the hats could probably hold their own in louder situations.

The general sound they produce is clean, bright, glassy and very controlled, with an immediate attack and swift decay inherent within the crashes and a clear and defined sound for the hats. I’ve also found that the 20” makes a very nice crash/ride as well, with it producing a gentle and defined bow sound, albeit at a lower volume.

As a set of crashes together or singularly I think they make really good recording cymbals because they just don’t ring for very long and have quite a soft feel to them. That said, if they’re treated gently enough they’d be good for lighter gigs too.

To my knowledge, Paiste only released these as the aforementioned sizes, which to me is a bit of a shame as I would have loved to have seen some splashes and maybe some sound edge hi hats as well.

For more on Paiste, go to www.paiste.com.