As a follow-on from the last update, I’m now going to look at the effects models I mentioned. These are from a few different series and each offer different sonic characters and feels. 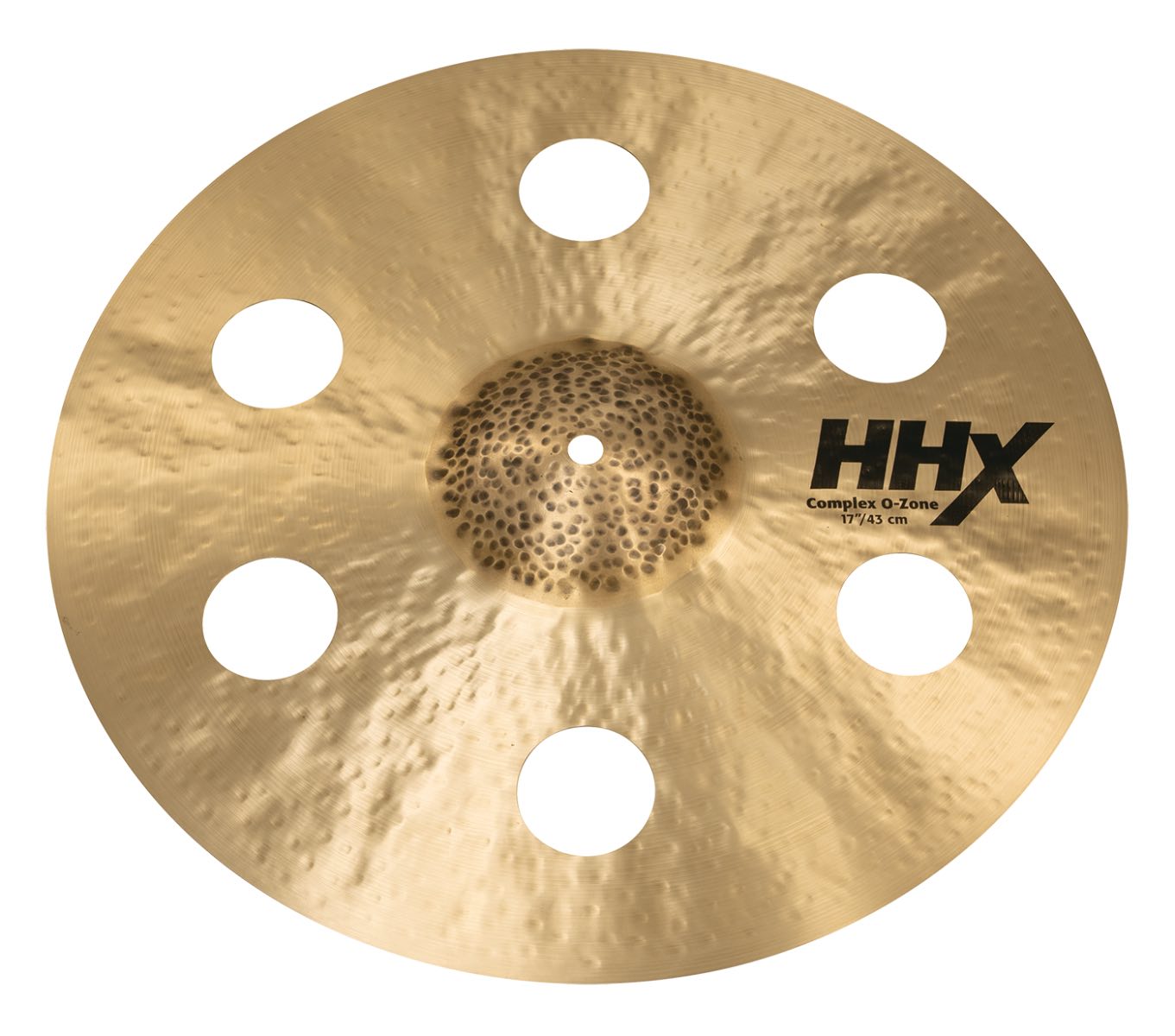 Ok, I love the Complex line of cymbals. I’ve probably said that before to be honest. There are some wonderful cymbals in this line and these two O-Zone crashes continue that. They have the inherent ‘O-Zone’ sound to them – which I describe as a cross between a crash and a china – aren’t too heavy and have a lot of personality to them. There’s plenty of spread to the sound which I would almost describe as almost gong-like in character when built up.

I wouldn’t want a whole set of these on a kit because you’d need something else to provide some brightness, but one or two of these would provide some lovely contrast. 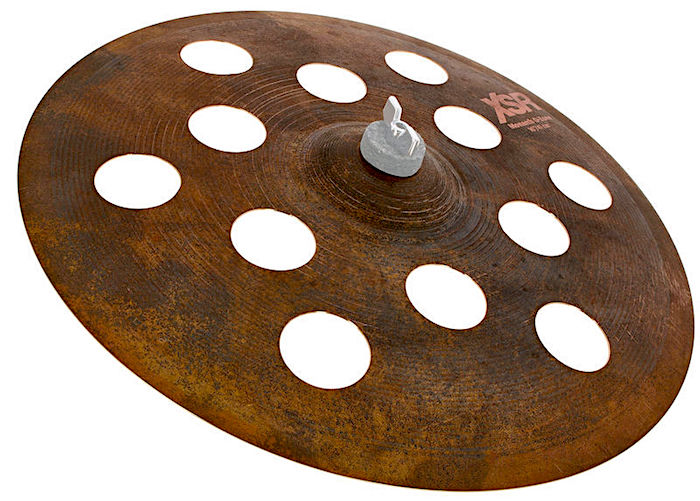 So as you’ll see below, one of these cymbals also makes the top half of the XSR Sizzler Stack.

I was initially a bit lost with this cymbal, in that I didn’t really know what it was for; was it supposed to be like the O-Zones above, it is a stacker, is it something else? I’m still not quite sure now really.

The cymbal is quite dead and dry as a crash and nothing like the previous two O-Zone modes in that it doesn’t really have the ongoing shimmer to it sonically and is very upfront attack biased with a very short decay. The cymbal’s finish should really have given that away. I think a larger version would provide an interesting ride option, but the 16” size was a bit quiet for that although it certainly wasn’t without merit in that respect.

However, for me, the Monarch O-Zone is the perfect ‘+1’ companion cymbal. Yes, it’ll work by itself but as part of a team it shines; the stack I’m coming to shows that, but I also liked two of them as a hihat  since it had a nice dry sound with a crispy attack. Not your daily driver type hihat sound, but very useable all the same.

I think this cymbal is a great example of thinking you know what to expect and then the reality is something completely different, which is quite fun in many ways. 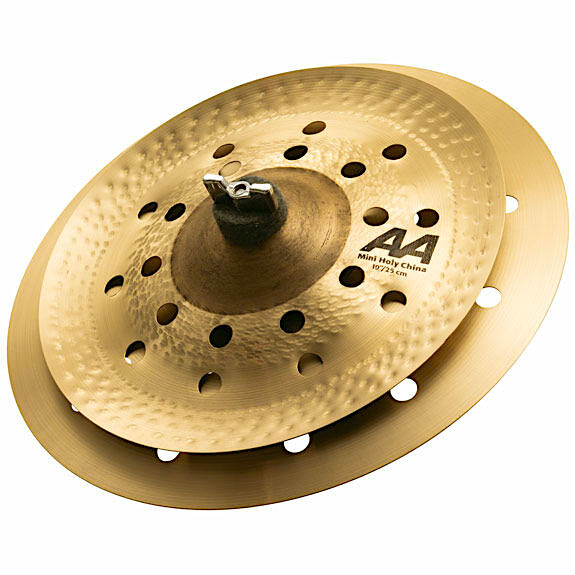 I’ve never been a massive fan of stacked cymbals; no particular reason why, they’ve always seemed to me to sound better on other people’s kits rather than mine. However, these definitely made me rethink that a bit.

The AAX Mini Monster Stax consists of a 12” AAX Aero splash – a cymbal design by itself which I loved when I first reviewed them ages ago – and a 10” AA Mini Holy China.

I think this stack is just great and I really enjoyed trying it. Quite softly spoken in my opinion (for a stack) in that it’s not so direct and brash sounding, this little pairing is almost fluffy in its attack and is much less harsh sounding.

As you might expect, the sound does tighten up when you clamp the cymbals down more, but that softness remains and for me makes this stack fall somewhere between a hihat and the XSR Sizzler Stack as a ride option. It’s soft enough to potentially carry it through quieter passages whilst still being a stack, but at the same time also not shouting about it. 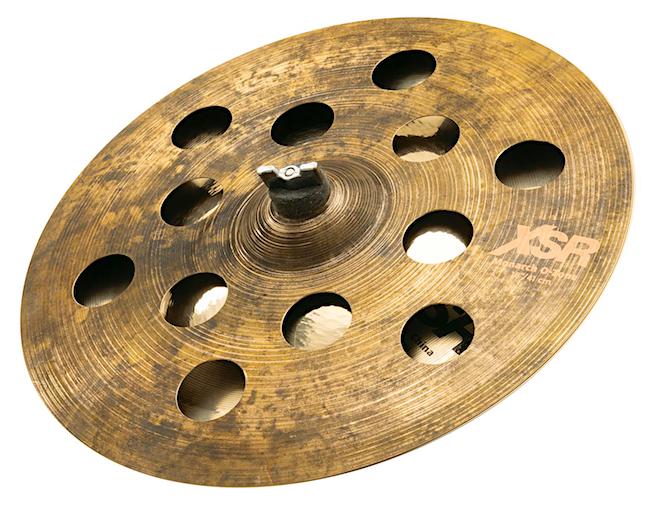 I would describe this stack as crispy and sizzley, with a very direct upfront attack. It’s quite loud and brash with a dead staccato feel to it. Unlike the Mini Monster stack which I would describe in speaking terms as perhaps a comma, the Sizzler Stack is an exclamation mark. It’s a definitive statement with clear intent.

I really enjoyed these cymbals as they all offer something a little different and the two stacks even changed my mind on stacks a little bit. I already liked O-Zone concept and I have a few like that already; for me they’re a little easier to fit in my day to day setup since they’re more of a cross between a crash and a china. Overall though all of the models I looked at offer something slightly different to more regular kit sounds and so if that’s what you’re into, they’ll probably something there for you.

Plus, and this is the important bit, they’re fun to play.