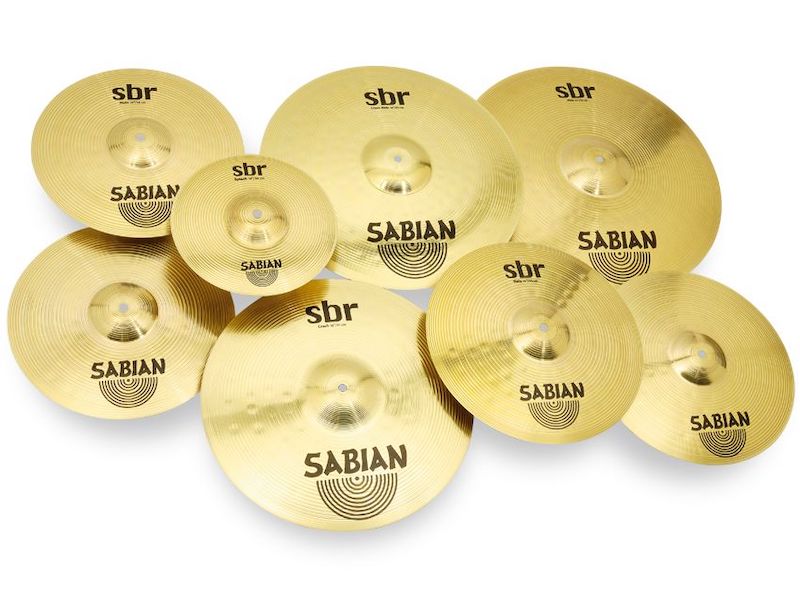 Sabian’s website says, ‘Yes, these are brass cymbals. No, they don’t suck…’ and having played these for a little while, I can’t argue with that.

I’d not heard of Sabian’s SBR range until they turned up at my house.

The whole range – the fact there’s even a range for beginner cymbals now is in itself pretty cool – includes two crashes, two pairs of hihats, a stack, a splash, a ride, a china and an o-zone crash, plus a range of box sets. I have to say at this point that I commend Sabian for the inclusion of such a wide spectrum of sounds, especially the 16” stack.

The pack I had contained some 14” hihats, a 16” crash, a 10” splash and a 20” ride. The inclusion of the splash was a welcome surprise when taking them out of the box and something I wasn’t expecting.

As far as sound goes, everything sounded very useable to me. 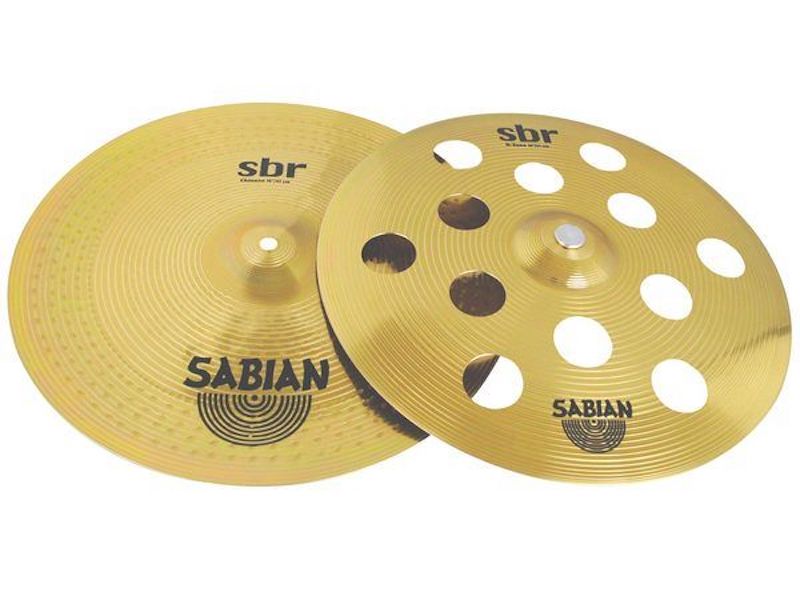 Unlike the beginner-level models from when I started in the 1980s, these don’t sound like cymbal-shaped bin lids and they don’t feel like it either. They have character, and they sound like what they’re supposed to be; you know, the splash actually sounds splashy. Due to the brass material they’re made from, they are on the brighter end of things, but if you’re starting out that doesn’t matter. In that sense, the only thing which does really matter is do they sound alright and how much do they cost?

I didn’t know the price of this pack until writing this now; I figured it would be a few hundred pounds. I was genuinely surprised to see that these are well under that and so I can’t help thinking what good value they are. Indeed, from looking into the pricing of the whole range as well, everything is really affordable, and like I said before, there’s a great choice of models too, comparable to what you’d get with much more expensive models.

Overall, I really think these are great starter cymbals and I’d say that these are a great way to get into the world of drumming.

So, back to the tag line we started with…No, they don’t suck…

More details over at www.sabian.com