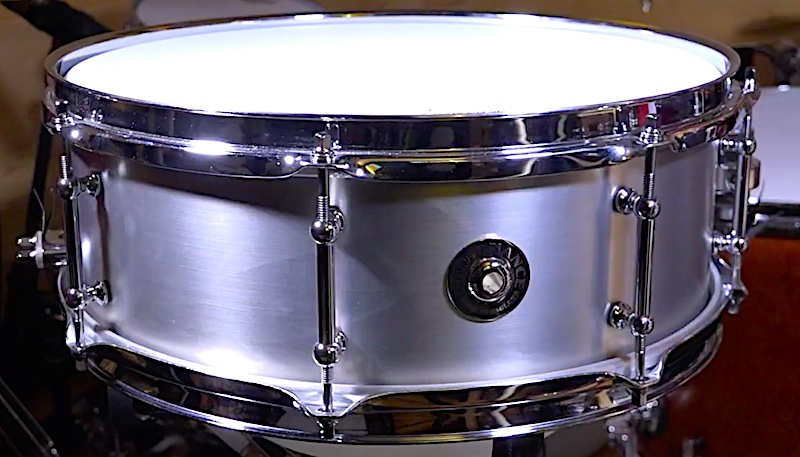 Ok, so the reason I did the finger tap thing at the start of the video was so you’d get some idea of just how vibrant and pure the tone of the shell was from even the weakest tap.

Over the last two years or so I have developed a real fondness for thicker, cast shelled metal snare drums. What I love about them is the projection, the tone and the ring. I think it’s something that really only comes with a thicker shell.

This particular drum I liked for a number of reasons, but probably mostly because – as per that intro – it continued ring for about five seconds after I just hit the outer part of the batter head with my finger.

Now, five seconds isn’t a long time. But, in snare drum tone terms, that’s a very long time. Next time you’re around your favourite snare, tap the head and see how long it lasts; I’m thinking that it probably won’t be that long.

As with all Provenance drums, the metal used for the shell has a history. In this case, it comes from a 1944 Rolls Royce Merlin engine, supposedly off a Mosquito fighter-bomber. 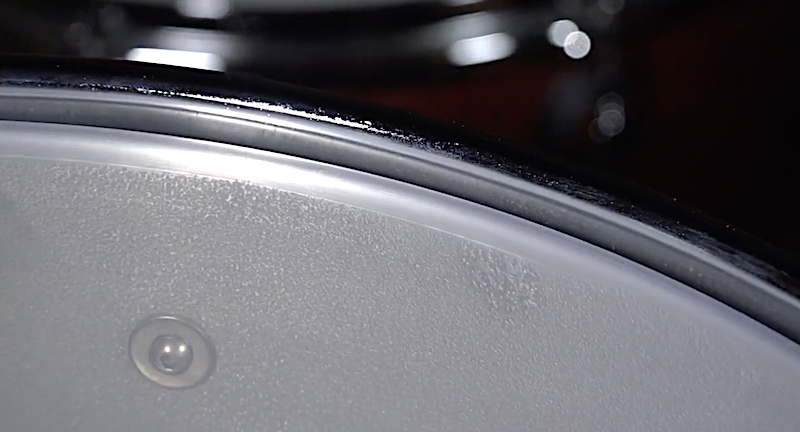 The shell is approximately 6mm thick. Like the aforementioned decay time, 6mm might not sound like much until you take into account the average snare drum shell is probably around 1.0 to 1.5mm. Suddenly, 6mm is really quite thick. As you can see, only the outside of the shell has been lathed, with the inside remaining as originally cast. I don’t know if this rough textured finish has any affect on the sound but it certainly looks cool and just a little different.

For me, this snare drum is the latter.

The drum sounds good in the room for sure; it’s bright and cutting as you’d probably expect from a thick aluminium shell, but for me it sounded best under the microphone.

I preferred the drum at more medium and lower tensions.

There’s three tensions in the video but I originally did four, with the last one being very low. The only reason I didn’t include it in the end was because the sound was so fat and resonant it sounded too much like a tom; the shell produced such a wide, clear and clean note with just a hint of wire sound.

As with anything high quality and pretty much unique, this drum isn’t cheap but for me this is about the only downside to it that I can think of. However, you do get what you pay for, and in this case that’s a wonderful sounding instrument and a piece of history.