‘The feel and response of a drumstick with the volume control and alternative sounds of a rod product.’ 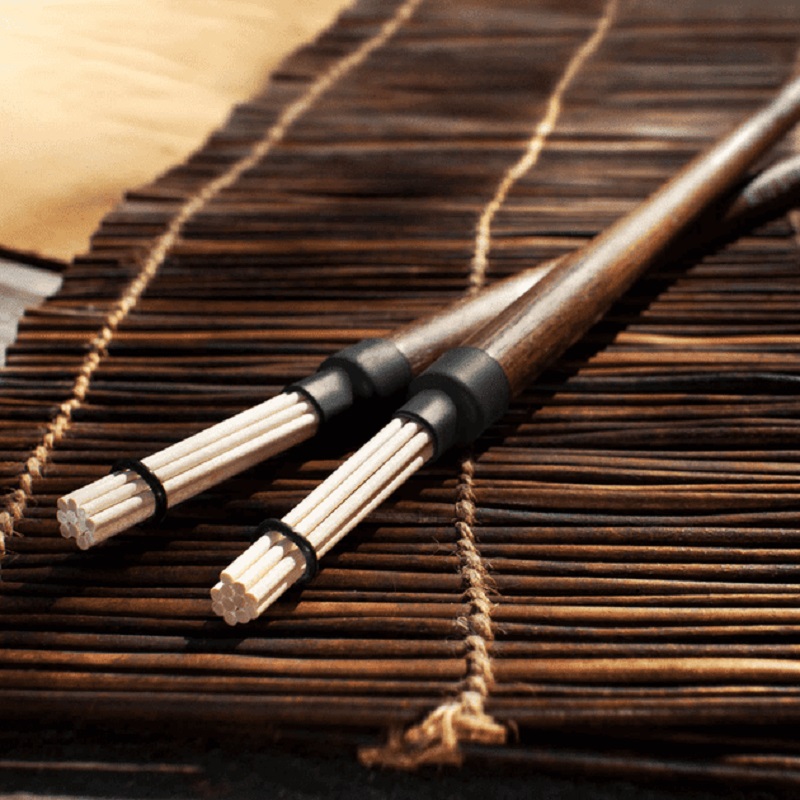 I think if I could just leave the review at that sentiment from the Vic Firth website, I would. It pretty much says what you need to know really.

I hate to think how many pairs of rods I’ve reviewed over the last twenty-odd years, but it’s a good few. Now, that’s not me bragging – is that actually much to brag about anyway? – but rather that I think I have a reasonably good understanding of the general concept of them. Plus, I’ve been using rods anyway since that song came out in 1995.

I mention all this why? Well, and I’m not exaggerating here, literally the first time I picked up a pair of these Rute-Xs to try them at a gig I noticed how different yet familiar they felt.

The familiar? The response. They felt like rods and sounded like rods and definitely provided the acoustic texture I was looking for. 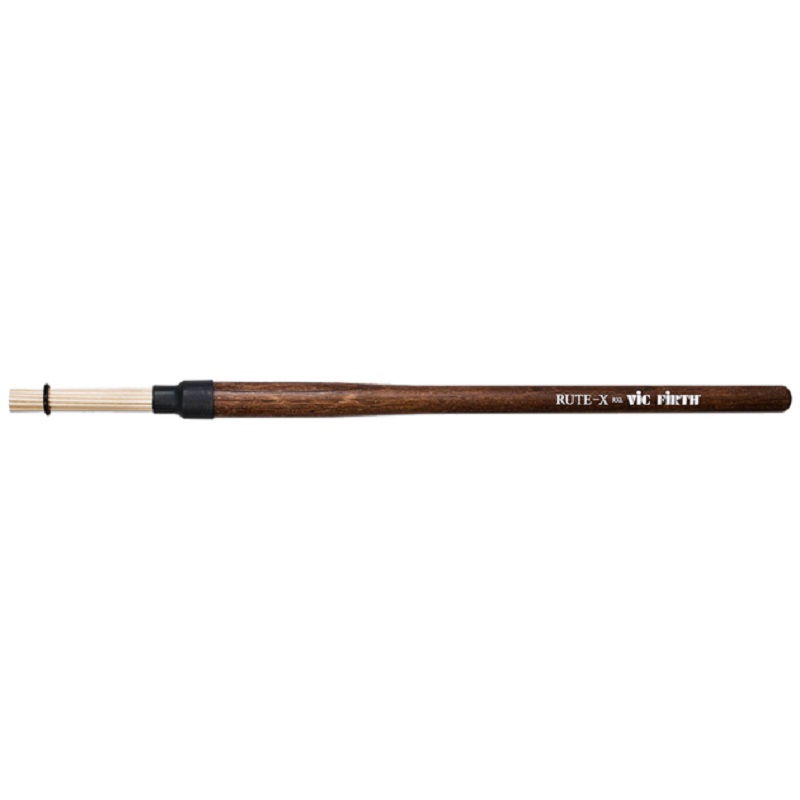 The business ends of all of these four new models are still pretty similar to what you would expect – light gauge (23 thin dowels), medium gauge (11 medium dowels), and heavy gauge (7 thick dowels) premium birch, and poly synthetic (10 dowels).

All of the sticks are 16.25” long with a thickness half way between a 5A and 5B. Even in my smaller sized hands they were comfortable. 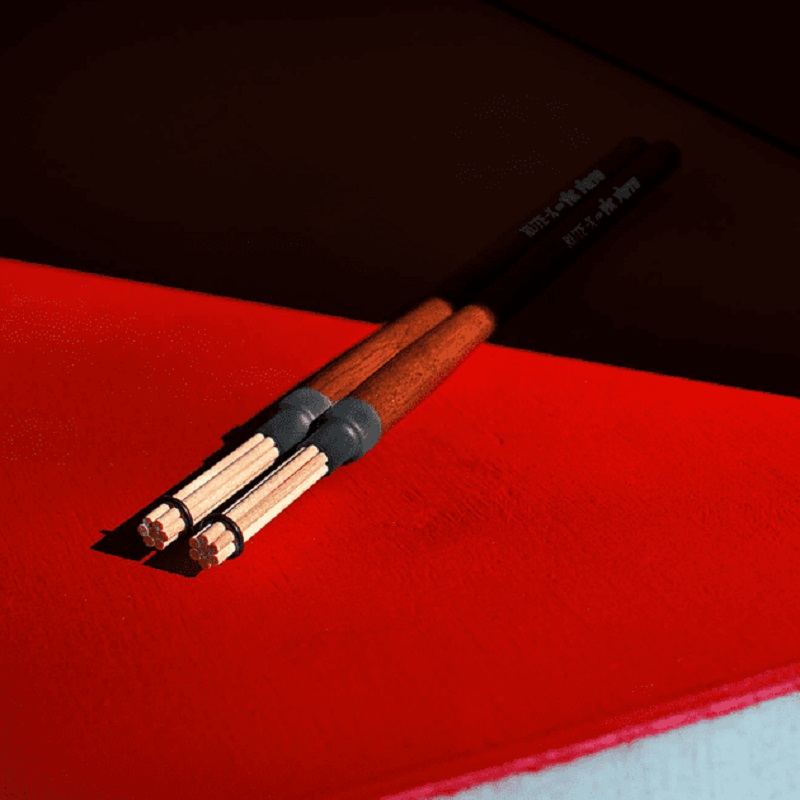 The shaft is made from hickory and is finished in a walnut stain, which means it should be fairly durable. Having such a substantial shaft design also lends itself to maybe laying a little harder into a drum if you wanted for a heavier back beat, and it does mention this on the Vic Firth website too. I didn’t really want to test that theory too much and rimshot one of the rods and possibly damage it but it did happen once or twice and the change in sound was both noticeable and pretty cool acoustically. The main winning aspect here is that it would be harder to damage the shaft on the Rute-X after continued – and slightly more enthusiastic – playing compared to the regular Rutes/Rods.

I think these are a natural development to the company’s regular Rutes.

While they definitely do feel different to the standard rod design which has been around for a few decades, and the fundamental is still the same, I think it’s slightly off in a new direction now as you can be a little more heavy handed with these should you want to be. I like them. 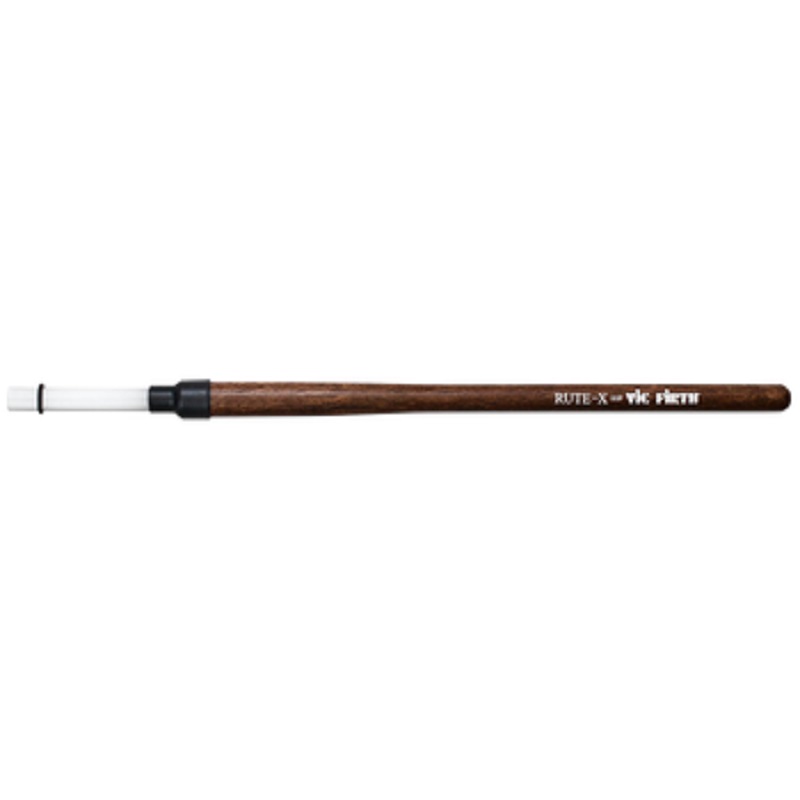