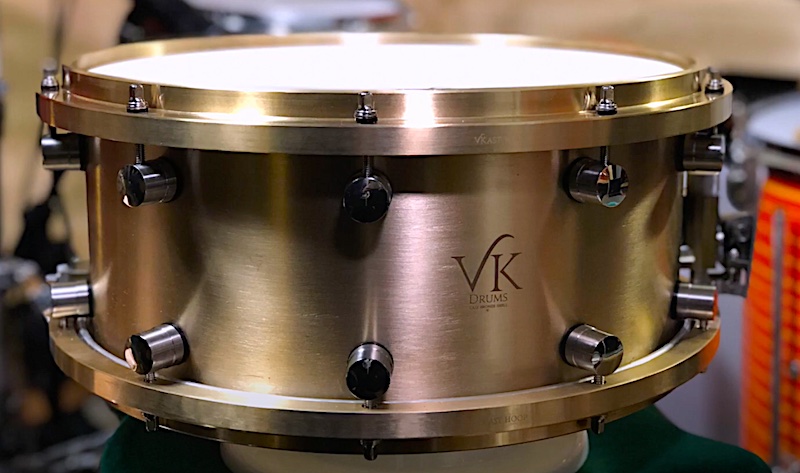 Alan Van Kleef has quite deservedly made a good name for himself over the last few years with his drums.

I first played one of Alan’s drums a few years ago when I got to review one of the Thomas Lang signature snares he made. What struck me about that snare – and what stayed with me too – is the very clean and precise look and feel VK drums have. The phrase which always comes to mind for me when describing them is ‘very engineered’; they just look well thought out and intentional to me.

There’s a big thing going on right now with cast bronze shelled drums being quite trendy and I’ve been caught up in it too for the last couple of years. With that in mind, this review is going to be a little different because both of the drums you’ll see in the video are mine (the graphics on them are all to do with my daughter), so I’ve already put my money where my mouth is; twice.

Both drums have a 5mm B20 (20% tin, 80% copper) cast bronze shell, cast bronze hoops, stainless steel VK lugs, throw off and butt plate (as well as the VKey which fits snugly into the snare mechanism) Remo heads and Puresound wires. Possibly the most obvious thing about these drums, however, is that they are incredibly heavy. And when I say heavy, I mean ‘struggle to pick one up with two hands if you’re not properly balanced to begin with’ heavy. The 13” weighs in at over 32lbs or 14.5kgs. 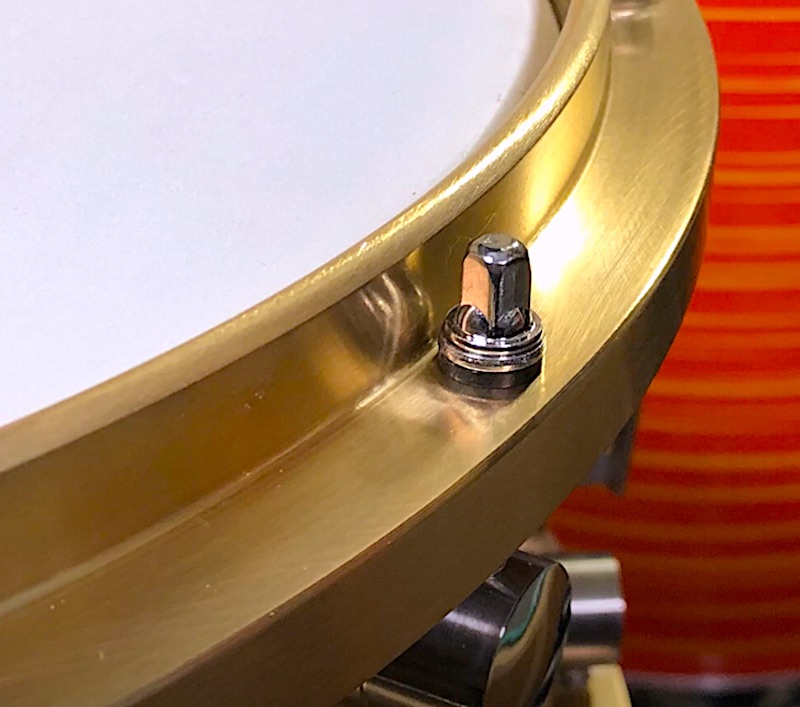 Now, weight isn’t everything and some may think that in itself might be some kind of gimmick; I can say it’s not. Yes, they’re heavy, but you absolutely feel the benefit and vibe of that when you play them.

Playing these VK drums is a huge amount of fun and a great experience as well.

There is an openness to the sound which is huge and fat when tuned down but it’s the ring and tone you get which really only comes from a thick bronze shell that is the main thing for me. That, and the physical power too. Some drums, if you hit them hard, they’ll choke or feel flimsy. These don’t, and that is totally an advantage if you’re trying to lay down a big heavy groove. You can lay into these drums and they take it. I currently have around 150 snare drums and out of those I can really only count on one hand the drums which play in quite the same way. As I said, there is a certain something about that shell and hoop combo and design which screams power.

Now, I do have some heavier/thicker shelled drums which – arguably – don’t really get going until you take at least a 5B to them with some level of force. I’ve never found that to be the case with either of these two snares. While they absolutely can do lighter playing (it would be rather like driving a tank down to the local shops though; sure you can do it, but why would you?) they tend to really shine at medium to louder volumes. 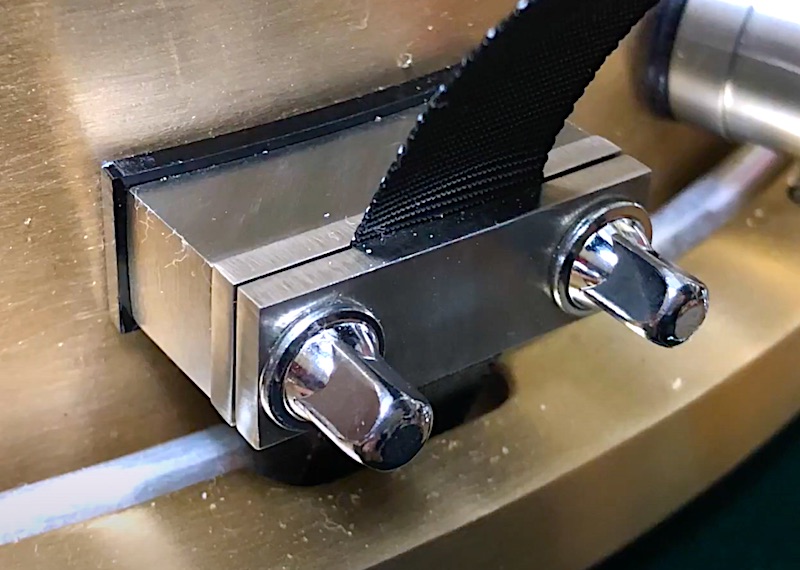 I would guess that many people will cry at the price of these drums, but cast bronze drums as a whole will never come cheap, especially those with matching cast hoops.

There is something special about a thick shelled, heavy drum with cast hoops. It’s something about the sound, but more uniquely, it’s the physical feel of this type of drum when playing one that is the most special thing for me. If you play a rimshotted flam on one of these drums you’ll know what I mean. It’s a physical experience you just don’t get back from most drums. Of course, you’ll also need a very solid stand to go with it too.

Ok, so you may think this is a bit of a glowing review, and yes it probably is. But, as I said, I’ve already bought and gigged these drums and I don’t think a week goes by when Alan isn’t posting at least a few similar drums he’s made for people, so it isn’t just me that likes them. And that Vic Firth Danny Carey video which has been viewed 4 million plus times on YouTube? That’s what he’s playing, albeit his own version of it…