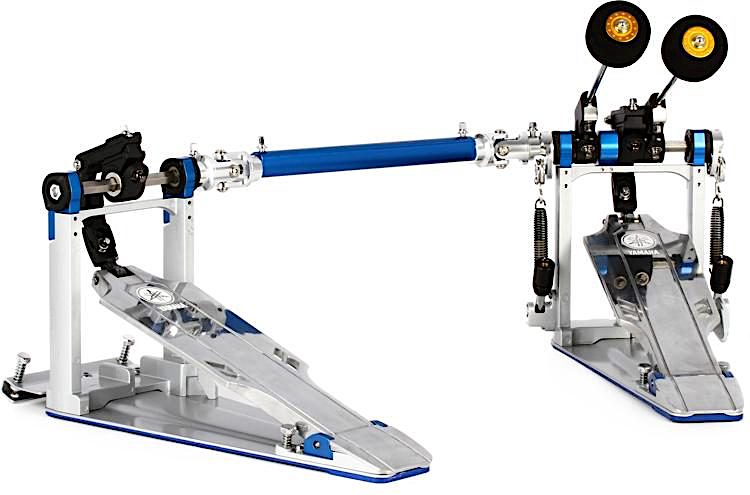 Yamaha’s FP9 Series of bass drum pedals have been out for a little while now and, from what I can see, gained a lot of interest in that time.

The FP9 pedals are available in single and double versions (lefty too) in direct drive and double chain variations. There’s no single chain version if that’s what you’re into. I don’t really have a preference when it comes to single/double-chain, strap or direct drive – I tend to like a pedal for what it is rather than how it works. For the review, I was given a chain driven single pedal and a direct drive double, something I didn’t even notice until some time after. I used both pedals straight out of the box with no adjustments.

Both of the designs here are smooth and very easy to play, which is really all you need in a pedal. The footplates are of a good size and as you’ll have seen above, the pedals themselves have lots of features and are very adjustable and customisable.

I admit to having a little collection of bass drum pedals (since they’re cheaper than snare drums and easier to store) but despite this, I actually had the single version on my home kit for probably a couple of months non-stop. It was just good to use as it provided a good solid option.

What you can also do with the chain drive version is convert it to a strap drive with the enclosed (in the case) nylon belt. To be honest, I completely forgot about this at the time so didn’t try this setup, but it’s a cool option to have if you either prefer a strap drive or want a different feel for different applications. 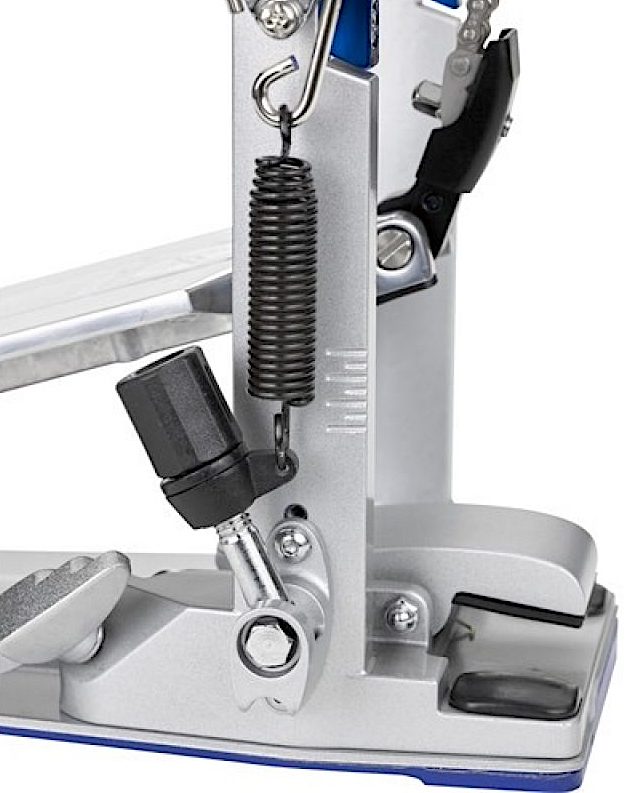 Now, I am not a double bass drum player. I do own some double pedals – from where I was slightly delusional and thought I’d have a go at it – but I really can’t play them properly although I still like to occasionally dabble because it’s fun.

As with most double pedals I’ve come across, the first thing I looked at was the linkage. If you don’t have a decent linkage between the two pedals, it ruins the playing experience.

The first set of double pedals I owned in the 1990s, there was give/play in the linkage. Not a huge amount, but it was there and sometimes you could feel it.

These DFP9D pedals though, have nothing. The link for the FP9 Series is big and heavy duty, something I found rather reassuring to be honest. Not even a hint of movement. They were, in fact, absolutely rock solid. The linkage is very different from what I have on my own pedals and probably double the size in some ways. I would say these were proper touring quality.

The direct drive mechanism itself was very smooth and fast and the anchor on the left pedal kept it very stable and in one place. It made me feel like I could almost play some proper double kick.

The beater design I initially found to be a little deceptive.

I don’t know why, but when I saw the beaters for the first time I was expecting the standard felt beater sound and performance.

However, I was pleasantly surprised to find that while the performance side of things were pretty much as expected, the sound the beaters produced was thicker and more weighty which I liked. They produced a very nice full sound from the drums I used them on.

If you want to change the weight of the beater, you can, with two weights being available; one a 3g aluminium and the other a 9g brass. 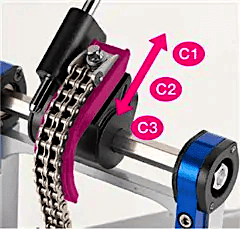 Ok, so down to what really matters; they’re not cheap, but then again, these are as high end as you’re going to get. That said, in the context of the bigger picture [in the world of bass drum pedals] they’re actually not as expensive as you might think.

In terms of performance, these are some of the nicest pedals I’ve played.

The pedals come in very nice sturdy cases and visually they just look really cool to me; the blue used is a nice touch which really stands out. I like the features they have, and the choice to place the anti-skid spikes towards the heel of the footplate rather than at the front of the pedal.

I have to say, these turned out to be some of my favourite pedals of recent years and I wasn’t expecting that.