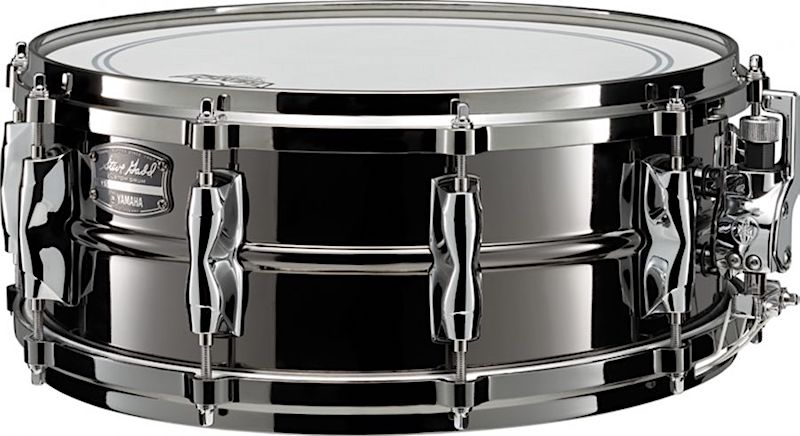 This year, Steve Gadd and Yamaha celebrate their 40 year partnership. In commemoration of this achievement, they wanted to invite 800 of us to join in with that celebration and so together they produced this special snare drum.

You also get Steve Gadd 10-strand wires, 3.5mm deep snare beds, one-piece lugs in dark chrome finish, Remo Powerstroke 3 batter/Diplomat snare side heads, a special Steve Gadd signature badge, a black nickel drum key and a special certification card. The drum is limited to 800 pieces worldwide, with only 280 of those to come into Europe. 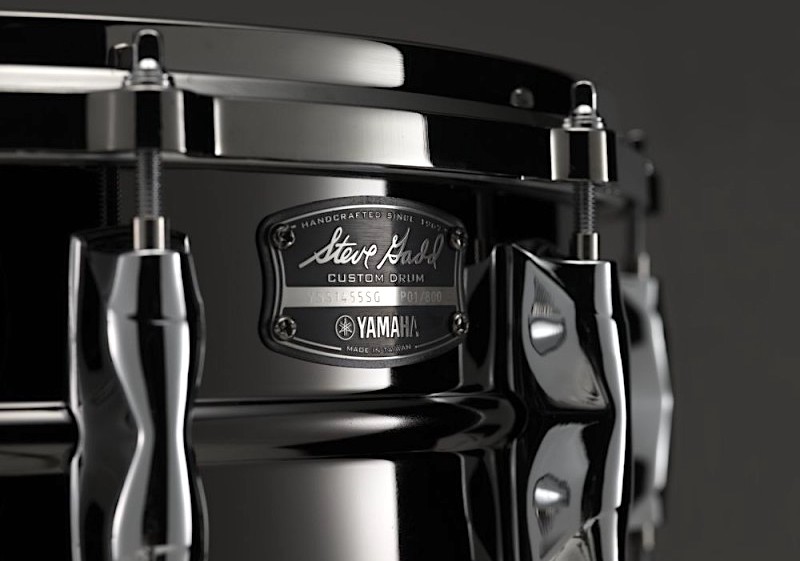 On getting the drum out of the box, I immediately liked the look of it; it really does look quite special.

The whole drum as a package actually looks great and apart from the finish, I really liked the lug and snare mechanism designs too, both of which I’d not come across before.

Now, while I did like the appearance of the drum, sound-wise though, I did wonder if I would like it given the tonal qualities of the wires and the specific sound they produce.

Upon first playing the snare, I wasn’t convinced I was going to fall in love with it as I just couldn’t find a sound I liked. That, however, isn’t unusual when I get drums to review. And that’s the thing with getting drums to review all the time – they’re not necessarily drums you yourself have chosen and spent your own money on and so sometimes they might not be something you would have ever picked yourself in the first place.

The problem here is that I know this is a good drum. I know that solely by virtue of what it is; Yamaha isn’t just going to turn out something that isn’t great for such a special occasion. Therefore, any sonic issues were mine to work through.

In this instance, it’s not my name on the badge and therefore my opinion on this aspect is a little irrelevant.

Steve Gadd, as most of you will know, sounds like Steve Gadd and not any one else, and so what works for him in his faultless drumming career kind of wins out over my own ‘career’ as a fella no one has heard of. All that said though, I put the drum away for a while – again, not unusual in these parts – got it out later to record it, and after some messing around, low and behold, it sounded as it should (by the way, that’s ‘great’…!) Personally, I liked the sound more under the microphone than I did in the room, but I find that with some of my own drums too. The end result really is that the drum did do what I was expecting it to do and well too.

As a collectible, I’m sure Yamaha fans will snap this drum up.

As a player drum, while I do like the Gadd wires (and still own some from many years ago), they do provide a very specific sound and so I can see for more general use people also investing in a bigger set of wires too for a slightly less dry sound. I can only think this would open the drum up to even more sonic possibilities.

All in all though, after my own little voyage of discovery with this snare drum and initially wondering if I would like it, I realised that I did. Get them while they’re still available as the original run of Gadd signature drums are quite highly prized now.