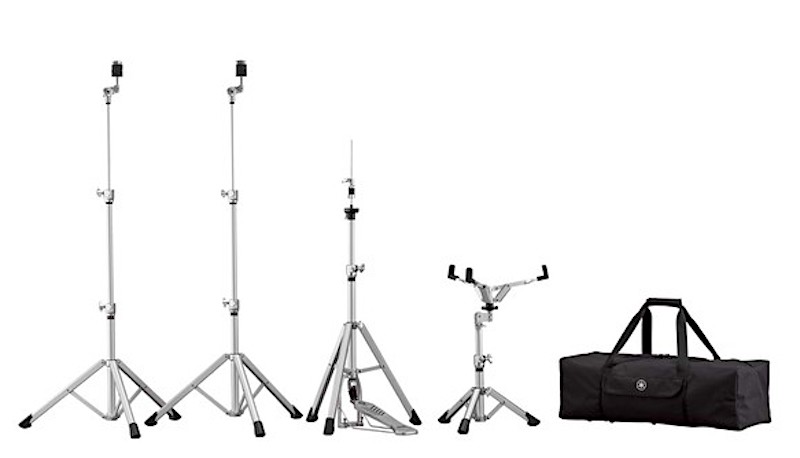 Ok, so this isn’t exactly a new release as such. That said, lightweight hardware is still a growing interest to many, especially those of us starting to get on in years.

For about 15 years I did hundreds of gigs with Yamaha’s (at the time I bought them) lowest end disappearing boom 700 series cymbal stands. I used these stands until I retired them to my studio a few years back. They were – and still are, actually – great stands. However, it was only after I started getting into lightweight cymbal stands that I realised how heavy even my little single-braced stands were.

I first saw these Crosstown stands at a show a while back and I did find their light weight to be both interesting and impressive. They’re made of aluminium and are designed to be durable, light and stable. The stands come as individual pieces or as a pack, complete with a carry bag.

The hihat stand is fairly no-frills but is smooth and functional. The legs come out a good distance and so everything is stable and its height adjustment I found to be more than adequate both high and low.

The snare stand is something I could definitely live with. It doesn’t go extra low – which I wasn’t really expecting either – but it does go low enough for those of us who sit low to be able to comfortably play a 6.5 deep drum without discomfort.

Now I also, for the sake of just because I could, tried one of my 14×8” 5mm thick cast bronze snare drums on it and it held just fine. I was a quite surprised. There was a little wobble in the basket area, but really only when I moved it myself. This drum is about 30lbs in weight, so that was definitely worth noting.

The cymbal stands, well, they go pretty high, and they go pretty low too. They do what you’d expect of a straight stand. But, herein lies a small problem for me… 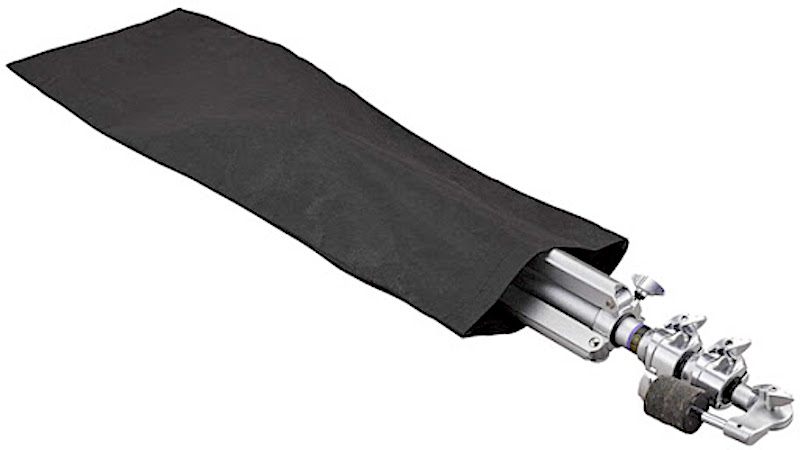 I do like these stands, I really do. I think they’re functional, do what is needed of them and are indeed light in weight. However, and for me personally this a bit of a killer, the lack of a boom option is a deciding factor.

Not having a boom option won’t be an issue for some players and that’s great, but I need one for my own setup situation and I’d guess I’m not alone with on that one.

Now, you could – if you had some spare [Yamaha] boom tops with 22.2mm/ 7/8” pipes – retro fit them into the lightweight bases to combat this, and that could work (it does work, I tried it) because all Yamaha hardware uses the same pipe diameters so it’s all interchangeable. Unfortunately, however, that may for some prove to be a little too costly an option if you don’t have spares and it does add weight back into the bag which pretty much defeats the object. The added weight on the arm/legs combo I tried wasn’t much, but it was very noticeable.

Notwithstanding this though, overall the stands do have some cool features to them and being able to ‘convert’ the cymbal stands to a two-piece design (from three) is a great idea as it obviously makes things even lighter. As you’ll also see from the video, the base will fit Yamaha tom arms too (again because they share all the same pipe diameters).

These are very light stands, so if you’re in the market for something lighter, they are worth checking out. Also worth noting that each stand comes with its own sleeve (to stop it getting scratched) and a bag to carry the whole set.

Below is Yamaha’s official Crosstown video.