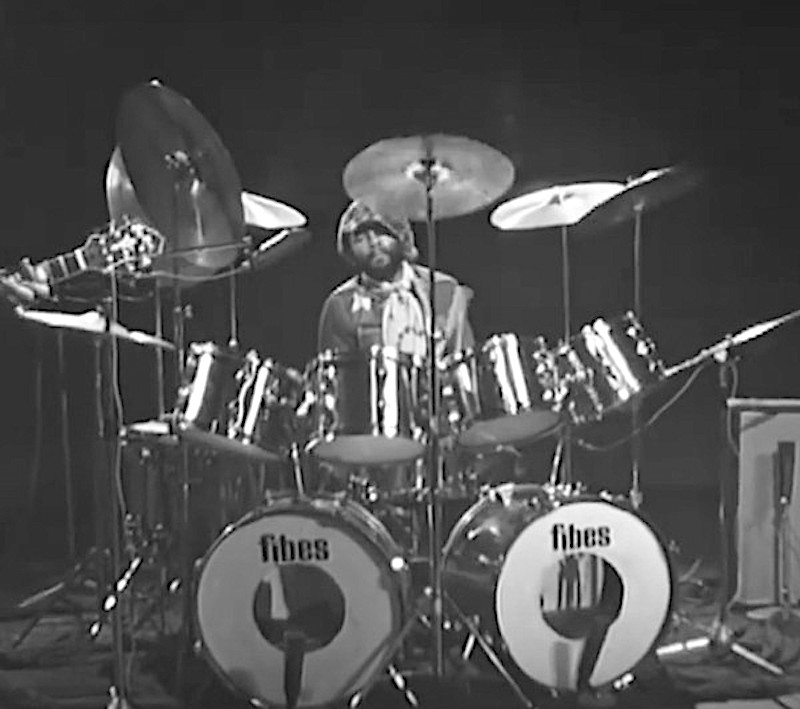 Alphonse Lee Mouzon will go down in history as being one of the inventors of fusion drumming.

He was born on November 21, 1948 and besides being an American jazz-fusion drummer was the owner of a record company, Tenacious Records, which he cleverly set up (mostly) to release his own recordings. Alphonse was a composer, arranger, producer, actor and last but not least, a drummer.

He gained popularity in the late 1960s and early 1970s which was when I met him. He was playing with ‘Larry Coryell and Eleventh House’ when Argent did several gigs with them. (BTW if you’re interested, the 11th House is an astrological term commonly called ‘The House of Friends’.) In those days CBS records would put together American tours for their artists so Argent would find themselves on the road with some extremely progressive musicians.

Alphonse (not ‘Al Baby’ as our tour manager made the mistake of addressing him) was exotically of African, French, and Blackfoot Indian descent, and was born in Charleston, South Carolina..He received his first musical training at Bonds-Wilson High School, and moved to New York City when he graduated. There he studied drama and music at the City College of New York, as well as (somewhat untypically) medicine at Manhattan Medical School. Eventually he studied acting in California at the Lee Strasburg Institute in Hollywood. 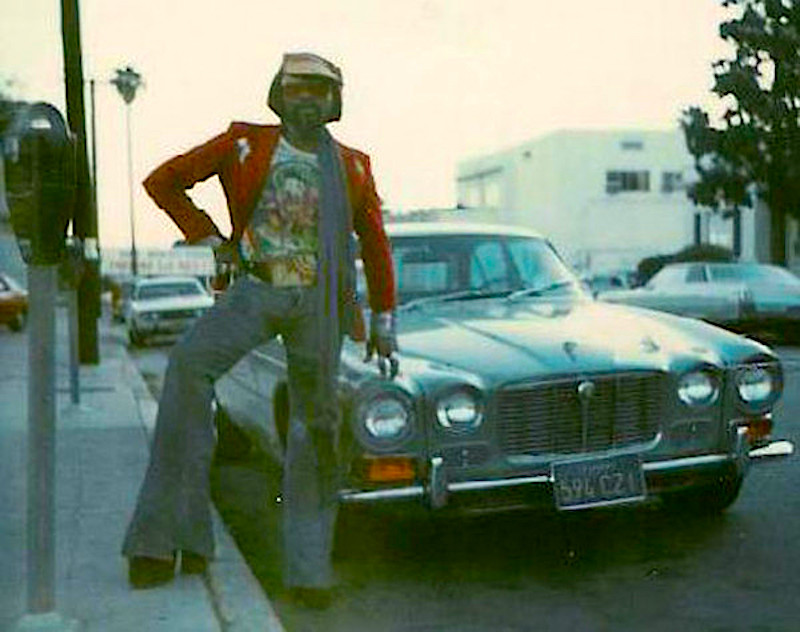 He was no ordinary drummer and continued receiving drum lessons in New York from a guy called Bobby Thomas who played with pianist Billy Taylor. In 1968 he got his first really professional gig playing percussion in a Broadway show called ‘Promises, Promises’ and then went on to work with pianist McCoy Tyner. Somewhat surprisingly he also gigged with Chubby Checker(!) before spending a year as a fully fledged member of ‘Weather Report’ – talk about chalk and cheese! After that Mouzon signed as a solo artist to the ‘Blue Note’ record label. This was in 1972.

Mouzon’s visibility increased during his tenure with guitarist Larry Coryell’s proto fusion Eleventh House from 1973 to 1975. Albums from this period include ‘Introducing the Eleventh House’, ’Level One’, and ‘Mind Transplant’. In 1977 when the band included Randy Brecker and Mike Mandell he played on their record called “Back Together Again”.

Mouzon also played with guitarist Tommy Bolin in 1974 and there are no prizes for knowing Tommy played on the ground-breaking album ‘Spectrum’ with Billy Cobham.

He was without a doubt an R&B specialist and made several albums in the genre including ‘The Essence of Mystery’ on Blue Note in 1972, then ‘Funky Snakefoot’ which was also on Blue Note a year later. ‘The Man Incognito’ also came out on the label in 1976, which included tracks like “Take Your Troubles Away”. In 1981 he made “By All Means”, which featured Herbie Hancock, Freddie Hubbard and Lee Ritenour. 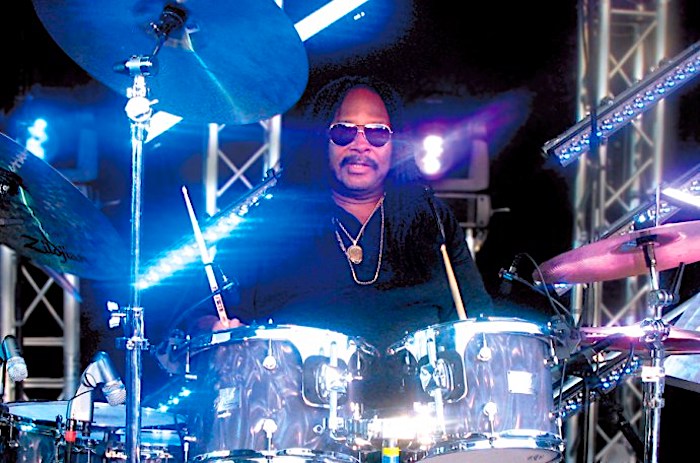 Alphonse Mouzon performed with a great many prominent jazz-fusion musicians including, in 1991, Miles Davis on the soundtrack album of a film entitled ‘Dingo’. The film was about an outback trumpeter who years after meeting a jazzman (played by Miles Davis) in Australia, goes to Paris and becomes reacquainted with him again.Mouzon composed a song “The Blue Spot” for the jazz club scene. He also appeared as an actor and drummer in a film Tom Hanks-directed called “That Thing You Do” in 1996. Alphonse Mouzon played the role of Miles again in the film The Highlife, which was shown at a film festival in Houston in 2003. But that’s not all – he can also be seen with Michael Keaton and Katie Holmes in a film called ‘First Daughter’, and as a character called Ray in the movie ‘The Dukes’, along with Robert Davi, Chazz Palminteri and Peter Bogdanovich. So he was a proper actor – even Levon Helm didn’t make as many films as Alphonse! 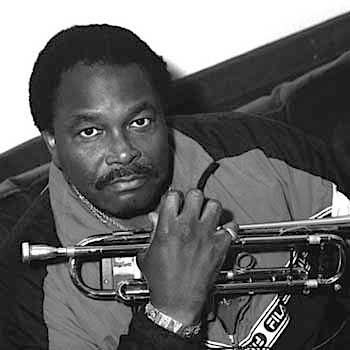 It’s fair to say Alphonse Mouzon played with some big hitters: Stevie Wonder, Eric Clapton, Jeff Beck, Carlos Santana, Patrick Moraz, George Benson, Betty Davis, and of course Chubby Checker, to name but a few. I read somewhere that Led Zeppelin’s Robert Plant during his acceptance speech for induction into the 1995 Rock and Roll Hall of Fame, listed Alphonse Mouzon as one of the band’s American influences. He was also an accomplished keyboard player who had also learned to play flute and trumpet at school.

In 1992, Mouzon formed Tenacious Records, and released his album The Survivor. More releases followed on Tenacious Records, including re-issues of earlier albums, included On Top of the World, Early Spring, By All Means, Love Fantasy, Back to Jazz, As You Wish, The Night is Still Young, The Sky is the Limit, Distant Lover, Morning Sun, and Absolute Greatest Love Songs and Ballads. Alphonse didn’t sit on his hands! 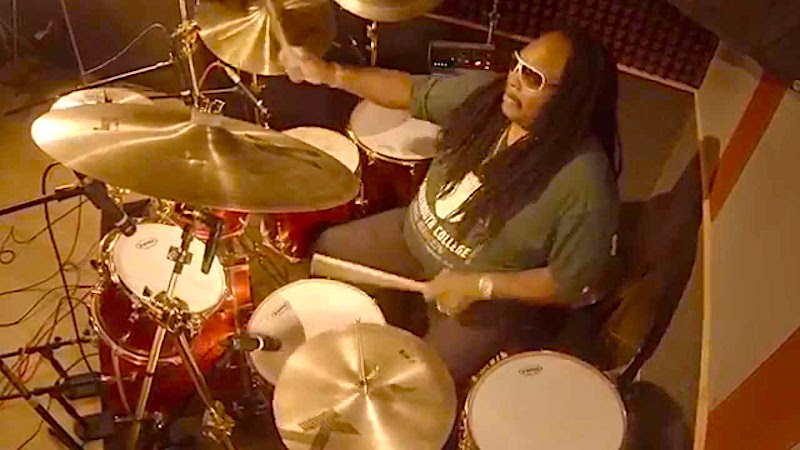 He was successful in Southeast Asia especially in The Philippines with his 1981 album “Morning Sun”, Most songs on the album, including the title track, were extensively played on various FM and AM radio stations during that time and it seems they’re still being used now in adverts and commercials there.

Mouzon played on Trilogue, a recording with Jaco Pastorios on bass and Albert Mangelsdorff on trombone. Originally recorded in 1976 it came out again in 2005.

As far as equipment is concerned when I played with him Alphonse played Sonor although I have seen pictures of him with Premier, Fibes, Gretsch and eventually Canopus. As far as cymbals are concerned the only evidence I can see anywhere is that at one time he played Sabian. 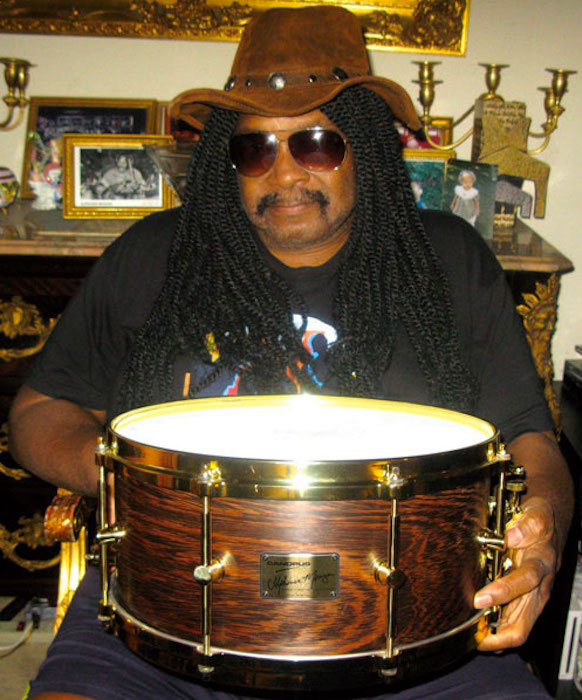 On September 7, 2016, Alfonse Mouzon was diagnosed with neuroendocrine carcinoma which is a very rare form. He died from cardiac arrest at his home in Granada Hills, Los Angeles, California, on December 25, 2016, aged 68.