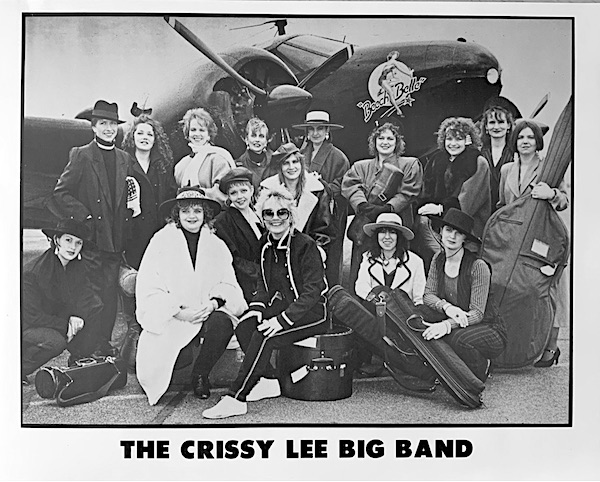 Nowadays it’s not at all unusual to see female drummers like Crissy Lee, it’s almost the ‘new normal’ – but it certainly wasn’t always like this when she began. At the very beginning of the sixties, the genre was still very much something of a novelty act in variety theatres, like one wheeled cyclists and harmonica bands with one very tall member and one very short one. This was the kind of thing we Brits saw on the stage six nights a week and twice on Wednesdays, or sometimes Thursdays (which were obligatory early-closing days for just about every large town in the UK).

I found myself appearing in variety shows, summer seasons and pantomimes in the very early sixties, like Crissy, Cliff Richard and eventually The Beatles. I bumped into her every now and again in TV studios, radio stations and motorway cafes during my time with Adam Faith’s Roulettes.

Crissy was the UK’s answer to Viola Wills and all the other American drummers from the distaff side, but she wasn’t quite the only female drummer because Honey Lantree came along a little after with the Honeycombs who had hit records. 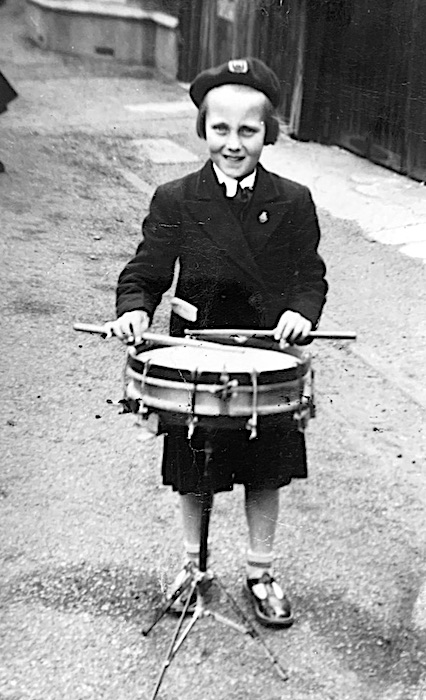 Crissy Lee, aka Chrissy Lee and Chrissie Lee (nee Christine Leeworthy), was born on June 17th,1943 in Colchester, Essex and is described succinctly on the internet as a British pop and jazz musician. As well as being these, she was also a proper band-leader .She began her long drumming career in various Salvation Army bands and her career began at the age of four when her father came home with a pair of drumsticks. She immediately began to play rhythms and rudiments which were far more complicated than those her father could show her!

Like several of our home-grown British ‘Groovers and Shakers’ subjects, her first break was with an appearance in 1955 on the ‘Carroll Levis Discovery Show’. This was a television talent show on the BBC presented by a Canadian broadcaster – this when she was just 12 years old.

A year later she had reached her teens and became a member of a swing band called The Lena Kidd Seven. Like many musicians of the time they toured American military establishments. Having done these gigs at roughly the same time as Crissy it certainly wasn’t easy to get into the clubs where you would be playing to fully-grown servicemen. You needed to keep a low profile which was made slightly easier by the fact that for some reason (?) it was almost pitch black in these clubs – a lot of fraternisation went on when buses full of local women arrived to ‘dance’ with the Americans… 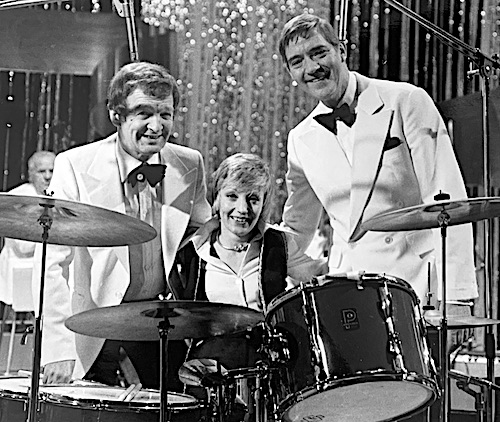 At 16 Crissy moved to London and at 17 became the drummer for Ivy Benson’s band. This was pretty much something of a rite of passage for female musicians. Almost the only rite of passage. With the Benson Orchestra she accompanied a plethora of vocalists such as: Frank Sinatra junior, Dinah Washington, Fats Domino, Caterina Valente and Tom Jones. After five years with Ivy Benson, she began an offshoot group called ‘The Beat Chics’. This was in 1963 when, with five other musicians from the Benson orchestra she actually supported The Beatles on their first tour of Spain. Their cover version of Bill Haley’s ‘Skinny Minnie’ was internationally successful, and in 1965 Lee and the ‘Chics’ were equally successful with records in both the Spanish and Latin American charts.

In the fullness of time she became the first female bandleader working for Mecca – a famous company which owned a great many dance halls throughout Britain. This was where just about all musicians of whatever genre (including Dave Clark) played from time to time. She eventually joined the Mike Holly Big Band in the late sixties before putting together a seven-piece band of her own called The Christine Lee Set. They were heavily influenced by ‘Blood, Sweat and Tears’ and mainly had engagements in upmarket and often far-flung hotels, like the Sheraton in Cairo. While there she also found herself appearing on Egyptian television.

She really got around and played with her band at ‘The Top of the Carlton Hotel’ in Johannesburg. On her return to the UK this touring band was followed by a slightly bigger one: a ‘twelvetet’ which played at the Lyceum in London, which was both a theatre and dancehall off the Strand. She then led smaller bands and was also musical director for Ken Dodd, Roy Castle and Bob Monkhouse. More recently, and famously she had a residency playing on a TV show for Frank Skinner. Throughout the 1990s she led her big band – ‘The Crissy Lee and Her All-Female Orchestra’ – with whom she played at various European high-profile festivals including the prestigious Cork Jazz Festival. Then she led the ‘West Coast Quartet’ with saxophonist Kellie Santin. 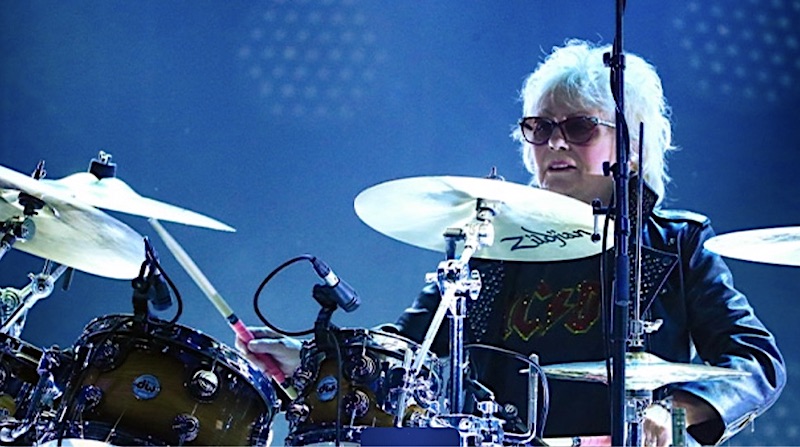 As I said she was frequently to be seen on family-type TV shows for the whole of her professional career. However a mixture of jazz and rock music remains her love.

Crissy was in Britain’s Got Talent in 2009 where she was billed as the drumming Grandma. Crissy astonished the judges and did rather well – she was runner up!

As far as gear is concerned I certainly remember her being a Premier endorser although there are photos of her playing Pearl, DW and Mapex online. The only cymbals she has played as far as I can see are Zidjian which is a liaison which has lasted for a long time.

As I mentioned earlier, Honey Lantree was possibly the second female drummer we saw in the UK and she was in the Honeycombs and had successful records including “Have I The Right”, Of course there are now quite a few more including Emily Dolan Davis, Cherisse Osei, and Evelyn Glennie who I feel I would be doing a disservice describing as a drummer. Evelyn is more a solo percussionist of course, and I will be telling her story in Groovers and Shakers as soon as! 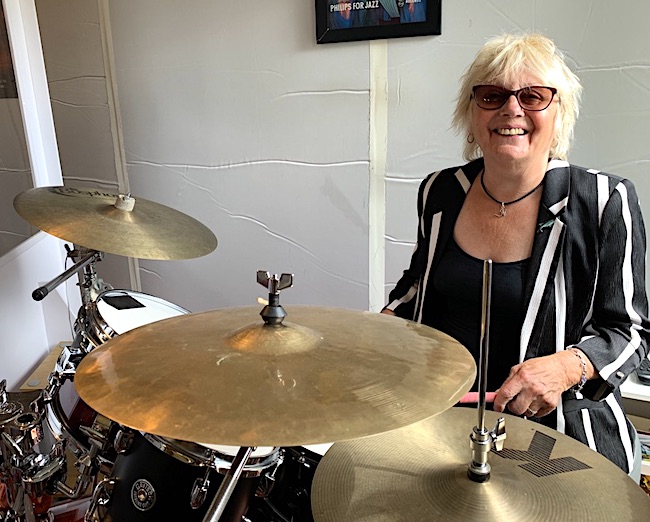 Crissy is still going strong and certainly not sitting on her hands. She tutors and mentors drummers from a studio near Colchester.