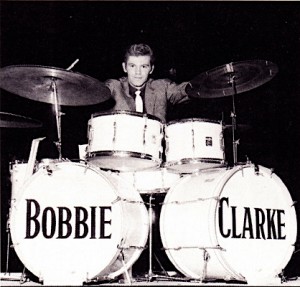 Bobbie Clarke may well have been the first proper rock ‘n’ roll drummer I saw at the Imperial Hall, my local dance hall in Waltham Cross, a dormitory town just outside of London. This would have been towards the end of the 1950’s. However, he was known by his real name Bobby Woodman at the time. I can’t remember who I saw him playing with but there was a whole gang of embryonic rock‘n’roll artists it could have been – many who were named exotically and evocatively by a svengali named Larry Parnes – aka ‘Mr Parnes, shillings and pence’. He could have been playing with Johnny Gentle, Vince Taylor, Vince Eager, Dickie Pride, John Leyton, Duffy Power, Lance Fortune, Terry Dene, Ricky Valance, Jess Conrad or possibly even ‘Screaming’ Lord Sutch. It was less likely to have been Billy Fury or Marty Wilde because they had their own backing groups.

How it worked in those days was one (or more) of these guys would turn up at the gig your group was playing at, and you’d be engaged to back them. It sounds complicated but in reality it wasn’t – so long as you knew how to play what was often their only hit record. Other than that they’d simply pick a few pieces from the mythical ‘big book of rock and roll songs’ and that would suffice. It only went slightly wrong when there were two or three of these artists on the bill at the same time. But no problem, in that case they would all happily sing the same songs in their act: Be Bop A Lula, Mean Woman Blues, High School Confidential, 20 Flight Rock, and so on.

To get to the point, what surprised me most, something like sixty years ago, was that Bobbie Woodman had not one, but two bass drums on his Ajax kit, and also a great big chunk out of one of, what were most likely to have been, his Ajax cymbals. This didn’t seem to bother him too much and he just got on with it. He was a trailblazing drummer – loud and aggressive, long before it was fashionable!

He was born Robert William Woodman in Coventry on the 13th of June, 1940 and it’s not a very well-known fact that Bobbie Clarke/Woodman was Deep Purple’s drummer for eight weeks or so around 1968 – even before they had that illustrious name. Ritchie Blackmore had seen him playing with Johnny Hallyday (aka ‘l’Idole des jeunes’) in France sometime during 1963 and 1964. Johnny was by far the biggest rock ‘n’ roll star in France from the sixties (when I was living and working there with another popular chanteur called Richard Anthony) until his death in December 2017. Bobbie had his first taste of fame with Vince Eager’s ‘Beat Boys’ in 1958, a group which became The Wildcats who played with Marty Wilde.

He was actually asked to change his surname to Clarke, which was somehow considered to be more exotic, when he moved across the channel to France in the Swinging Sixties to play with Vince Taylor’s Playboys. Taylor was an Englishman who moved to America as a child and was brought back by his brother-in-law Joe Barbera to make it in the UK. (Joe of course, went on to establish Hanna-Barbera and produce cartoons like The Flintstones and Huckleberry Hound). Prior to this significant pre-channel-tunnel journey though he’d been frequently seen playing at dance-halls around the country as well as coffee bars like the famous ‘2I’s’ in Soho’s Old Compton Street. 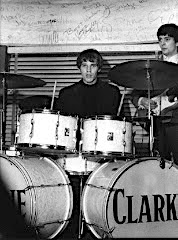 Vic Clark (Screaming Lord Sutch and the Savages Guitarist in 1960) said “We played the 2I’s very frequently when Vince Taylor and the Playboys was the main act at that time. Bobbie Woodman was in the the Playboys and an amazing rock drummer. He really worked his kick-drum, nearly everything was eight beats to the bar. All the musicians who went to the 2I’s were strongly influenced by the sound of the Playboys, which really came from Bobby Woodman. It was a hard, punchy, aggressive style which made any other British rock or pop group sound weak and flimsy by comparison. And [to stand-out more at the back of the stage] Woodman had his hair bleached for visual impact.”

Vince Taylor was evidently responsible for giving Lord Sutch something of leg up with his career too when Sutch had joined the band for a time, whereupon Bobby Woodman left a lasting impression on everyone involved including Dave Sutch’s drummer Carlo Little.

As I said, in France Bobbie was known principally for his work with Vince Taylor and The Playboys, the backing group of choice since those halcyon days in that Old Compton Street coffee bar. He did play with others of course and even set-up what the French euphemistically called ‘une orchestre’ improbably named ‘The Bobby Clarke Noise’ to back Dick Rivers – another Americanophile Frenchman. It was at the request of Eddie Barclay, the head of Barclay Records, that he changed his surname to Clarke – allegedly in exchange for a six year recording contract.

Like just about of all of our generation in the UK he was inspired by Eric Delaney and like him became famous for his drum solos. “The Bobbie Woodman Noise” became the “Bobbie Clarke Noise”, and “Bodast” with Steve Howe came along in 1968/69, followed by “The Bobbie Clarke Connection” in 1971/72.

As I trawled the internet researching this piece I discovered the usual anomaly with the diminutive of the first name Robert – is it Bobbie or Bobby? Elliott, Graham, Blotzer, Ratt, T. Torello, Rock, Rondinelli and even Henrit have all suffered from this problem. So, as far as Mr Clarke is concerned, it appears you can use either. 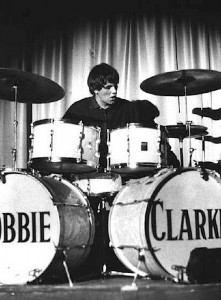 Although his initial love was jazz, as portrayed by the likes of Gene Krupa, Buddy Rich and Phil Seaman, Bobbie really began his career playing the rock ‘n’ roll music which most jazz musicians hated in 1958 because it was simplistic, At the time he was with embryonic UK Rocker Vince Eager. He, then moved on to playing with Billy Fury, Colin Green, Marty Wilde, Duffy Power, Dickie Pride, Screaming Lord Sutch, Engelbert Humperdinck, Gary Glitter, Georgie Fame, Gene Vincent, Jimmy Page, and Tom Jones. He had a brief career in the United States in 1965/1966, when he played alongside Taj Mahal, Frank Zappa, Arthur Lee and even Jimi Hendrix. In the late 60’s, he perform with Ritchie Blackmore and Jon Lord, Jeff Beck, Ron Wood

Bobbie Woodman/Clarke found his way to America with a couple of pals in 1965 and replaced a chap called Don Conka who had been in the band ‘Love’ with Arthur Lee. They were recording and playing at clubs in the area but his time and his career in The New World were both cut-short abruptly when he was arrested for cannabis possession and promptly deported!

Undaunted, he returned to France and put ‘The Noise’ back together again with Dave Curtiss on bass, to back Vince Taylor once more. It was at this time that Ritchie Blackmore asked him to join a band tentatively called ‘Roundabout’ with him.

Bobbie Clarke arrived at Deeves Hall, near Potters Bar in February 1968 where a still not definitively-named band were getting it together, man. He was accompanied by one Dave Curtiss, a singer who had toured with him across France in 1967 on a package tour called “L’épopée du rock” (The Rock Epic ). Their aim was to check out what turned out to be the embryonic Deep Purple project. 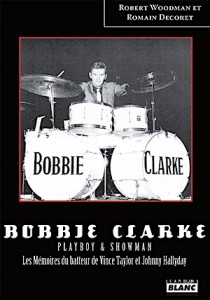 Dave Curtiss evidently went back to France, while Clarke stayed with the rest of the Deep-Purple- to-be guys in their country house getaway for a while. But it was clear to the rest of the band that  he wasn’t really into what was fast-developing into a progressive rock band (or what Bobby evidently called ‘circus music’!). So when the group advertised for a singer and Rod Evans turned up with his bandmate Ian Paice from ‘Maze’, they cruelly sent Bobby out shopping, quickly auditioned Ian and promptly gave him the gig. Bobby’s time was up!

After the job with the group now named Deep Purple fell through, an album was eventually completed by Bobby Clarke and Dave Curtiss for the band which became Bodast, with Steve Howe on guitar. Bodast was a name constructed from the first two letters of the group’s first names: BObby,DAve and STeve.

They had some success opening for the Who and backing Chuck Berry at The Albert Hall, but after this he headed back to France to work with Johnny Hallyday one more time.

It seems Bobbie Clarke never stood still and in 1971 he put together The Bobbie Clarke ‘Connection’ which even though they’d worked on demos at Barclay Studios in Paris failed to secure a record deal. Undaunted they set off on a European tour.

In 1974 he put the ‘Noise’ back together for the last time to back his old boss Vince Taylor. This work with Vince Taylor seems to have gone on for most of his life.

Bobbie Clarke Woodman died after a long illness at the age of 74 in Coventry.Depending on where you read, he grew up there (as I mentioned above) but this is disputed in some areas. Certainly he’s honoured on the Coventry Music Wall of Fame along with several ‘Two Tone’ stars.. 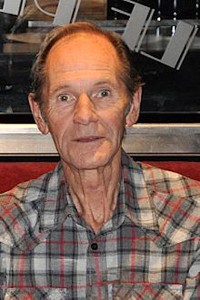 To be absolutely candid it’s obvious Bobbie made a few questionable career choices in his long drumming adventure – not joining Jeff Beck despite having played with him several time at the Marquee was one of them, and doing drugs in America is another. Of course he’s not the only one to look a gift horse in the mouth. Bobby Graham didn’t join The Beatles although, aside from Ringo, neither did anyone else. Carlo Little and Mick Avory turned down the Rolling Stones. Clem Cattini decided against throwing in his lot with Led Zeppelin and I turned down at least one ‘chance of a lifetime’! I’m sure these mistakes can be justified by telling ourselves that: “opportunities always look better when you’re looking back at them”. I’m guessing Bobbie Clarke felt the same because in one interview I came across he said: “I had a wonderful time, I still play the drums, I’m not as young as I was and I still enjoy the life.”

It’s certainly not the sort of thing you find Bank Managers saying at the end of their careers!