Colin Trevor ‘Cozy’ Powell was born in Cirencester, Gloucestershire, England on December 29th, 1947. He was adopted and never met his birth parents. When he was 12 he started playing drums in his school’s orchestra. This was not long before he became a teenager and he claims he was thrown out for being too noisy! He played with a traditional grip which suggests he might have had lessons but if he did I confess I haven’t managed to discover anything on the subject of who might have been responsible.

I interviewed him for a project I was working on in the late seventies, but as it happened I actually knew Cozy pretty well having toured America with him in 1970 when I was playing with Argent and he was with Jeff Beck. We toured the US again a few years later when he was in ‘Rainbow’ around 1975. 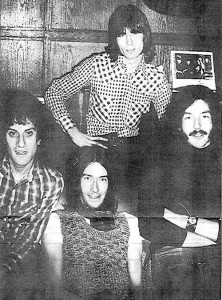 Like all drummers of his ilk in post-war Britain, Cozy would play along to records and to the lightweight music he heard on the radio. His first band was called ‘The Corals’ which may well have been named after the American record label which put out Buddy Holly and The Cricket’s music – as well as Little Richard’s. The Corals would play at their local Youth Club in Cirencester and in those days the 15 year old Cozy would play his first drum solo which may well have been his interpretation of “Topsy Part 2” which was a tune co-written by Count Basie. This was an instrumental by a famous jazz drummer named Cozy Cole who has been the subject of one of our previous Groovers and Shakers’ pieces. It was he whose Christian name the young Colin Powell eventually appropriated. [Of course the name Colin Powell later became ever linked with the Chairman of the Joint Chief of Staff’s during Desert Storm, albeit the Christian name was pronounced slightly differently]. As time went by and he became a drumming Super-Star, he played his solos along to orchestral backing tracks of tunes like the “1812 overture” and “633 Squadron”.

After ‘The Corals’, Cozy Powell’s next band was a harmony group like hundreds of others in the UK at the time, called the Sorcerers. 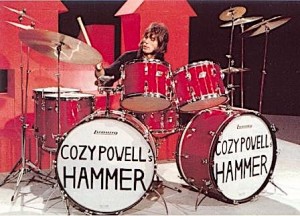 The young Colin/Cozy left school early to take a job in an office. This was to finance the acquisition of the Premier kit which he took with him to Germany to play the obligatory nine 45 minute spots each night in various clubs, where the predominantly male audience had no interest in the music. These were the sort of clubs where the ‘audience’ were simply there for the women of ‘negotiable affection’ who were lined-up suggestively along the bar!

Cozy and I once discussed the musical side of this particular ‘rite of passage’ which was quite specific for our baby-boomer generation. I asked him if, like me, he enjoyed the work experience? His reply was: “Anybody who didn’t enjoy it was probably not cut out for a career in music!” 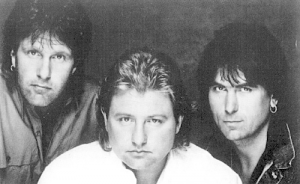 The Sorcerers became ‘Young Blood’ (possibly named after The Coasters’ record) before Cozy joined up with Ace Kefford from ‘The Move’ and formed ‘Ace Kefford Stand’. His next band was ‘Big Bertha’ with Denny Ball who had also been in The Move.

Coming from The Midlands he was friendly with Robert Plant and John Bonham although this was when those two were still in a band called ‘Listen’ and hadn’t started on their race towards world-domination. 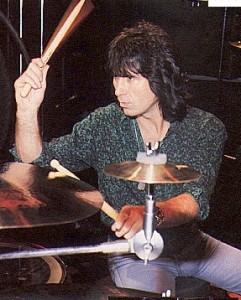 As I said Argent toured America with Jeff Beck in 1970 when he was really beginning to make guitar-hero-type waves and lots of up-market players were doing their damndest to get into his group. Not long before this Cozy had played at the Isle of Wight Festival with Tony Joe White and he got the gig with Jeff beck which Viv Prince, Clem Cattini, Aynsley Dunbar and Tony Newman had already been involved. Cozy then made a record of Motown songs with Jeff which unfortunately has never surfaced. Somehow he left the tour as it rolled around America whereupon Carmine Appice, who had been turning-up regularly at Jeff’s gigs, took over. As I recall the Jeff Beck Group, now with Tim Bogert and Carmine Appice previously from ‘Vanilla Fudge’ finished the tour and recorded as a trio afterwards as ‘B,B & A’ – aka ‘Beck, Bogert and Appice’.

In 1975 he was playing with Ritchie Blackmore in Rainbow although he eventually left because he felt the band’s music was becoming too poppy and commercial. Strangely he had played session drums on a great many ‘poppy and commercial’ tracks for Mickie Most and his Rak Records label in Mickie’s studios close to London’s Regent’s Park. Amongst lots of other successes Cozy played on hits for Donovan, Julie Felix, Hot Chocolate and Suzi Quatro. It was here at Rak that in 1974 he recorded his highly successful drum opus: “Dance with the Devil” with Ms Quatro on bass. To cash in on the success of the record he formed ‘Cozy Powell’s Hammer’ with Bernie Marsden, Clive Chamen, Don Airey and Frank Aiello. 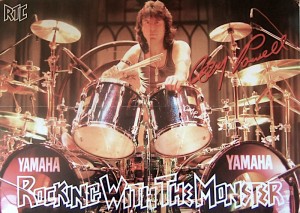 Rainbow lasted for five years and had several hits along the lines of Russ Ballard’s “Since You Been Gone” and Cozy’s association with them ended on a high at the first ‘Monsters of Rock’ festival at the racetrack at Castle Donington. But prior to this he had put together a ‘power three-piece’ to rival Cream with Clem Clempson and Greg Ridley which wasn’t successful.

In 1975 though, during the period between Cozy Powell’s Hammer and Rainbow (with Ritchie Blackmore and himself remaining the only original members) the dedicated ‘Petrol-Head’ Cozy decided to give up music completely to concentrate on becoming a Formula 3 motor-racing driver. For a few months he was racing RX3 Mazda Saloon cars and was sponsored by Hitachi. 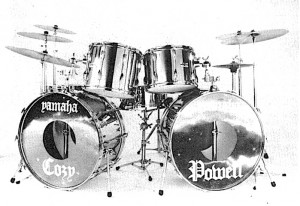 As far as equipment is concerned aside from the kit he took to Germany and saved up for from his proper job, Cozy wasn’t loyal to Premier, although Tony Iommi has a gold kit from Wigston which once belonged to him sitting in his home studio. Instead he played a red glitter finish Ludwig and mirror finish Yamaha frequently with twin bass drums. The sizes though were actually pretty standard (if you count a 26” bass drum as such). He was very much a meat and potatoes guy as far as extreme drum sizes were concerned . His drums were big but not excessively so. His Paiste cymbals though were something else and a mixture of Formula 602 and 2002. His hi hats were heavy 15” 2002s with several 20” crashes, a 20” China and what was then a massive 24” 2002 ride. He even had the audacity to add an 8” splash to his setup. 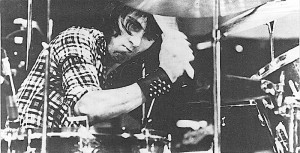 The need for speed on two or four wheels proved to be his undoing. During the time he was working with Brian May, Cozy Powell was involved in a car crash on the M4 which took his life at just 50 years of age. This was outside of Bristol on the 5th April, 1998. He was driving a Saab 9000 Turbo and suffered a rear tyre blow out at a speed in excess of 100 mph. He was evidently talking on the phone to his girlfriend at the time although it wasn’t actually illegal then – but the fact that he was speeding, wasn’t wearing a seat-belt and was slightly over the limit with alcohol – certainly was.

His last words to his girlfriend have been well-documented so I certainly won’t need to mention them here. Frankly it ain’t none of my business! All I know is our drum world lost another prolific player and nice guy. Cozy Powell died way too soon.