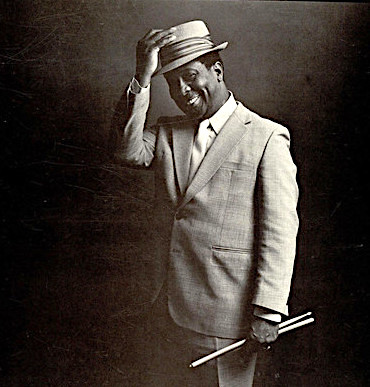 I’ve always wanted to write about ‘Panama’ Francis, not only because I’ve always been fascinated by his evocative name, but also because he was one of Bernard Purdie’s heroes. His nickname was acquired from the trumpeter Roy Eldridge whom he played with. Eldridge forgot his real name and since he was wearing a Panama hat at the time (like many Floridians when trying to keep the sun off their heads) simply called him that. The name stuck.

David Albert ‘Panama’ Francis was born in Miami, Florida on December 21st, 1918 and like just about all of our G&S subjects was something of a child prodigy. I don’t know exactly when he took up the instrument but, since he started performing at eight years old and we know he was playing at church meetings and in a drum and bugle corps too – it’s safe to assume he took it up some time before that. It transpires he was playing in local night-clubs at 13. His Bahamian mother would wait on the side of the bandstand until the gig was over whereupon she’d take his hand and lead him home.

He toured the south in the thirties with George Kelly’s Cavaliers until his parents split-up and having heard Chick Webb broadcasting from The Savoy Ballroom in Harlem decided that was what he wanted. He then moved to New York to be with his Haitian dad and to make a start on his chosen career. This was in 1938 when he was 19 years old and began to play after hours’ sessions and more professionally with a saxophone player named Tab Smith. Within six months he was emulating his hero and working at The Savoy Ballroom with Lucky Millinder’s band. This was a band Dizzy Gillespie once described as: “the swingingest band there ever was!” Panama joined them in 1940 and happily stayed put ‘till an argument with Lucky Millinder led to him leaving the band. This was in 1947 whereupon he played with Cab Calloway for the next five years. This brought him to 1952 when he joined forces with Slim Gaillard before moving to Montevideo in Venezuela for a residency with his own band. Next he played with Lionel Hampton then with the reunited Benny Goodman Quartet where he occupied the drum stool a certain G. Krupa Esq. once used to sit on. 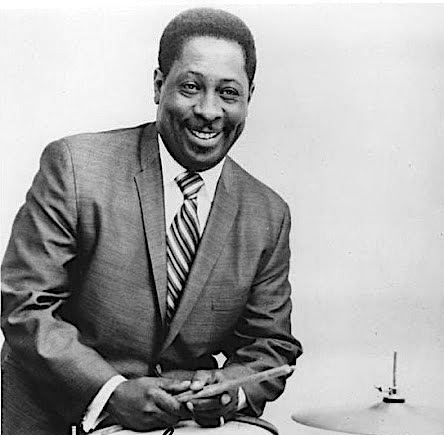 Panama Francis had an affinity for dancing and uniquely, for a jazz musician was extremely light on his feet. So he knew just what he had to do to propel dancers once they were on the floor and under his command so to speak. He was in situ at the Savoy at the time ‘Swing’ music really took hold and a new dance called The ‘Lindyhop’ (named after the intrepid aviator Charles Lindbergh) really swept the country. It looked like it was ostensibly a free-style dance but was made up of its very own steps and benefitted from a really swinging band to stimulate the dancers and push them along. This was where Panama Francis came in.

I’ve written before about unscrupulous ballroom owners when ‘Western Swing’ dance music began to become popular in the South West. who would sprinkle chilli powder on the dance floor to encourage the dancers to even more energetic things. However, I doubt the New Yorkers needed any organically-induced exuberance; they just needed really swinging music to raise them to new heights. [Check out Panama’s relentless beat behind Cab Calloway where you’ll definitely feel your feet began to move and absolutely see what I’m getting at.]

The early to mid-fifties were a time of huge change in popular music and, unlike some of his jazz playing contemporaries in Britain, our hero was ready for it. Panama Francis was an extremely accomplished ‘swing’ drummer who very successfully crossed-over to the dark side of rock ‘n’ roll – then back again without really changing his playing style. His jazz contemporaries actually ridiculed him for doing so because it’s certainly a giant step (and arguably even a retrogressive one) from playing with Cab Calloway, Duke Ellington, and Tommy Dorsey to playing with Elvis Presley, The Platters, Neil Sedaka, Bobby Darin, James Brown , The Four Seasons, The Platters, Neil Sedaka, Jackie Wilson, Dion Dimuccio, Dinah Shore, Ray Conniff and many, many more. His route to success in the studio was by way of more blues-orientated artists like John Lee Hooker, Ella Fitzgerald, James Brown, Ray Charles, Big Joe Turner and Mahalia Jackson. 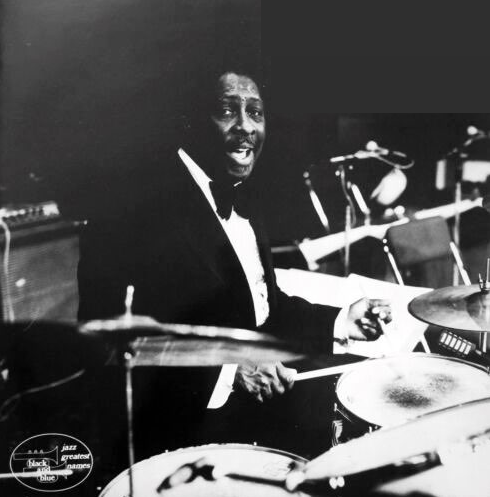 He played on what have become R & B, and Rock ‘n’ Roll standards including: “Prisoner Of Love”, “What A Difference A Day Makes”, “Splish, Splash”, “Only You”, “The Great Pretender”, “My Prayer”, “Smoke Gets In Your Eyes”, “The Wanderer”, “Big Girls Don’t Cry”, “Reet Petite”, “My Boy Lollipop”, “Patricia”, “Drowning In My Own Tears” and “Jim Dandy”. He also played on the music for the film: The Bridge Over The River Kwai – “The Colonel Bogey March” (though one wonders if being an American he knew what the words meant!).

There was always a suspicion he played on” Peggy Sue” and “Rock Around The Clock”’ but as we know from my pieces on Jerry Allison and Billy Gussak, that’s not true. However he almost certainly did play on Bill Haley’s “Shake, Rattle and Roll” and intriguingly, he’s definitely playing in a video for a track called “Secret” with Eighties diva Madonna.

He made various excursions back to the music he began his playing career with including prestigious gigs with Slim Gaillard, Lionel Hampton and Benny Goodman’s quartet.

In the very early days Panama Francis had played with George Kelly in his Cavaliers and then he and George had both been members of The Savoy Sultans, not long after he had arrived in New York. Forty years later they were back together again when Panama resurrected the band under his own name – Panama Francis’ Savoy Sultans. They did gigs, recordings and even residencies: one in Manhattan’s Rainbow room and another at Ronnie Scott’s in London. 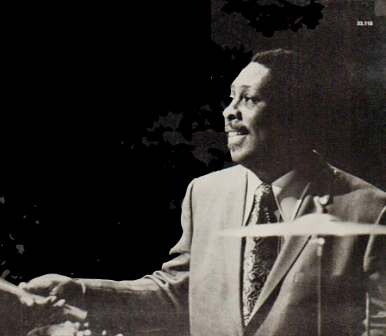 If you want to hear him really swing, check out “Hot Turkey” with Ray Bryant.

He collaborated on an illustrated autobiography which was published in 1999 called “David Gets His Drum”. He received a well-deserved Pioneer award from The Rhythm and Blues Foundation and a commendation from The Rock and Roll Hall of Fame.

Panama Francis died from a stroke in Orlando, Florida on November 13th2001. RIP.