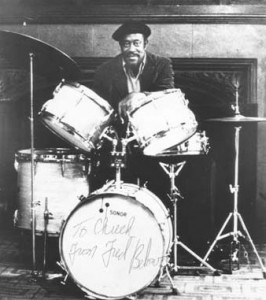 Freddie Below was born in Chicago on September 19th, 1926 and is credited with inventing the art of blues drumming as we know it, and for slipping the all-important offbeat into it at the appropriate place. But of course he didn’t begin as a blues drummer; he took up drums while he was in a jazz band at his high School and studying with Roy C. Knapp. He went on to play be-bop drums whereupon around 1944 he was conscripted into the United States Army once he was old enough. During WW2 he played in 427th Army band along with the likes of Lester Young.

After his war service in Germany he stayed in the country playing in a nightclub until returning to Chicago in 1951. It was then he discovered that jazz wasn’t exactly the music of choice any more, and that blues was. He didn’t know how to play it but was introduced by Elgin Evans (Muddy Waters’ drummer) to a group called ‘The Aces’ with Junior Wells and the Myers brothers, Louis and Dave. By 1952 Little Walter had just left Muddy’s band to go solo and when Junior Wells took-over on harmonica, Little Walter took on the rest of the Aces including Fred and predictably they became the Four Aces. Eventually they changed their name to ‘Little Walter and The Nightcats’ and became the top electric blues band in Chicago. There was another name change later which led to the band being called ‘The Jukes’. 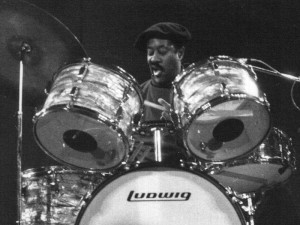 In 1955 Fred Below left the rest of the Aces/Nightcats/Jukes to concentrate on studio work for Chess Records. Although he still played on Little Walter’s records, at the same time he was also recording with blues royalty like Chuck Berry, Junior Wells, Bo Diddley, Jimmy Rogers, Howlin’ Wolf, Elmore James, Otis Rush, Willie Dixon, Dinah Washington, JB Lenoir, The Platters, Otis Spann, The Moonglows, The Drifters, Buddy Guy, John Lee Hooker, Memphis Slim, Jimmy Rogers, Sonny Boy Williamson and many others. He had become the most in-demand drummer in Chicago.

I’d like to be able to say with certainty that Fred Below played on all the classic titles for Chuck Berry including: “Roll Over Beethoven”, “Brown-Eyed Handsome Man”, “Too Much Monkey Business”, “Memphis Tennessee” and even “Johnny B. Goode” but I’m afraid it’s not that easy. The info on the internet and elsewhere is absolutely conflicting on this subject. Suffice it to say that to me it certainly sounds like him playing with ‘the father of rock ‘n’ roll’ on those records, but the only song we can be 100% sure about is “School Days”. 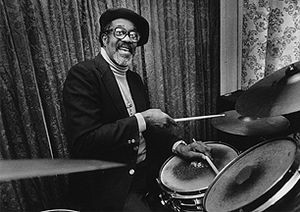 Most pictures I’ve seen of Freddy show him playing a Sonor drum kit with regular sizes although there’s also a picture of him playing a Hayman with a Silver Ingot finish. I’ve also spotted him with an olive-badged, blue oyster Ludwig kit with the toms upside down so the dampers are on the bottom heads, and a Gretsch kit. However, he may not have owned all these since the photos seem to have been taken in France, so the kits could be rented.

The Chicago Blues genre developed from Delta Blues which was a Country Blues music which certainly didn’t have drums in it although there might be a washboard chugging away, carrying the rhythm. Freddy Below and the rest of the band changed all that by amplifying the instruments they played and this became the standard Blues Band line-up. There are certainly at least three distinct forms of shuffle: Kansas City, Texas and lastly Chicago, the one which Fred Below had a very big hand in inventing. His card says “Fred Below Drums & Photos” so it’s safe to assume he took those too. 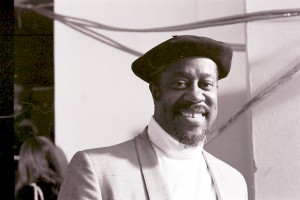 If you want to hear him at his unrelenting best and most innovative go to anything YouTube – he even sings. Especially listen to Little Walter’s “Off the Wall”. As I said Fred Below had a big hand in the creation of the Chicago blues shuffle with ‘10 to 2’ on the ride cymbal and a broken shuffle (often with an accented push on 3) on the snare drum. For my money his cross-stick sound was better than anybody else’s, so check that out with JB Lenoir on a track called “The Whale Has Swallowed Me”.

Fred himself put it into perspective in a Modern Drummer interview in 1987.

“The blues, if played correctly, is not easy to master.  People who say it’s a simple music form never played the blues.  If they did, they probably didn’t play it right.  It’s very hard to play somebody’s feelings, and that’s what the blues is.”