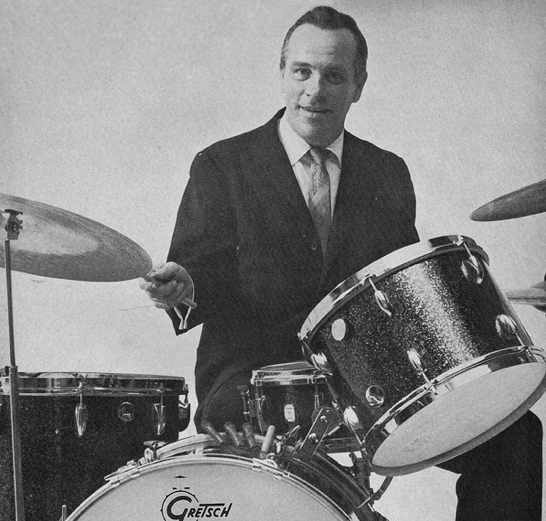 Donald Douglas Lamond was born in Oklahoma City on August 18th, 1920 but spent his formative years in Washington, DC. It was here that he first saw drum corps playing when he was around 3 years old, whereupon his mother made him a drum out of a tin can. This prompted him to begin learning drums and even playing swing music with local bands in his mid-teens. This led firstly to him running his own 12 piece band at high school, before he ended-up studying the instruments seriously at the world-renowned Peabody Institute in Baltimore.

Don was a proper Big Band drummer and louder than most drummers of his time. I was anxious to include him in this ‘Groovers and Shakers’ series because he unwittingly alerted me to the possibilities of Big Band type fills in Rock ‘n’ Roll. Even though I didn’t know who was responsible for them, the pair of completely different single bar fills into a pushed downbeat played on Bobby Darin’s 1962 record “Beyond The Sea” absolutely entranced me. I discovered later from ‘Downbeat’ magazine that the guy responsible was a great player named Don Lamond. [Incidentally I spoke to ace Hollywood photographer and elusive ex-drummer Terry O’Neil, about Bobby Darin at a Kinks photo session and he agreed with me on the subject of Mr Darin. Had he survived he was absolutely the natural successor to Frank Sinatra.] 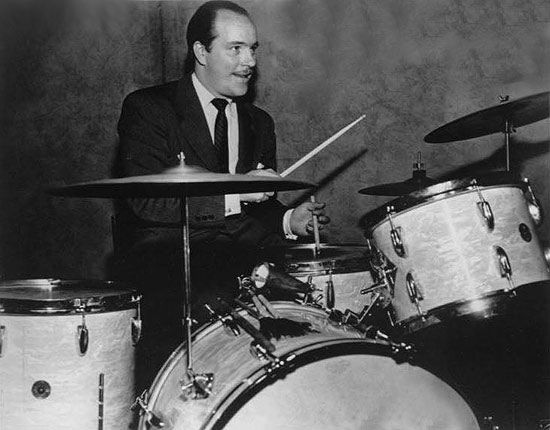 But to get to the point, Don Lamond was a proper Big Band drummer with such an impeccable pedigree that Buddy Rich was a fan. Having had his first professional gig with a trumpet player called Sonny Dunham, Don moved on to a band led by Boyd Raeburn. His big break came when, just as the war ended, he replaced Davey Tough in Woody Herman’s band which was evocatively called ‘The Herd’. He propelled the band for Stravinsky’s experimental ‘Ebony Concerto’ which was written for Woody and premiered at Carnegie Hall in 1946. Having moved on to pastures new with recordings with Charlie Parker, Don Lamond drifted back to Woody’s ‘Second Herd’ in 1947 where he stayed for a couple of years. He came off the road in 1953 and decided to concentrate on recording and TV. He moved on to Harry James’ band while commuting between Los Angeles and New York for these studio dates and TV shows with Steve Allen and Perry Como. By now he was now playing with a veritable who’s who of jazz players including Jack Teagarden, Ruby Braff and Quincy Jones and played on 549 recording between 1943 and 1982. In 1969 he was enticed by George Wein into his ’Newport All-Stars’ before heading to play festivals in Europe with them. 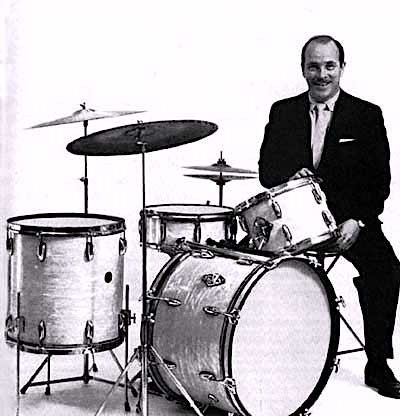 In 1972 he had moved to Orlando and began playing with his very own ‘Big Swing Band’ at Walt Disney World at a place called ‘The Top Of The World’. This gig went on until the eighties and in that time he backed a great many of the top entertainers in the business: Billie Holliday Sarah Vaughan, Tony Bennett, Rosemary Clooney, Peggy Lee and Mel Tormé, to name but a few.

I discovered an interview, in one of my old sixties Downbeats, where Don offered some good advice to drummers trying to make it in the business which still resonates almost sixty years after they were published in Downbeat;

“Taste is a big thing in drums. You either have it or you don’t. You can develop it but it takes plenty of playing and experience.” 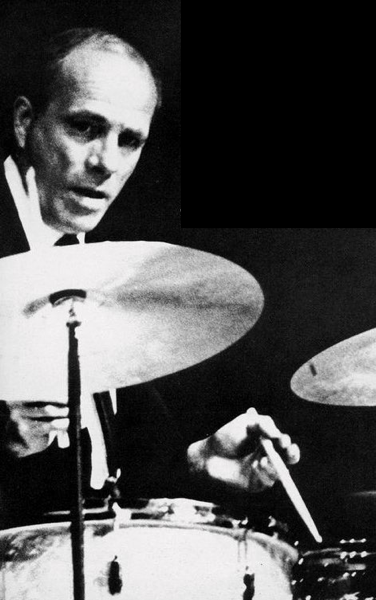 “A drummer has to listen to the whole band. When I’m doing a date, particularly a jazz date, I try to get rid of the music as fast as possible. Once it’s memorized then I can concentrate on what the whole band is doing, and fit in with breaks and things that will add to the arrangement.”

It was said that “a good drummer who swings makes everybody play better.” What he played on Darin’s “Beyond The Sea” epitomises this.

Don Lamond died in December 23rd, 2003 in Orlando, Florida where he lived and to the end operated a band with his wife Terry.