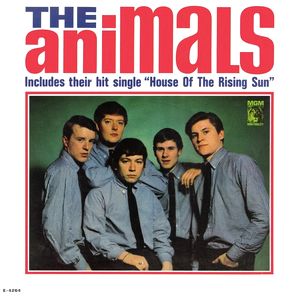 John Steel is another drummer from the sixties whom I would frequently bump into at TV studios, radio stations, London clubs and theatres, and of course, motorway services up and down the length and breadth of Britain.

John Steel was the youngest of four children and after passing his 11+ exam he attended Gateshead Grammar School. As a child, like many families at the time, he and his siblings took piano lessons, although only John would go on to have a career in music. Growing up, like his contemporaries, Steel was exposed to distinctly non-rock ’n’ roll music played on the family’s wireless set, such as Bing Crosby, Al Jolson, Fats Waller and British Dance Band leader Sid Phillips.

John Steel started his musical career while still studying, around 1957. This was when he met the guy who was to become lead singer of the Animals – one Eric Burdon – when they were both studying at Newcastle’s College of Art and Industrial Design. John’s first instrument was the trumpet, and this was his primary instrument in the first group he and Burdon, who was at the time playing trombone, worked together in. Steel’s musical influences initially came from traditional jazz but he later changed his allegiances to modern jazz. When he moved up to drums, like a great many others, he was much taken by jazz drummers like Art Blakey and Elvin Jones.

John’s father advised him to get a proper job but of course, like all of us Baby Boomers, he didn’t listen. Instead he embraced the new rock ‘n’ roll music which was just getting started.

He had this to say about his musical progress from trumpet to drums;

“When I played drums rather than trumpet, I never felt really confident enough, because the people I was influenced by and admired were jazz drummers. [I felt] There was no way I was going to be that good, so I never considered myself good enough to aspire to that kind of thing. But somehow I just accidentally fell into rock ‘n’ roll and R&B.”

It was in March 1959 that John Steel met keyboard player Alan Price at a dance in Byker, a Newcastle suburb, and with Hilton Valentine playing guitar and Chas Chandler on bass they formed a band called the Alan Price Combo. They did well in The North East and acquired quite a following.

Eric  Burdon joined in 1962 from a band called the Pagans, and the Animals were born. John Steel went on to play and record with them until February 1966.  .

Things followed their course with tours, recording sessions, TV programmes and everything that went with that in those very Swinging Sixties. The Animals were up there with The Beatles, The Dave Clark Five and the Kinks, so spearheaded the very beginning of what the Americans called the ‘British Invasion’ .

The Animals made  some great records -“We Gotta Get Out Of This Place”, ”Don’t Let Me Be Misunderstood”, ”Don’t Bring Me Down”, “Baby Let Me Take You Home” and of course last but not least: “House Of The Rising Sun”

But, eventually John Steel had a wife and family to consider, so he decided to retrace his steps to The North East and become a businessman, while also working in Chas Chandler’s management and publishing organisations. At this time Chas was producing and managing Jimi Hendrix and also involved with guiding Slade’s career.

It was in 1971 that Chas Chandler introduced John to some Americans in a band called ‘Eggs Over Easy’ with whom he eventually played. These guys arrived in the UK from New York without a drummer and it’s said they started the pub rock music scene, which of course began in London and spread around the country like wildfire.

Over the years, John Steel has remained active as a part-time local drummer and he joined several Animals’ reunion incarnations. He once had a shop selling wall-paper, but much more than that we don’t really know – despite numerous attempts, I’m afraid I haven’t been able to contact him. I had a list of questions to ask him, such as his musical upbringing on the drums, and his forthcoming gigs, but neither the normally infallible Google, nor Alexa, know anything…

So what we do know is that since 1993 he’s been the drummer with variations on the Animals theme line-ups which have included Hilton Valentine, Dave Rowberry, Andy Summers and  Zoot Money. In 1993, Hilton Valentine formed “Animals II”, which John Steel threw his lot in with. In 1994. Dave Rowberry arrived and five years later other members of this version of the band include Steve Hutchinson, Steve Dawson and Martin Bland.

From 1999 until Valentine’s departure in 2001, the band toured as the Animals. After Hilton left this particular Animals incarnation in 2001, Steel and Rowberry continued on as “Animals and Friends”, with Peter Barton and my old bandmate Jim Rodford. Occasionally it seems they were  joined by ex-“New Animals” bassist Danny McCulloh. When Dave Rowberry died in 2003, he was replaced by Mickey Gallagher (who had briefly replaced Alan Price in 1965). “Animals and Friends” is still performing and John frequently plays engagements on a ferry between Germany and Scandinavian countries.

In 2008, an adjudicator determined that John Steel owned the name “The Animals” in Britain, by virtue of a trademark registration Steel had made in relation to the name. Eric Burdon had objected to the trademark registration, arguing that Burdon personally embodied any goodwill associated with the Animals name. Burdon’s argument was rejected, in part based on the fact that he had billed himself as “Eric Burdon and the Animals” as early as 1967, thus separating the goodwill associated with his own name from that of the band. In 2013 Eric Burdon won an appeal, making him the owner of the Animals name.

From the very start, in John and Eric considered themselves to be high school dropouts, “We were only 15 years old in 1956, so we would have had to become factory fodder or something really depressing like that. So we enrolled in art school. That’s where we met, first day of art school. We had a limited amount of artistic talent, just enough to get us into art school. We just found that we both had similar taste in music. We both loved blues and jazz and rock n roll, and American movies. We hit it off right away and within a few months we formed a band. Neither of us had any intention of becoming an artist; it was always Eric’s ambition to become a singer. So we managed for three years to have a smashing time at school, as well as spending a lot of time skiving and dodging off and playing in the band.”

John Steel actually did attempt working in the world of art although he says he only lasted “about three months in a drawing office”. He explains: “I wasn’t good enough to be in fine art but I managed to get by in technical illustration which meant illustrating maintenance manuals for jet aeroplanes [at the De Havilland factory in Hatfield] which was really boring.

After three months I said ‘to hell with this, I’m going back to Newcastle’ because at the time they were having a lot of fun up there. As soon as I got back, Eric and I started [another] new band – we’d already had a few by then. We just kept on having different line-ups and then by late 1963 it suddenly gelled into the line-up that became The Animals. On the way there we picked up a guy called Alan Price who joined us in 1959. We were playing at a little church hop social club thing and he was in another band on the same night. He was actually playing guitar in this other band. And he came up after a few numbers and said, ‘Can I sit in with you?’ because there was a big old upright piano in a corner where we’re playing. And he sat down and he knocked the hell out of it. And that was it, we said, ‘You’ve got to come with us’ and just like that, Eric, Alan and me became the nucleus of The Animals from then on.”

Gear wise John seems to have had the usual collection of sixties drums including Ludwig and Premier of which he was an endorser, and of course it’s impossible to tell from the internet which were his and which were hired in for the occasion.These were the days when canny management discovered it was considerably cheaper to hire a set at the gig rather than ship drums across the oceans of the world!