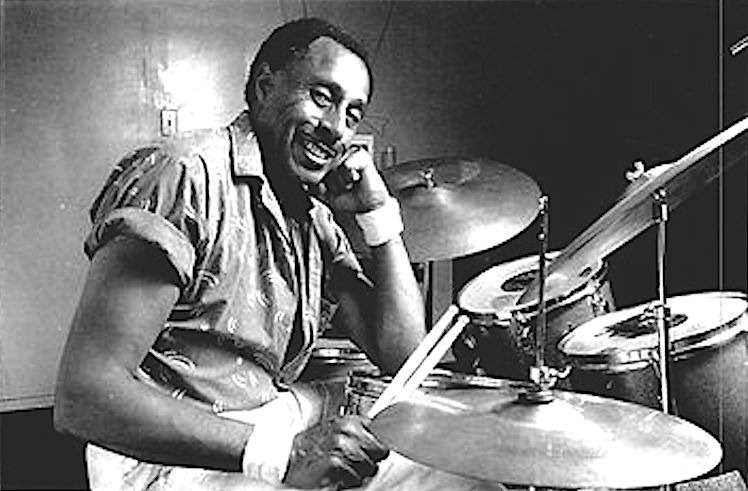 Charles Connor was born in New Orleans on January 14, 1935 and is best known as a member of Little Richard’s band The Upsetters. And, we’re reliably informed that ‘Little’ Richard Penniman’s shout of “a-wop bop-a loo-bop, a-lop bam-boom” at the beginning of his recording of “Tutti Frutti” is said to be a reference to Connor’s drum rhythms. It certainly makes sense to me and Charles talks about it quite a bit in interviews. James Brown used Little Richard’s band when he could and described Charles as the drummer who was “the first to put funk into the rhythm.”

To begin at the beginning though, Charles Connor was born and raised in New Orleans, Louisiana – his father was a merchant seaman who came from the Dominican Republic and his mother was from Louisiana – ‘The Pelican State’. The young Charles was evidently musically inspired by his father singing Calypso songs and like many others living in ‘The Big Easy’ thoroughly entranced by the marching bands playing Dixieland jazz near his home in New Orleans’ French Quarter. He was a tap dancer too and at the age of five would dance on the pavements of New Orleans to entertain the tourists and of course make a little money. 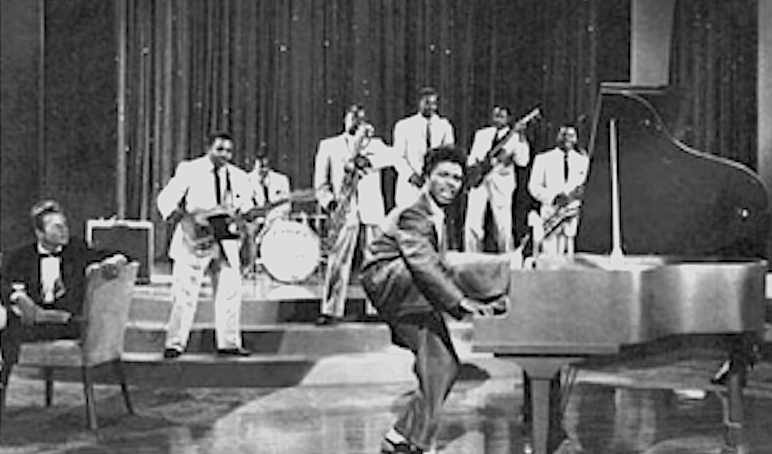 Once his father had bought him a proper kit at around five, and he had began to annoy the neighbours properly, his began to discover Max Roach, Art Blakey, Gene Krupa, Cozy Cole and inevitably Buddy Rich .

But, young Charles started out with a problem, his school teacher told him he would never make it as a drummer because he was left-handed, ‘No left-handed drummer has ever made it’, she said! He was determined to prove her wrong.

He had to wait until he was 15, in February 1950, for his first really professional work as a drummer. He was engaged by Professor Longhair to play drums with him at the Mardi Gras Festival. Over the next three years, Charles played drums with the cream of New Orleans’ musical society including Smiley Lewis, Guitar Slim, Jack Dupree, and Shirley and Lee. 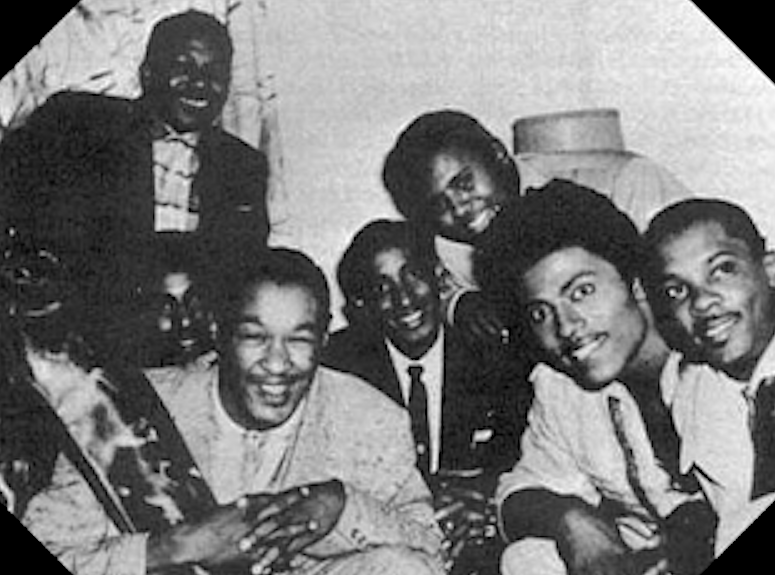 At the age of 18, in 1953, Connor became the drummer for Little Richard’s new, hard-driving rhythm & blues road band, The Upsetters. They toured without a bass player, which compelled Charles to thump “real hard” on his bass drum in order to get what he called a “bass fiddle effect”. A bass fiddle is an upright bass of course which has a slightly more bump to its sound and slightly less of a note and doesn’t ‘sing’ for as long as Leo Fender’s electric guitar version. Incidentally, it seems Little Richard tried to call him ‘Charlie’ but he wasn’t having it; “My momma named me Charles!”

He continued to drum for Little Richard and his fame increased throughout the 1950s as he played drums on records such as “The Girl Can’t Help It”, “Keep A-Knockin'”, and “Ooh! My Soul”. On 1957’s “Keep A-Knockin'”, Connor played a four-bar drum intro (which became known as the “flattened-out double shuffle”. This evocative rhythm was copied quite a few years later by John Bonham as the introduction to Led Zeppelin’s “Rock and Roll”.

He actually wanted to play jazz and was certainly capable of it and was offered gigs but decided against taking them because he realised he couldn’t make any real money! In his later career, Connor went on to play with amongst many others Sam Cooke, Jackie Wilson, The Coasters, Big Joe Turner, Jackie Larry Williams, Don Covay, Jackie Wilson, Big Joe Turner and Dee Clark. 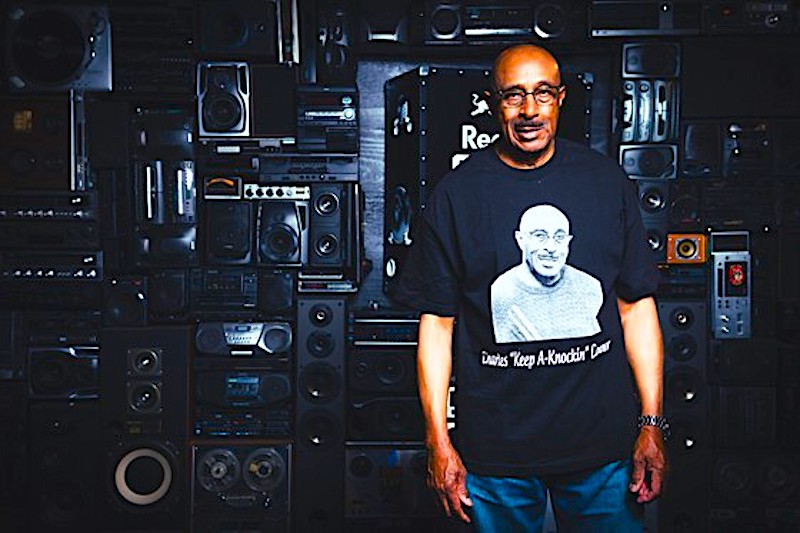 As time went by he took to teaching, writing books and becoming a raconteur and passing on his knowledge, as anecdotes, to others. This brings me neatly to a part of the Charles Connor story I love;

When he first joined The Upsetters, Little Richard took him to the train station, his intention was to show him the rhythmic sound the engine made as it left the station. Evidently little Richard kept up with the train in his car to give Charles a longer time to hear it. The reason for this demonstration was because he wanted to reproduce the sound of the train within his music. He asked what the notes might be musically and Charles told him he was counting them as eighth notes, then as they got faster it went into “One-e-an’-a, two-e an’-a” (16th notes, or semiquavers for those on this side of the Atlantic!) and so on. So Charles started playing what Country and Western players in Nashville later on came to call ‘The Train’ beat.

When I first came upon Charles it was at a time when rock ‘n’ roll was evolving. He was playing jazz feel: ‘ten-to ten, ten to ten’, against the straight eighth notes being hammered out on the piano and some of the other instruments. This created a compelling frisson of the two feels which completely distinguished it from jazz – and it worked! 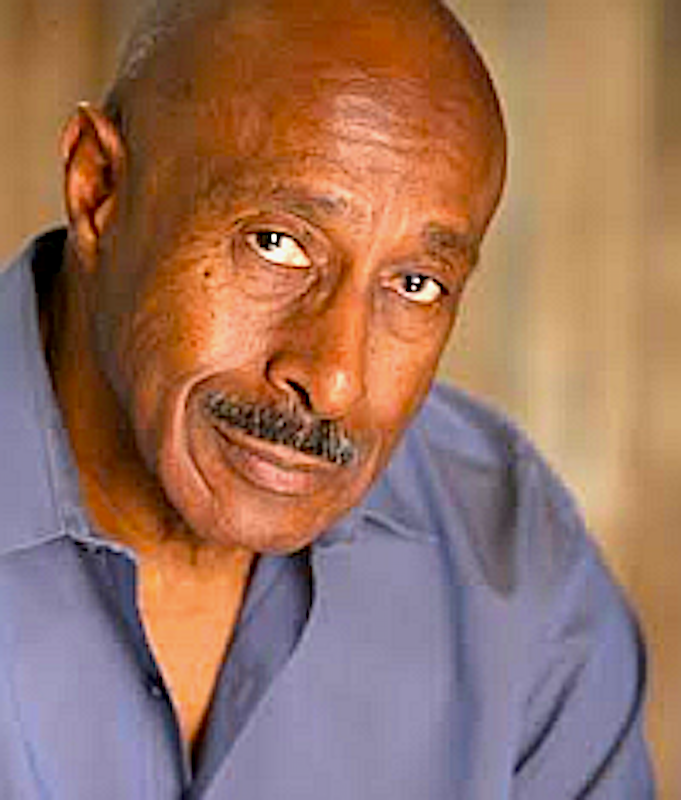 My favourite record by Little Richard, was called “The Girl Can’t Help It”. There’s evidently no bass on the record and Charles plays a figure on the bass drum in the sax solo which found its way into rock music once they took the dotted notes out and thereby ‘straightened-out’ the rhythm. This was shared amongst us eager drummers by Brian Bennett from the Shadows who were Cliff Richard’s backing group. He was shown it by Eddie Cochran with whom he played in England just before the ‘Swinging Sixties’ began. It was the underlying rhythmic motif for Eddie’s biggest hit: “C’mon Everybody” and Brian Bennett used it on record too including “Dance On” by Cliff Richard and The Shadows.

I’ve scoured the internet looking for evidence of the drums he played and I’m afraid the photos are all blurred although certainly the set he played with Little Richard looks like a Premier. I realise this seems unlikely except I know a company in New Orleans was once the US distributor for those British-built drums. As far as cymbals are concerned it’s a safe bet he used Zildjian.