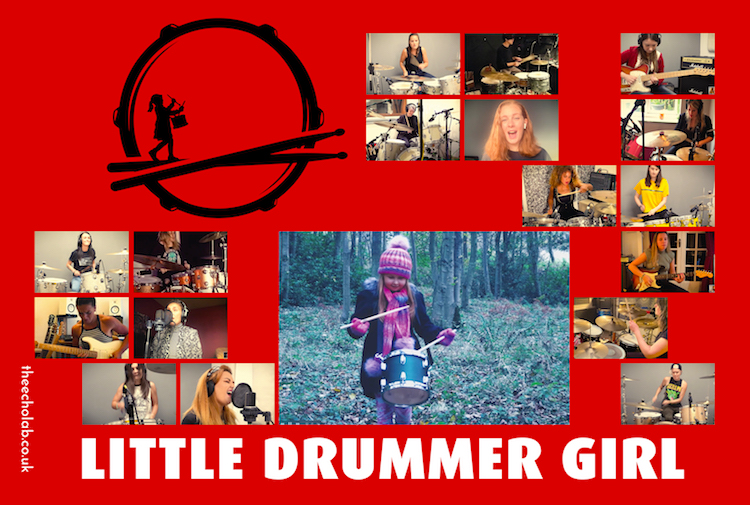 12 female drummers from the UK and US have added a kickass twist to the classic Christmas track ‘Little Drummer Boy’ by individually recording their own unique take – and produced ‘Little Drummer Girl’. All arranged and co-ordinated by drummer Charlotte and producer Kerr from The Echo Lab Music Studios in Scotland.

The inspiration for this project came from Charlotte’s joint desire to raise awareness of the mental health issues that affect young musicians, while also raising the profile of female musicians – who generally don’t get the recognition or same spotlight as their male counterparts.

“We’ve been inspired to keep an eye on all of our young students and bands, from hearing about the loss of ‘Frightened Rabbit’ frontman, Scott Hutchison – who’s band inspired me to enter the music business. Scott was so honest in his song-writing and helped so many people through their own struggles. This has inspired us to continue his vision and help others that need support in any way we can, but especial supporting the charity that was set up in his name (TINY CHANGES).”

OVER 91 artists have been announced for the (Reading & Leeds 2020) festival line-up so far, however only 20 of these are female. Out of the 18 acts who take the main stage over the weekend, just three of them are women’

TINY CHANGES is a mental health charity who’s aim is to “make young minds feel better”, set up in memory of FRIGHTENED RABBIT lead singer Scott Hutchison who sadly took his own life after struggling with mental health issues. 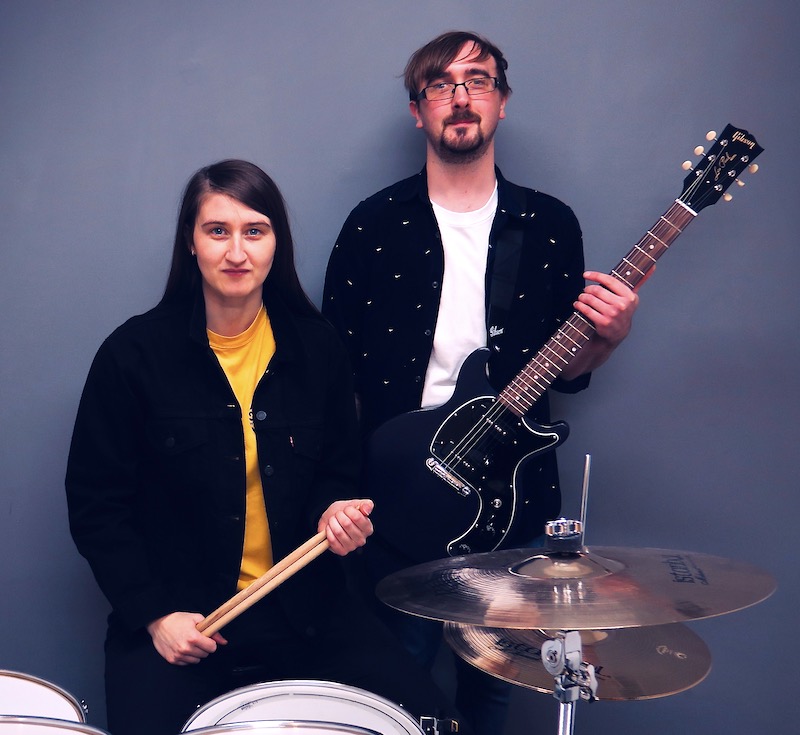 ACTION FOR CHILDREN is the second charity that this initiative supports, who protect, support and help young people by providing practical and emotional care and support, while campaigning to bring lasting improvements to their lives.

After arranging, playing and recording a guide track Charlotte and Kerr then passed this to the next drummer in the select line-up, for them to interpret, add their own style and ideas before passing on.

“It was like pass the parcel in reverse – where each artist created their own layer before passing it on to the next artist to carefully balance adding more to the core piece.” Charlotte said.

8 months and eighteen musical contributions later, the parcel arrived at Kerr’s mixing desk for him to unwrap and stitch together in line with a guide vocal recorded by West End singer Mari McGinlay.

“Getting 12 drummers to balance with each other was an incredible challenge. In the final mix there were over 120 individual drum tracks from not only different artists with their own style and technique, but completely different kits that had vastly different sonic characteristics. The amount of texture and depth to the final track created by the artists, was a wonder to mix”. Kerr said.

The track (Little Drummer Girl – The Echo Lab ) is available for pre-order on Friday 13th November with full release on Friday 4th December. And is available on iTunes, Apple Music, Amazon Music and Spotify. 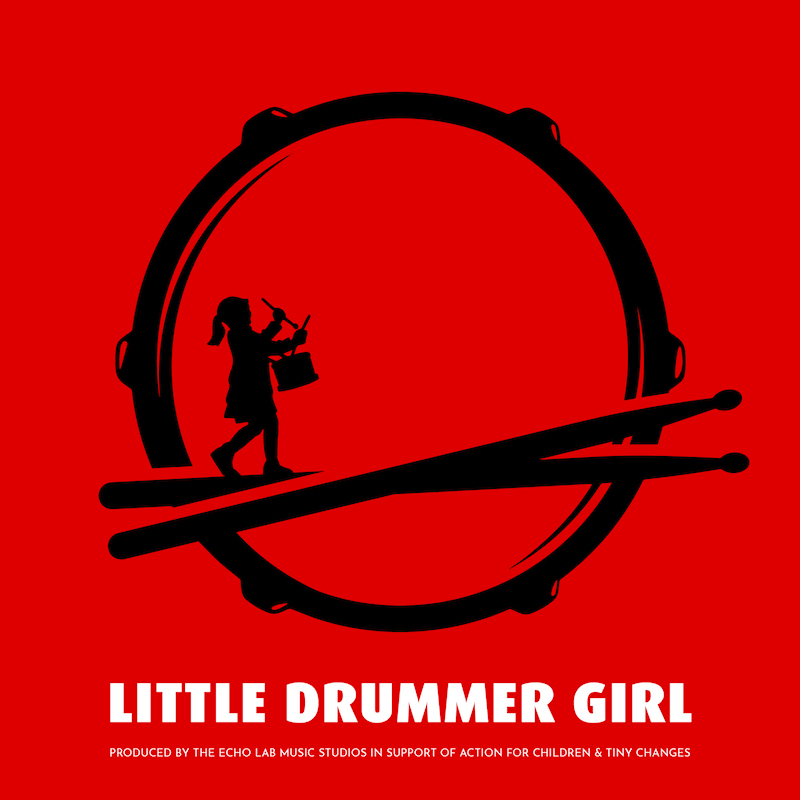