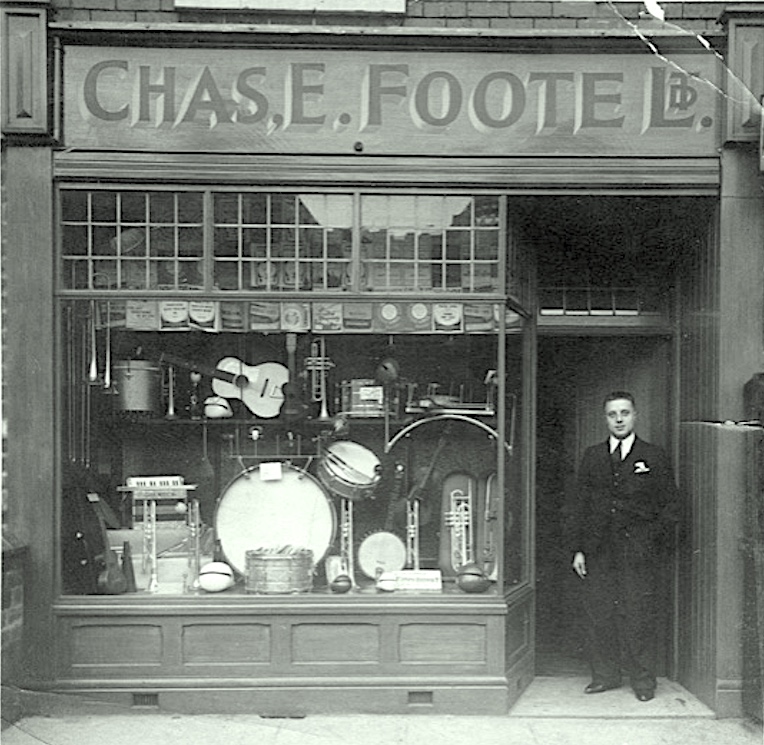 Footes is delighted to celebrate its 100th anniversary this year.

Established in 1920 at 232 Hornsey Road London and founded by Charles Ernest Foote, Footes supplied and manufactured drums and percussion (alongside woodwind and brass) instruments. In 1924, Ronald E Foote joined and began to market the ‘REF’ series of snare drums which included innovative features such as a parallel snare and internal damper.

During the Second World War, both Charles and Ronald left to fight for their country and the shop was left in the safe hands of Fred Della Porta, then Sales Director of Premier Drums.  Following the bombing of the Hornsey Road premises, the shop was moved in 1946 to 40 Rupert Street, Soho in Central London, close to Premier’s office and showroom at 8 Golden Square.  So began a long association between Foote’s and Premier Drums.

In 1956, Footes moved to Denman Street and was officially appointed a Premier agent. Many other dealerships followed as drums from the USA became more available in the 1960’s.

Sid Grant joined the company at this time as the manager and remained until retiring in 1982, when his position was taken over by Eddie Chase.  In 1961, Ronald Foote left the company and in the same year, in store drum tuition was introduced with Frank King. 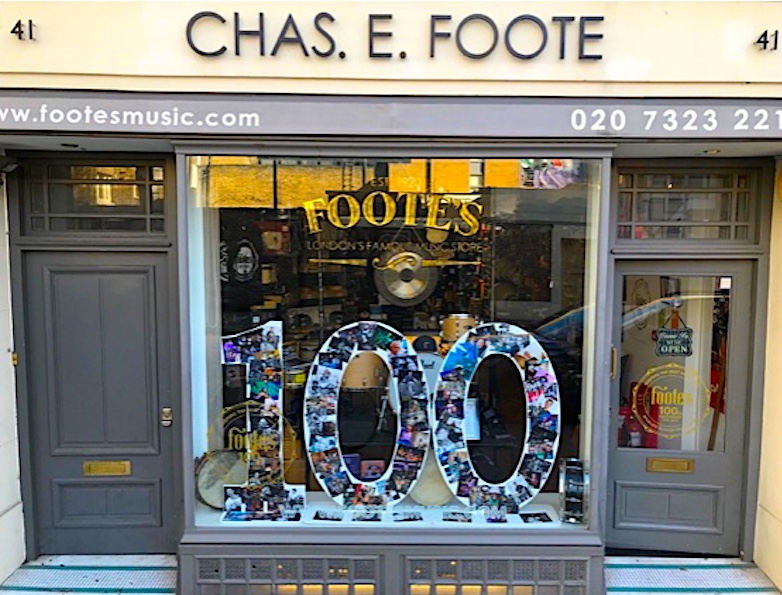 In 1969, Footes moved to 17 Golden Square and became established as the Premier drum showroom. Following the sudden passing of Frank King, the drum tuition seat was taken over by John Tayler who remained in situ until his retirement in 2012.  1991 saw another move to 10 Golden Square, just a few doors along from the original Premier office.

In 2012, the business passed to long term sales director Rob Wilson with the help of Nick Mason (Pink Floyd/Saucerful of Secrets). Nick bought his first drum kit at Footes in 1958!

The shop was moved to its current location at 41 Store Street where it continues to serve the worldwide drumming community.  It has one of the most impressive displays of drums and percussion in the country alongside tuition, a practice room and a dedicated cymbal room.

“Everyone at Foote’s would like to take this opportunity to thank all our friends, suppliers, manufacturers and, most importantly, our customers who have helped us achieve this huge milestone.  We’re proud to feel part of the drumming community and we couldn’t have done it without you! We look forward to many more years of trading and can now claim the title WORLD’S OLDEST DRUM STORE, which would have made Charles E. Foote as proud as we are”

Look out for more details of their anniversary celebrations on Saturday 11th July.