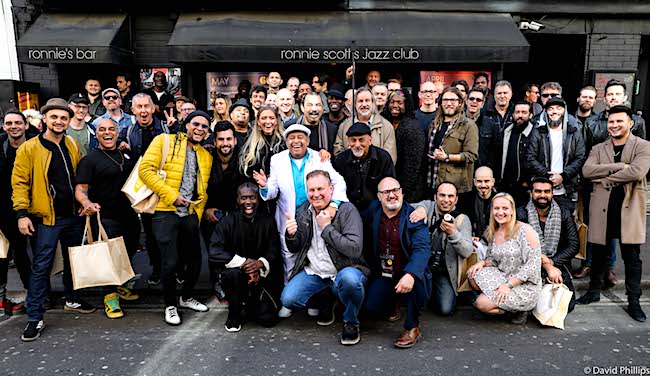 Latin Percussion (LP) recently celebrated more than half a century as the largest hand percussion brand in the world by hosting a second Rhythm Jam concert at the world famous Ronnie Scott’s jazz club in London. Special guests at the event were Grammy Award-winning percussionist Giovanni Hidalgo and Jamiroquai’s Sola Akingbola with his band, Critical Mass.

LP’s Brand Manager, Derek Zimmerman, commented, “Last year we celebrated LP’s longstanding association with New York City by throwing a similar event at the Cutting Room in Manhattan. The positive energy and comradery were undeniable.  Sola had wanted to include Giovanni at an event in the UK, so we decided to revisit the idea this year and invite our family to come jam with us at this incredible venue.  Big thanks goes out to Ronnie Scotts for making this all possible!”

The entire concert was filmed and will be released on LP’s YouTube channel later in the year.  LP’s social media platforms will be posting further information regarding the concert broadcast. 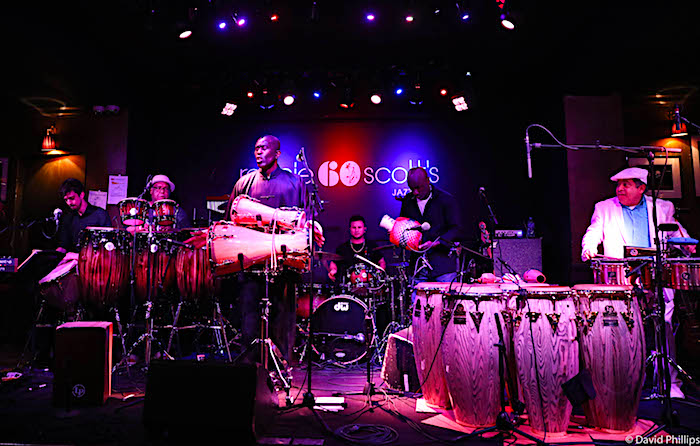 Founded in 1964, LP has been a leading pioneer and major innovator in the development of percussion instruments. Such is the company’s reputation many world-renowned artists, including Giovanni Hidalgo, play their instruments and work with them to develop new ones with specific sounds and styles.

Giovanni Hidalgo is arguably the world’s greatest contemporary conga player. His innovative approach has changed the art, concept and technique of conga playing, taking it to new heights. In recognition of his contribution to the world of percussion, the event saw him presented with the newly-established Latin Percussion Legacy Award.