Be a part of the Aston Microphones Developer Team (and get 25% off the next -secret – microphone!) 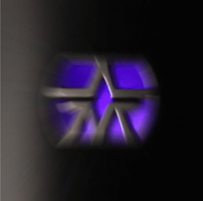 Aston Microphones are used the world over by countless artists, engineers and producers who rely on their sound and build quality for their work.

Every Aston mic to date has been developed in conjunction with the Aston 33 panel, a 600 strong group of many of the top industry professionals in the business who, through a series of blind listening tests, have ensured that each mic produced has outperformed all the competition, including big brand mics costing 10 times as much.

The Aston Element will be the first microphone in the world to have a sound crafted by the public, the musicians, engineers and producers who will eventually be using it to create their own musical magic. Aston have taken the mic to prototype stage – now here’s the chance to have your say on how the final version will sound. By registering to take part you can become a member of a voting panel who take part in a series of blind-listening tests.

There will be several stages of public voting between late April and July 2020. At each stage you will be able to listen to 5 takes for each of 3 audio sources (male vocal, female vocal and acoustic guitar) recorded on prototypes of the new Aston, alongside a number of competitors’ mics. Then you’ll rate them, from best to worst. But here’s the thing – you won’t know which sound files are which, or even which mics are being used in the test!

After each voting stage Aston’s design team will modify the prototypes in line with the voting results and the blind-listening test process will be repeated. Only when the new Aston mic is consistently voted the best sounding microphone will the Element be signed off for production. This whole process is being peer reviewed by participating magazines and a team of independent professional engineers and producers.

This is a unique chance for you to contribute to the sound design of a professional studio microphone.

Sign up to be part of the Aston Family Developer team 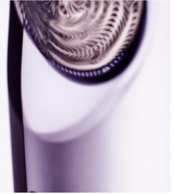 Every participant will not only be able to call themselves an official ‘Aston Family Voter Panel’ member, you’ll also have the opportunity to pre-order a highly collectable ‘Voter’s Edition Aston Element’ at 25% off list price. These will ONLY be available to members of the Aston Family Voting Panel (limited to one per customer) and will come complete with a certificate signed by Aston’s CEO, James Young, special edition window stickers and a special edition Aston pin badge, as well as digital logos for panel members to display on their own social media posts and web pages. The special edition mics will be available ONLY to Aston Family Voter Panel members.

To participate you will need to have access to a DAW or recording device plus good quality monitor speakers or headphones.

Sign up to be part of the Aston Family Developer team