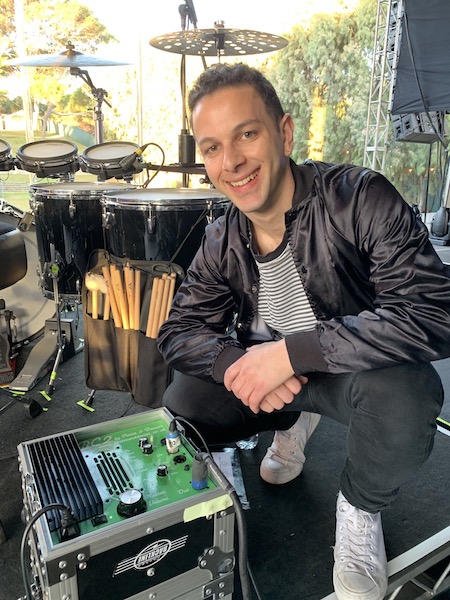 Porter & Davies, renowned for their world class silent tactile monitoring systems, are proud to announce new drummers using their range of products. These now include:

Kenny Aronoff, one of P&D’s first artists and one of the world’s most in-demand session drummers. He has contributed to more than sixty Grammy nominated recordings: Andrew Marshall, the drummer for teenage sensation Billie Eilish who following her Coachella debut and huge surge in popularity has been bumped up the schedule for this summer’s Glastonbury: George Receli, drummer for multi Grammy Award and Nobel Prize winner Bob Dylan since 2001: And Nic Collins, laying down the groove with his legendary father Phil Collins. All four have recently purchased the TT6 Equipped throne.

To find out more about the bands and musicians that use Porter & Davies gear please go towww.porteranddavies.co.uk/bands/.

To purchase any of the company’s products please go to www.porteranddavies.co.uk/shop/