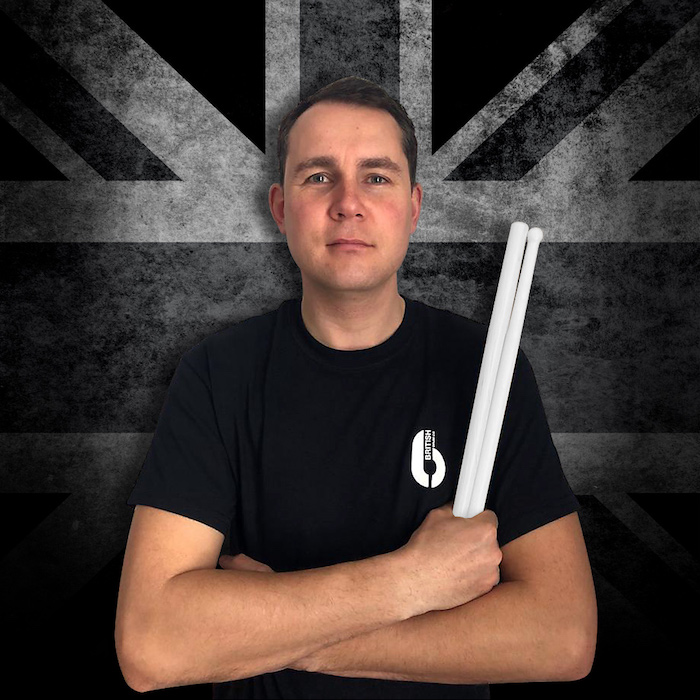 In what has already been a whirlwind year, the British Drum Co. are pleased to announce the latest addition to their artist family, Russell Piner, who joins as an independent marching artist.

Piner is a serving member in the Corps of Drums of Her Majesty’s Royal Marines. His extensive career has afforded him many opportunities to excel as a composer and as a drummer; writing multiple compositions and gaining his diploma in Snare Drum & Natural Trumpet in 2012. In 2017 Piner became Bugle Major Training at the Royal Marines School of Music and is responsible for the development of all Royal Marines drummers and buglers.

He has had the privilege of performing with some of the world’s best drum lines, including Top Secret Drum Corps, West Point ‘Hellcats’ Field Music Group and The Old Guard Fife and Drum Corps. In 2016 Piner became a member of the United States National Association of Rudimental Drummers (NARD), and in 2018 he was appointed to the education committee for the Society of International Rudimental Drummers (SIRD). Piner is also the lead organiser for the 3rd International Rudimental Drummers’ Symposium taking place in Portsmouth, UK between the 18th and 20th June 2021.

Commenting on Piner’s appointment, Marching Division Manager Warmington said, “Having Russ come onboard brings a whole new style of drumming to our ever-growing family of marching artists. Russ plays in, arguably, the best military drum corps in the world and it’s a privilege that he’s chosen to join the British Drum Co. Russ will be using a variety of drums from our highly successfully Regimental Series.