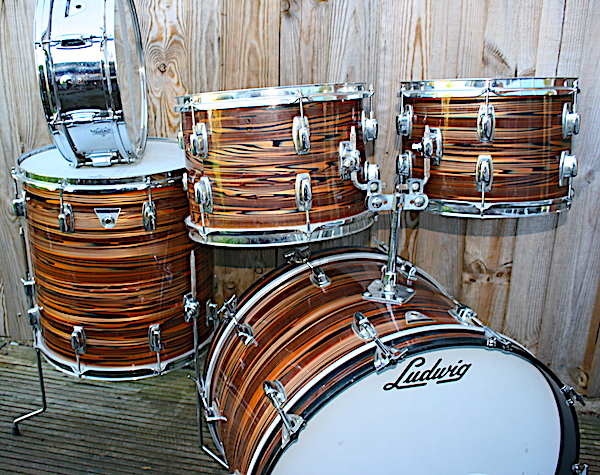 With vintage kits in high demand and prices following suit, there are other ways of getting ‘that’ sound without blowing your budget.

We’ve talked previously about the major drum companies forays into student or budget sets, with Gretsch’s Playboy set and the Ludwig Clubdates. There are others we will talk about very soon too.

But in 1968 Ludwig decided to launch a new range of drums known and labelled as the Ludwig ‘Standard’. They were made and aimed purely to compete with the MiJ (Made in Japan) offerings from companies such as Drum Mate, Royal Star and Pearl, which were flooding the market and damaging Ludwig’s sales. 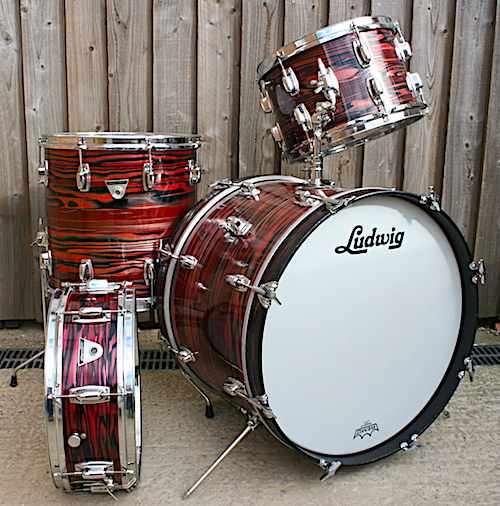 The great thing about the Standard range is, like the Clubdate prior, they used the same shells as the top line Classic drum ranges, just with re-worked hardware, 15 striking new finishes, and some variation in configurations.

We have had several of these sets through the door, and it’s interesting to see the similarities to the higher prices sets. A 1968 S-300 outfit, 20×14”, 12×8” and 14×14” we recently had in, sported a faded ‘Blue Mist’ (fine blue glitter) finish over three ply Mahogany shells with reinforcing rings and that infamous white Reso coat paint. The only difference other than name was the lighter lugs and mounts, and the price tag. 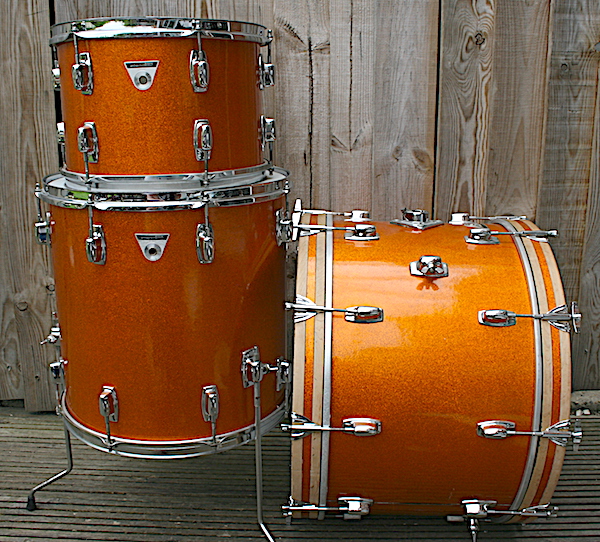 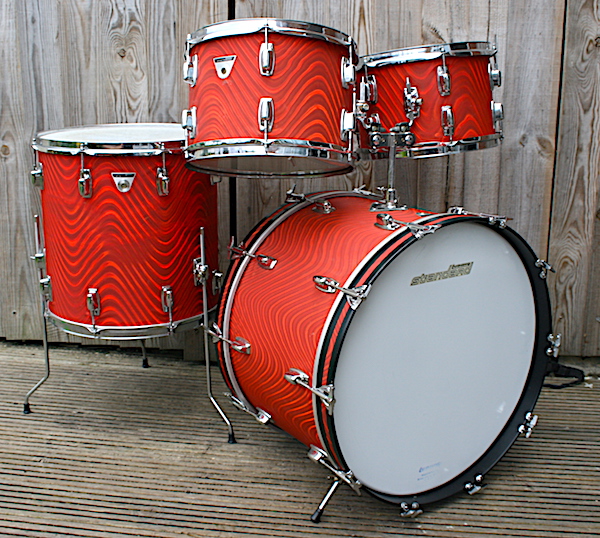 Even a concert tom style travelling kit was designed with triple tom mount on the kit, and (somewhat strangely) the same wrap finish inside the open shells as on the outside.

Despite the complete re-work and design, some Standard sets do turn up with Classic lugs, believed to be built when Standard parts were in short supply, and the line continued up to 1983.

So all in all, these are great sounding sets if you can find one. You get a lot of ‘bang for your buck!’ Despite the name, these drums are anything BUT Standard! 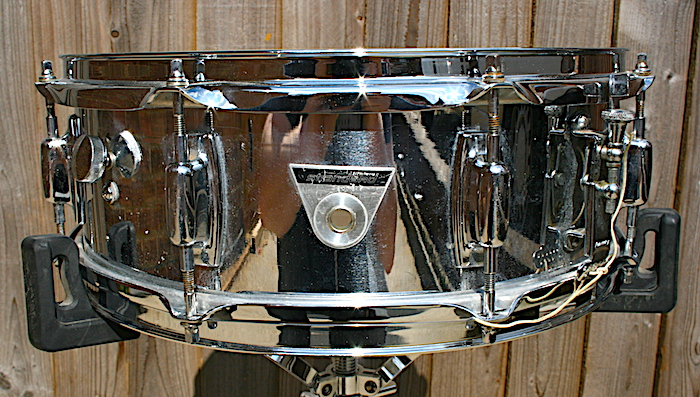