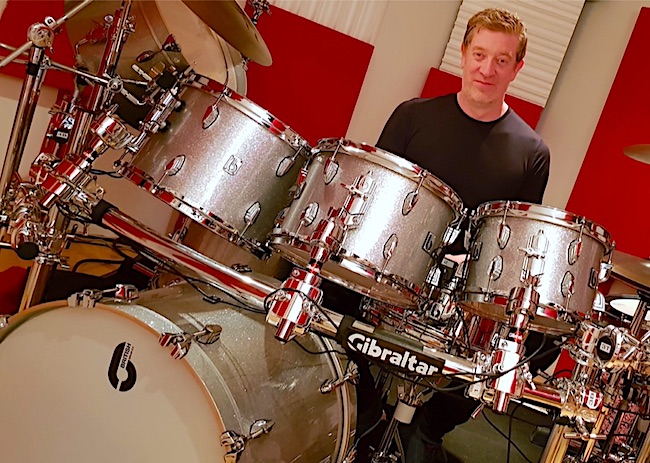 Drummer Richard Brook has joined the growing roster of artists who have chosen British Drum Co. drums as their instrument of choice. Richard’s decision to join British Drum Co. coincides with him sitting in on the European leg of the Take That tour for Donovan Hepburn.

His own progressive band ‘Headspace’ released an album ‘I am Anonymous’ to critical acclaim.

Richard is also head of drums (working alongside another British Drum Company artiste, Pete Cater) at the London College of Creative Media.

Speaking about his brand new Legend Series drum kit, Richard said, “For a while I was happy not being with a particular company and then I spoke to Mel and Keith at British Drum Co. I thought I was a drum geek, but they are on another level! The thought and passion that goes into these drums is staggering. I love the Legend kit that Keith and the team built for me. Great live kits sometimes don’t step up in the studio but these drums also sound fantastic under the mic’s. BDC are onto something really special here and I’m so glad to be a part of it.”