A Mass Of Software 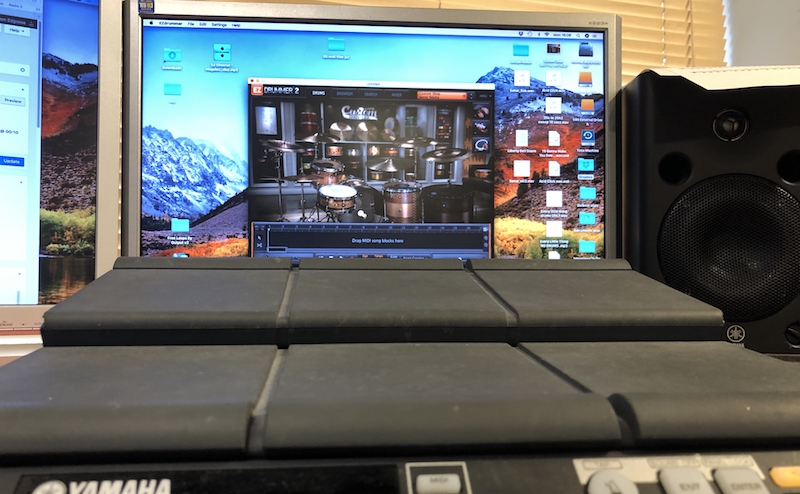 I’m not sure about you, but as I have bought lots of drum software from different manufacturers in the past, I regularly get emails with offers and special deals. These could be anything from sample packs to new sound packages, to new MIDI packs and I’m often tempted.

But should we buy software, just because we can?

Over the course of the last few years I have probably bought much more drum software than I actually seriously needed. However, in the last couple of days I was reminded why it’s good to have too much software, rather than not enough.

I was very recently contacted by a long time friend who is a samplist. In other words his profession is to make samples for different companies, whether it be for software packages, or for the free CDs and DVDs which are given away with music magazines (or more normally nowadays, the free downloads). He’s very good, very quick, and you’ve probably heard loads of his stuff, but you wont know his name.

He needed me to record a load of ‘jazz’ loops and patterns which would be chopped up and affected to make them sound like they were from particular genre/time. Normally when I do these things I get given a little bit more information to go on – tempos, track references, an idea of the sound of the kits that is required etc but on this occasion it was just “Help! I need a load of ‘jazz’, can you do it?”

I’m always up for a challenge, but I was only just back from the UK Drum Show and had a week of preparation for my next job, so I knew time would be tight. “Of course… when do you need it?”…

Ok, so how to knock out some really good and realistic sounding loops and parts in no time at all?

Well, I always have a sample pad/multipad connected to my studio Mac, completed with pedals for hi hat and kick, for exactly these moments, so I was good to go from a performance point of view, but what of the sounds?

A couple of days before, one of the major drum software companies had released a 1950’s big band expansion pack (I’m sure many of you will know exactly who I am talking about), so that was my first option, but I also needed some different sounding kits as I wasn’t 100% sure how the final drums and patterns would end up sounding – I knew they were to be chopped up and messed about with, but that could be 1930 feel or something totally different I hadn’t even considered.

So this was when having too much software was perfect. There is no point in owning software if you never listen to it and know exactly what it can offer you, sound wise. If you buy something, you need to check it ALL out, otherwise it is just clutter on your hard drives.

I knew I had a few other expansion packs from the same manufacturer which had some great sounding stuff, both using sticks and brushes, so I selected three different kits, with stick and brush performances for a total of 6 very different drum kit sounds. All I had to do was capture the performance (MIDI data in this case) of me playing using the multipad and play it back through the six different sound options. Easy.

The easiest way to capture the performance data (ie me playing on the multipad) was to use the midi recorder built into the stand-alone software version of the drum software, which had a click built in. After playing for a few minutes, I just had to drag it onto my desktop, name it with the correct tempo and if it were more stick or brush content, and my performance was done.

Then I had to play back my chosen performances back through the drum software to capture the sounds.

I opened up a new Logic Pro X project, dragged in the data, opened the drum software again and found the kits I wanted to use. Then I played the midi data back through the drum software and let Logic export it as audio files. This generated 55 minutes of stereo audio files, which I loaded into a Dropbox folder for my friend to download, edit and tweak.

Now, this doesn’t sound particularly difficult, and it wasn’t, but even 5 years ago I could not have done this and had such excellent results. Though I say it myself, the realism of the recordings was pretty incredible, thanks to the sound of the drum software.

Because I knew what sounds I needed and where to find them, it was fast (probably an hour from start to finish) but my 9 minutes of playing, through 6 different sounding kits made almost an hour of content.

A couple of days later I received copies of the final result – effected to sound rather different from what I had imagined in my head, but still recognisable.