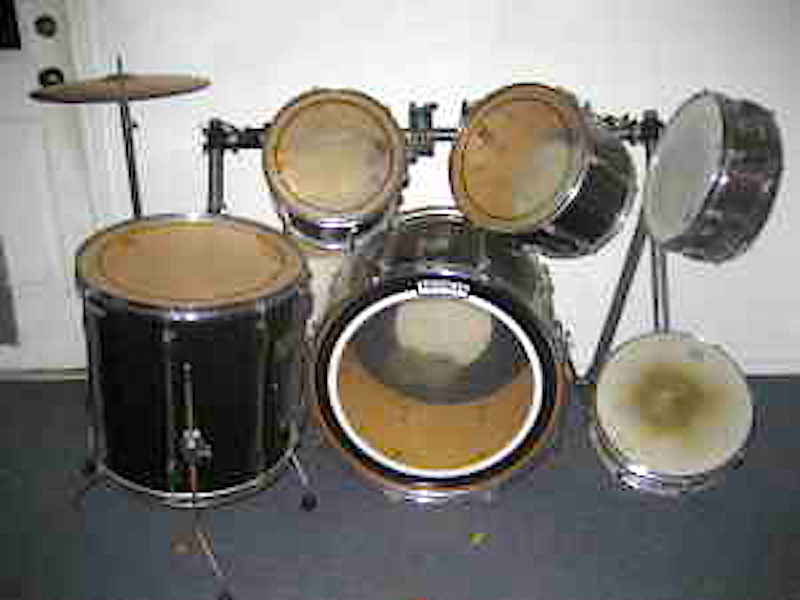 Perhaps there’s another reason for those weirdly set up kits…

Electronic kits have one unique ability – in the words of the great Bill Bruford, talking on Rockshool back in the early 1980’s about his electronic kit “Any pad can be any thing, at any time”. And that go me thinking…

I once sat in on a West End show (now long since closed) where a friend of mine had been asked to write the drum part. The show’s music was a hybrid of Eastern and Western and when the show transferred to London there was no drum music pad as such, so my friend was handed a pile of blank manuscript paper and asked to write to the part down as he went on.

Now my friend is a clever chap – he’s a truly excellent player and is always forward thinking. He knew that he would get bored if he continued to do the same show for months, or years, on end, and play the same thing, exactly the same way each night, eight times a week. He had to think about how he was going to keep himself from getting bored, still be continuously tested, and keep himself on his toes, while still playing the same thing.

Thankfully, he was playing electronic kit so he devised a way to keep himself occupied. He realised that if he had to play a conventional 8th note rock pattern, habit would make him always play the hi hat with his right hand, his snare with the left and his bass drum with his right foot. But, if the location of each instrument changed every fixed number of bars he would always have to be thinking ahead. By this, I mean that, as an example, every eight bars the drum module would be sent a control signal to change patches and the bass drum would become the snare drum, the ride cymbal would become the bass drum, and the snare drum would become the hi hat, or any other combination, and eight bars later the combination would automatically change again, tom 1 became the snare, tom 2 the bass drum etc etc. The challenge then became to learn, or pre-empt the changes and effortlessly continue the groove as though nothing had happened.

And he pulled it off. Watching him play the show was mind numbing as it looked like he was miming on the pads as the grooves would continue but his arms and legs would be continuously changing what they were doing, even when the pattern remained the same! It became a feat of pure mental flexibility and amazing coordination. Unfortunately, it also meant that lots of other players didn’t want to stand in on that show as it was so difficult to learn… 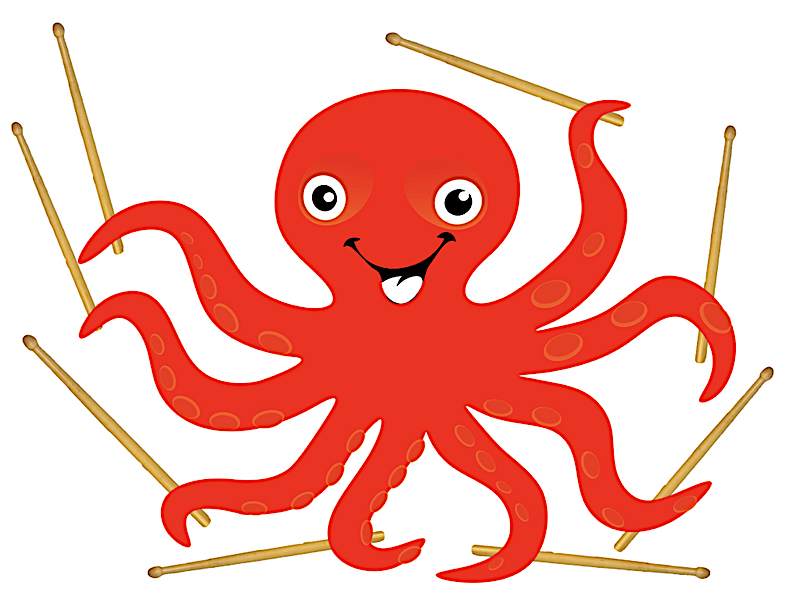 So that got me thinking, and along with working with an artist this week who has a very strange (when compared to the normal) but completely logical drum kit position, I began experimenting with ways to keep things interesting. And I really recommend that you try it too.

The easiest way to randomise the kit is to just unplug all of your cables from the back of your module and then replug them back in in a random order. This is great because you really don’t know what to expect, you can always go back to how it was, and also you can’t do this on an acoustic drum kit. If you want to go one step further, you can create lots of randomly positioned kits (bass drum on the snare pad, tom 1 on the ride cymbal, tom 2 on the hi hat etc) and you randomly pick one before you start practising.

This is a really good way to be creative as you naturally come up with patterns which you would never normally do (or couldn’t physically play) – they sound familiar, but not quite right.

Of course, the other thing that you can do with the electronic drums which you can’t do with an acoustic drum kit is just move things around, such as move your hi hat pad over to the right hand side of the kit but keep the pedal on the left, mimicking a cable hi hat on an acoustic drum kit. It’s really obvious but very few people I know actually do it.

So here is your mission for this month – randomly plug in your pads into your module and then play along with your favourite track and see what happens. Strangely, the world won’t end, or stop rotating, and I can guarantee that it will open up a few rhythmic doors in your head.