Polyphony and the Pitfalls of Non-Placid Playing 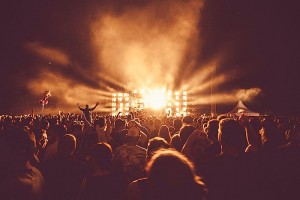 Okay, so here’s our next subject – polyphony.

So what on earth is polyphony? Well, it comes from two Greek words, ‘poly’ meaning ‘many’, and, ‘phony’, meaning notes, and for us drummers it just means how many notes can your drum module play at the same time.

All electronic drum kits have a processor of some sorts controlling the playback of sounds, all your settings and parameters, and everything else associated with making it sound vaguely like a drum kit. Now all processors have a limit to how much they can process at the same time. On electronic drum kits, processing limits regulate how many notes your drum kit can play at the same time without there being any problems.

So maybe your electronic drum kit has 64 notes of polyphony. That means you can play 64 different hits and each one of them will sustain for as long as it is required to do, but as soon as you play a 65th note, (usually) the very first note that you played will stop (this is called ‘note stealing’). In most situations, this really isn’t a problem as by the time you get to note 65, the first note you played will have died away and cannot be heard.

However, if that first night you played was a drum loop and it’s looping round and round, and you are busily playing over the top with long sounds, then you may be in for a surprise. If your first note was the loop, and notes 2 – 64 are long samples (such as cymbals and ringy toms) and you hit another note on top there is a good chance that your lovely, grooving, drum loop will stop. This could be quite embarrassing if it happens in front of a large audience.

Of course, this doesn’t often happen as we don’t generally play 64 notes of long ringing sounds such as ride cymbals (or do we?). However, how long does it REALLY take to play 64 notes? Well, if I play a nice, clean, fast buzz roll, then I can hit 64 notes in a little under 2¼ seconds (I just checked with a Keith McMillen Bop Pad into Garageband if you want to know). So if I were to start a gig with a drum loop and then do a buzz roll, I’d probably be in trouble.

So what, you’re thinking, I’ve never heard of this happening.

Well, last summer I had a call from a friend/client of mine who had this exact problem. He was triggering a backing track off a (well known) sample pad device, and playing a groove over the top on the same device. Normally he played a simple eighth note groove, but he was doing a festival and was enjoying himself in front of loads of people, so he flung in a few extra 32nd note hi hat bursts that he didn’t usually play… and you can guess the rest.

So I looked into why this had happened and to our surprise, the device had a polyphony of “20 but could be 16 depending on the operating state”. Which means if you trigger a backing track and do less than a seconds buzz roll, then you might (probably) come unstuck, and he had.

But what if you don’t trigger backing tracks and loops off your kit? Well, you can still have issues. If you’ve been reading the previous articles (and if not, WHY not? Grrr…!) then a bell might be ringing in the back of your mind somewhere that this cropped up before.

On the article about Threshold (the level below which pad hits are ignored), then I mentioned how having your threshold set wrongly could be using causing your kit to sound strange. This is because, if the threshold is set too low, then vibration (through the floor) and crosstalk (from other pads) could be triggering sounds (often so quietly that they cant be heard) causing your module to lose half or more of its polyphony. This could be making your cymbals stop unrealistically or other drums or pads to ‘choke’ or stop for no obvious reason.

As an example, if your thresholds are set way too low, then a single ride cymbal hit could also be triggering your crash pad and the three toms (because of the vibration through the rack), instantly lowering your polyphony from 64 (say) to 12 (roughly). So less than half a second of buzz roll and your module will be ‘note stealing’.

Also, if your ‘Reject Time’ settings are wrong, then you might be eating into your polyphony as well. We’ll look at Reject Time (also known as Mask Time) very soon. But if you have ever been playing constantly on a pad and then suddenly one note is much quieter than the rest (it often seems to happen when triggering big, long tom sounds on wobbly pads), then you possibly need to look at your Reject Time as they might be allowing the vibrations of the pad to steal even more notes than just your playing.

So what can we do? Surely it seems pretty hopeless – our electronics are out to get us!

Well, not really. The reality of it is that the major manufacturers have develop some pretty clever ways of disguising polyphony without it (hopefully) affecting us. These are things like not stealing the first note played but stealing the quietest note playing or the quieter of two similar sounding instruments (after all, can you seriously tell how many times a tom has been hit by only listening to the ringing of the head?). Generally this works fine, but on some occasions things just happen and you wonder why everything has stopped.

What you CAN do is buy gear that has better polyphony than other similar products. That way, at least you’ll be able to to trigger a backing track AND demonstrate your sexy buzz roll to the audience of 150,000 at Glastonbury without unnecessary embarrassment.