When It All Goes Wrong… 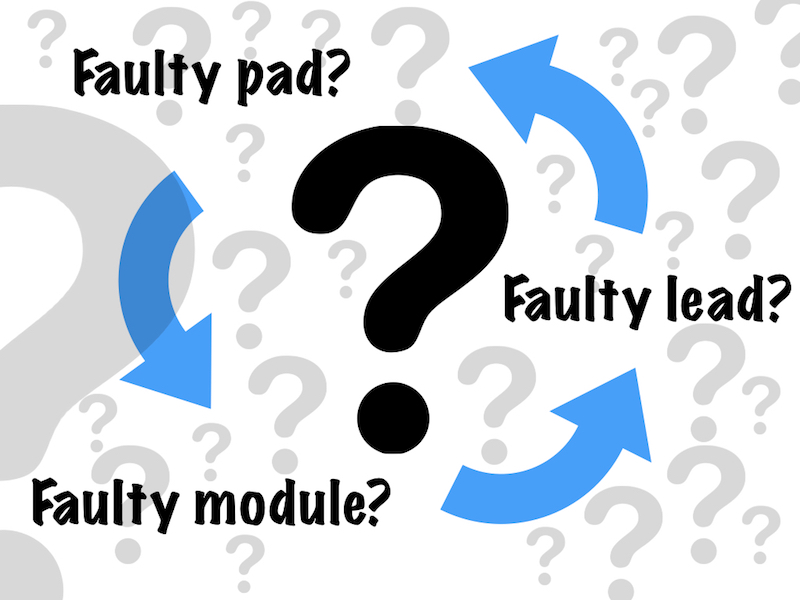 So, you have your lovely shiny electronic kit all set up. You have tweaked it for weeks and it sounds great and is just right… and then, inevitably, something starts to behave oddly. And it is always at the worst possible time… or at least it seems that way.

Is it the pad? Is it the module? It is something else? How do we find out?

Well, this month we look at trouble shooting problems and how to keep going.

Say one of your pads had stopped triggering altogether or is just behaving oddly. The steps you need to follow are…

So, in 6 stages you can completely trouble-shoot the problem. If the above doesn’t find the fault, then you have more than one existing problem.

But why do pads and leads and module input fail? Well, they are man made so of course they will fail eventually. Plus, just like new cars, if they don’t fail after a few years, there wont be a market for new cars!

The other thing is that the parts inside the pads and the leads are bought to keep the price down. The piezo in a $400 pad is probably from the same manufacturer who makes the piezo for the $50 pad.

Also, pads take a lot of abuse – constantly being struck hard with lumps of wood, and sometimes the vibrations just wear away at the solder and cause it to fail.

I recently mended a pad which had a very obvious rim sensor failure. I ordered the part, changed it over, but the pad was still behaving oddly and was intermittent with an earthing problem which caused constant triggering. Only after stripping the pad completely did I discover that the jack socket had been hit and one of the little metal pins which are soldered onto the circuit board had completely broken off. The weight of the cable pulled the connection together, but as soon as the pad was tilted past a certain angle, the pull of the cable separated the parts and the pad failed. Two problems which disguised each other. This, though is rare.

Next time, we’ll look at the parts inside the pad, and how we can customise them to behave how we want, or to work with another brands module.