You’re Too Loud! (well, your cymbals are…) 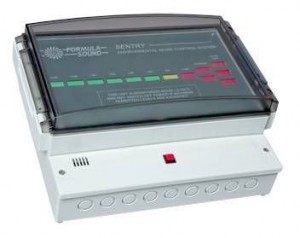 Nobody likes a sound limiter…

I heard a track the other day which made me really think. It was put up onto social media by a drummer who presumably had just got his first serious electronic kit and had replaced all the drum parts on his function bands web site music with new parts recorded on his new, shiny kit.

The playing itself was pretty good, and it was obvious that he was really enjoying his new kit. But something else really stuck out.

This drummer was approaching his drum parts as though he was playing them on an acoustic kit and he hadn’t thought about the mix and how it sounded. And because of this his cymbals were so loud in the mix that whenever he hit a crash, it basically obliterated the other instruments in the track. The drummer was basically hearing the electronic kit as though it were an acoustic drum kit and he was sitting behind it.

And this got me thinking about what a weird predicament we are in as drummers. Let me explain…

If you are a keyboard player, you can be fairly confident that the audience will hear your keyboards in the same way that you do, may be a little louder or a little quieter, but the sound will be basically the same.

If you are a guitarist, you can be fairly confident that your guitar sound, complete with all the effects and everything else you put on it, will be translated fairly closely to the audience and that they will be able to hear that little subtle delay used on the third track just as well as you can onstage.

However if you’re a drummer, the socially accepted sound of a drum kit (in other words what the audience hears or what you hear on commercial music) is totally different from how you, as a drummer, experience an acoustic kit when physically sitting behind it and playing.

This is because the drum kit as a whole is, depending on how you look at it, made up of lots of separate single instruments. It’s not one single attachment like guitar or a keyboard but eight or more separate instruments which all need to be mixed correctly to make it sound good, and make us more employable. The engineer will take all the low end out of the overhead microphones, will EQ all the drums separately to find the best frequencies for the mix and possibly gate some microphones so that other instruments don’t leak through them. 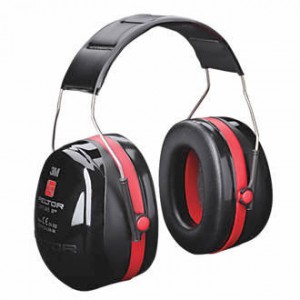 …but if your band mates need these when you hit your cymbal pads, then ‘Houston, we have a problem’

When you’re sitting behind an acoustic drum kit, your ears are maybe only half a metre away from the cymbals. And the bass drum is furthest away, resting on the floor and pointing away from you. This will give a cymbal heavy-, and bass drum light-, mix.

But to turn on the radio or open up a commercial music track on your phone, and you’ll hear a totally different mix. The bass drum and the snare drum will take centre stage, with possibly the bass drum taking a little bit more depending on how danceable your music is. The hihat will sometimes totally disappear into the mix, and you’re only hear the first half a second of each crash cymbal. If you are very, very lucky you might hear some ride cymbal, but to be honest the ride is usually often lost in the mix in a lot of commercial mixes.

So when we’re playing our electronic kits, practising or playing, and trying to make it sound like an acoustic drum kit, just bear in mind the relative volumes of all instruments.

If you are ever lucky enough to go and see a great studio player do a clinic (and from experience, Ian Thomas or Ralph Salmins spring to mind), without any microphones or any technology, I can guarantee they will produce a great, premixed, radio-friendly drum sound. This is what we need to achieve when we are playing our kits (either acoustic or electronic).

So here’s a little task you could try. Try recording just your electronic kit with no other instruments onto your phone or other convenient recording device, and just play a groove and a few fills for a couple of minutes.

Then listen back and really critique it. And then turn on the radio (Radio 2 is perfect for this if you’re in the UK as it still has a good mix of acoustic sounding music). Then compare the mix of your bass drum, snare drum and cymbals with those on the radio. You might be surprised about how quiet certain elements of the kit are.

Then, if you’re feeling brave, try changing the volumes of the individual parts of your kit to match the ‘radio mix’. Play how you normally play but just bring the drum or cymbal volumes up or down to match. Start with the bass drum, then snare, then hi hat, then crashes, then toms (toms in a commercial music track? Really?) then ride.

And then, in the long run, if you can train your ears to hear your electronic kit in the same way that you hear drums on commercial radio station, then that will make you much more sensitive to playing a premixed groove, just like the studio professionals I mentioned earlier.

If you are lucky enough to have electronic kit with multiple outputs (which tend to be the more professional units) then you are lucky as generally you’ll be giving the sound engineer separate cables for each channel, which they will be responsible for mixing. But, if your electronic it only has a stereo output (and let’s face it, most of those which are sold nowadays do) then you need to be much more sensitive about getting your mix right if you gig with your electronic kit. And in these days of even more venues with even more restrictive noise limiters, I’m finding more and more bands gigging with an electronic kit. Just watch the volume of those cymbals and, as much as you possibly can…