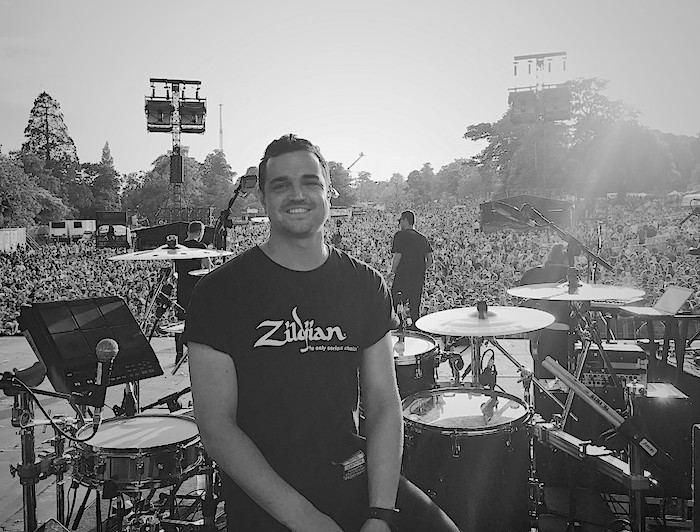 Hey, and welcome back. It’s a short one from me this month and hopefully this blog will kind of explain why.

So as another month passes and festival season is done and dusted the work can start to dry up as we head into the quieter winter months…not many tours are going out and new campaigns aren’t starting till the New Year. I thought I would briefly touch on what’s been going on for me personally as well as professionally.

As I mentioned in last months feature when I finished my last gig I took some time to reflect on the whirlwind trip that was nine months working with one of the biggest bands out there as well as taking some time out from touring for my personal life. Now don’t get me wrong, there’s plenty of people out there who tour a lot more than I do but I was at a particular point in my life where before that the longest period of time away from home was a month and I had been working pretty much full on for eight or so of those months.

I had around a month off after the 1975 tour ended for me before I got the call for Bombay Bicycle Club which was greatly welcomed as I was looking to find my next gig! As you know I did a few weeks work with Bombay in late July/early August but I’ll be honest, since then the world of touring has been quiet!

I wasn’t really looking for anything else as Bombay will keep me busy from November and the most of next year if all goes to plan, but that just left a few months in between to fill but I consciously decided to take August off. I had some plans – I went on holiday, had a best friends wedding and got engaged. All of that as well as wanting to spend time with my new puppy and new fiancé!

I did ask around for a while looking for work to fill the gaps but I knew I couldn’t commit to anything on a long term basis because of my commitment to Bombay Bicycle Club. I did a day back with Bombay splitting some gear for them and sorting out a flight carnet plus a day helping set up for Will Young’s band covering for a friend of mine, but other than that that’s about it!

I’ve just been enjoying some time at home before it all goes a bit crazy again next year.

Sometimes that’s just how the business is, and that’s the life of being a freelancer in the music industry. One minute you’re craving that time off at home with friends and family and then, after two weeks of sitting in your pants at home doing the house chores, you just want to go away and work again!

So, as with all freelancers, its all about balance – “If I do this now, that will mean I can take that time off. If I have that break then I’ll have to keep everything on pause before that starts”. Thats just the way it is. It really messes with your head when you start, as we feel that if we aren’t working constantly there is something wrong, but as with all things, you get use to it and the backwards and forwards, and ups and downs of the year become expected and accepted. Just like taxes and death, but much more entertaining!

So we all do, what we’ve always done;

I’ll check back in next month and maybe see you on the road.